It’s been an unprecedented year for the world, and not least the music industry, where the live-entertainment business was flattened by the pandemic but other areas, notably streaming, publishing and recorded music, managed to thrive in adverse circumstances. And as with all business, where there’s movement, there are lawyers, and below are some of the industry’s biggest movers and shakers of the past year. Also honored for their work in music are Universal Music Group’s Jeffrey Harleston, who is the company’s general counsel and executive VP of business and legal affairs and is the interim chairman/CEO of its Def Jam label, and power attorney Kenny Meiselas, who reps the Weeknd, Lady Gaga, Lizzo, Jhene Aiko and many others. Variety‘s Power of Law event takes place virtually on Friday, April 9. See the full list of recipients here.

Frid is known for repping many of the biggest names in music, including Neal Schon in a lawsuit over the rights to the Journey band name; Universal Music Group in a case against ROK Mobile over licensing fees; William “Smokey” Robinson regarding commission claims; and Korean hip-hop duo Tiger JK and Yoon Mirae over promised shares in a VPN company.

The Roaring 2020s: “People have missed live performances, and it’s just such a big part of many people’s lives that once it actually opens up it’s going to be unprecedented,” says Frid of a return to live events once the pandemic subsides. 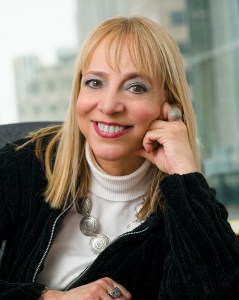 Look Out for Waves in DMCA Safe Harbor: “These behemoth ISPs that allow massive amount user-generated content to infringe without taking the appropriate steps, whether it be filters and/or licensing mechanisms, may find a little more heat on their backs,” Lepera says.

Atlanta-based litigators and dealmakers Rogers and Rose joined Fox Rothschild in September 2020, on the heels of winning an appellate decision for rapper Rick Ross upholding the dismissal of a suit by 50 Cent for Ross using his song “In Da Club” on a promotional mixtape. The duo has also litigated cases for actors, musicians and media figures such as Steve Harvey, Mo’Nique, K. Michelle, Lil Duval and Mizay Entertainment. They also secured major deals for their clients with such companies as Nike, Revolt and Savage X Fenty.

Pandemic Pause: “It just slowed everyone down and allowed us to kind of strategize and sit back and really come up with a 10,000-foot plan,” says Rogers.

The Future Is Now: The pandemic accelerated transformational activations that remake the media landscape, Sammataro says. For instance, he finds that the music industry asks, “Can we use live streams to augment and accentuate the in-person concert experience in a post-pandemic world?”

Alter and Baron have been at the center the recent frenzy of megamillion-dollar music rights deals, handling more than $1 billion in transactions over the past 18 months. They repped Primary Wave Music in its acquisition of various interests in the publishing and master recording catalogs of Stevie Nicks, Olivia Newton-John, the Four Seasons, Whitney Houston, Burt Bacharach, Bob Marley, Culture Club, Air Supply and Sublime. Other clients include Reservoir Media Management, which purchased 16,000 copyrights from music publisher Shapiro Bernstein; Steve Miller; Foreigner; David Gilmour; Ray Davies; and the estates of Ben E. King, Ira Gershwin and Syd Barrett.

Music Catalogs — To Sell or Not to Sell: “We always advise seller clients to care- fully consider whether the purchase price they’re getting today, which seems amazing, is going to seem amazing five, 10 years down the line,” says Alter.

Altschul has repped SM Entertainment, described by Forbes as “the company that created K-pop,” for the past 12 years and negotiated licensing and distribution agreements with the label’s U.S. partners. SM Entertainment has produced dozens of K-pop artists over several decades, including current supergroup Shinee. He’s also worked on Beyond Live, the label’s live-streaming concert platform, during the past year. Altschul reps XIX, Simon Fuller’s management company, and negotiated agreements concerning Now United and advised on other upcoming projects.

Better Than the Real Thing: SM Entertainment “has had some very successful concerts with their biggest groups on [Beyond Live],” says Altschul. “I don’t think that’s going away once the pandemic is over.”

Last year the Davis Firm was involved in the explosive success of webcast music competition series Verzuz, introduced during the pandemic and created by producers Timbaland and longtime TDF client Swizz Beatz. The series began as a virtual DJ battle, with Timbaland and Swizz Beatz facing off via an Instagram Live broadcast. Davis closed DJ Snake’s extension at Interscope Records, as well as his Puma endorsement and signature line deals. Davis also managed Barry Manilow’s catalog deal with Hipgnosis. Additionally, through its expansion into film and TV, the firm handled the deal for DJ Cassidy’s “Pass the Mic” with BET for a series of event specials, and the platform expansion deal for LL Cool J’s “Rock the Bells” with SiriusXM.

Survivor’s Instinct: Davis, son of music mogul Clive Davis, was Variety’s 2018 Power of Law Honoree, recognized for his philanthropic work to fight cancer since being treated for and overcoming the disease over a decade ago.

Eisman and Mastroberte were in the headlines in October when they repped Shamrock Capital’s acquisition of the masters to Taylor Swift’s first six albums, a deal reportedly worth $140 million. The following month, they helped close another high-profile music transaction, negotiating the sale of indie label Artist Partner Group to Atlantic Records. Those are just the latest in a long line of big deals for the duo, which include Katharine Jackson’s sale of her late son, Michael’s, share of Sony/ATV Music Publishing to Sony for $750 million in 2016. They have a wealth of other high-profile clients spanning the film, television, music, digital media and talent rep segments including Alamo Records, the Jim Henson Co., Mythos Studios, Project X Entertainment, Tommy Mottola and Quixote Studios.

Why All the Music Deals? “Music streaming has been one of the breakout hits of the pandemic, and it’s really been driving a lot of the growth,” Eisman says.

LaPolt and Songwriters of North America, which she co-founded, successfully advocated inclusion of independent contractors and sole proprietors for the federal COVID-19 economic assistance. Her clients include Deadmau5, Iann Dior, 21 Savage and Steven Tyler. LaPolt, whose law firm includes 10 full-time attorneys, was a key mover of landmark federal legislation Music Modernization Act of 2018, which cemented her legacy in the business. She was named Variety’s Power of Law honoree for 2020.

NFT Craze: LaPolt is stoked about non-fungible tokens as an emerging income source. Artists can issue crypto NFTs for their owned content, and “every time an NFT is traded the music creator gets remuneration,” she says.

Manatt’s music practice has done more than just score big deals for its big-name clients, who include Steve Perry, Peter Frampton, Jackson Browne, Wynonna Judd, Chuck D and Public Enemy, George Benson, Styx, Death Cab for Cutie, Pat Benatar, Sly Stone, Michael McDonald, Courtney Love, Daniel Lanois, Tracy Chapman, Fall Out Boy, Marshmello, Debbie Harry and Debbie Gibson. It’s fought to make sure musicians of all stripes can keep working. In 2020, Bromley was the lead negotiator in the effort to secure a comprehensive music industry exemption to California’s AB5, a law that threatened to cripple the state’s “gig economy” in music. The firm has also been making big deals buying and selling music catalogs, with Phillips closing major financing deals for Burt Bacharach and Paul Anka with Primary Wave Music, and Biederman completing nearly a billion dollars in transactions for clients in the space. The firm has also helped clients navigate the pandemic, with Tashman taking the lead in negotiating and designing frameworks for self-distributed releases and digital alternatives to traditional concerts.

Live Music on the Comeback Trail: “We’re thinking by the third to fourth quarter, it’ll start looking good, then by 2022, it will be like the Roaring ’20s, people are so eager to see live music,” says Bromley.

Founded by Rothenberg, Mohr and Binder in 2018, the firm is known for the cutting-edge, multi-platform deals it makes for its stable of music biz clients. For Rothenberg, recent highlights include negotiating Andra Day’s starring role in “The United States vs. Billie Holiday,” which earned her an Oscar nomination for lead actress; a publishing venture with Universal Music for Kenya Barris (“Black-ish”); and Logic’s seven-figure exclusive streaming deal with Twitch. Mohr handled client Chloe x Halle’s partnership with Victoria’s Secret for their “I AM Enough” campaign, and negotiated all the agreements for Kehlani’s album “It Was Good Until It Wasn’t,” as well as the deal for her new publishing agreement with Pulse Music Group. Binder closed label deals for Kendrick Lamar and SZA at UMPG, Khea with Interscope and music manager Moe Shalizi with Pick Six Records.

Not Hidebound by Tradition: “We’re not saddled with decades of policies or politics,” says Mohr. “We’re young enough to be able to pivot our business and be nimble.”

Nimble: With the pandemic shutting down concerts, Katz says the music industry pushed live-stream concerts, sponsorships, partnership with brands and merchandise for talent. “It’s more important than ever to maximize opportunities outside of traditional touring,” she says.

When stay-at-home orders were issued at the outset of the pandemic, Kim and her team aggressively sought out monetary relief for ASCAP members, helping the org set up direct grants to songwriters and composers in need as part of the MusiCares COVID-19 Relief Fund, and working with the U.S. Secretary of Labor to make sure that music creators, who are mostly self-employed, would receive unemployment benefits under the CARES Act. At the same time, they closed multi-year deals with a number of major music licensees.

Meet the New Boss: “Radio used to be the most dominant supplier of public performance royalties, but I think this year streaming music services eclipsed terrestrial radio as a category,” says Kim.

As leader of the New York-based Sony Music Entertainment team, Swidler has been at the forefront of modernizing the company’s artist contracts and updating its royalties reporting systems, enabling profit participants to collect earnings faster. She also championed the company’s nonpartisan U.S. voter campaign, Your Voice, Your Power, Your Vote. Working alongside her, Bondell completed more than 75 major artist, label and distribution deals across the U.K., Canada, Continental Europe and Asia in the past year, while helping finalize over 30 international COVID-19 relief charity projects. Walker focuses on the worlds of social media and gaming, working with digital service providers to create innovative exploitation models covering everything from live concerts to fitness classes. He’s also a key driver of the company’s social and racial justice task force, formed last year. Meisel oversees company’s investments, ranging from merch, promotion and podcasting to labels and live events, including the recent acquisitions of artist distribution and services company Human ReSources and U.K.-based music merchandiser Probity.

Theory of Everything: “We’re Rome in the sense that all roads lead to us,” says Swidler. “We get involved in everything, so it’s incredibly important that we understand the business we’re working we’re in.

Fowlkes’ clients include musical artist Blxst; Section 8, the producer behind Lil Baby’s chart-topping single “The Bigger Picture”; and TikTok sensation 645AR. He also reps Producer Grind, a digital community serving music producers worldwide. Fowlkes founded his firm in 2018 as a “law practice that’s both Black-owned and intentionally Black-operated,” and his clients boast music contributions in over 30 Billboard-charting albums. Within the past year, Fowlkes has negotiated deals worth over a combined $10 million. He also serves as adjunct professor at Rowan and Drexel universities, helping them build out their music programs.