Stephen Sondheim Honored by Broadway’s ‘Company’ Before Friday Night Performance: ‘He Was So Giving to Us’ 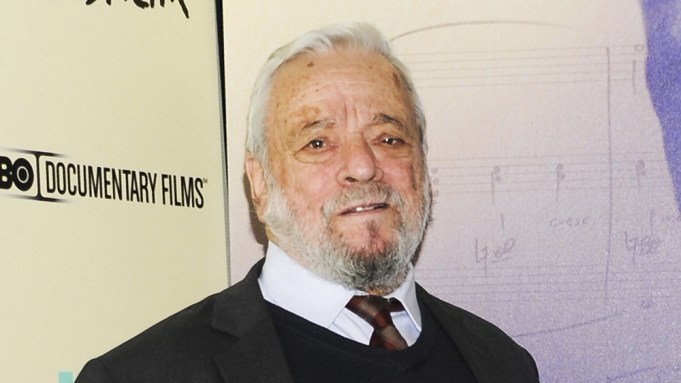 The show must go on.

That’s what Broadway’s latest production of Stephen Sondheim’s “Company” did Friday night at the Bernard B. Jacobs Theater, but not before director Marianne Elliott paid tribute to the late composer, who passed away just hours before at the age of 91. “He was truly the greatest artist that we in our lifetime possibly will ever know in this art form,” she said to applause, before the curtain was raised to show the cast standing together on stage. “Obviously, everybody is very shocked because everybody on this production knew him very well.”

“He was the most artistic and collaborative person ever,” Elliott continued. “We all feel extremely honored to have worked with him so closely.”

Elliott recalled meeting with Sondheim to suggest changes for her production of “Company,” including switching the central character from a man to a woman.

“He didn’t need to do that but he became the greatest enthusiast for it. Every single line of George Furth’s and every single lyric we talked about it, we debated, we argued, we chatted, we laughed. He was hugely involved with this particular production and very proud of it, I’m so happy to say.”

Elliott recalled Sondheim attending the production’s first preview performance. “I could hear his laughter now,” she said. “He was so generous and so giving to us. He really knew about giving joy to the world and giving joy to the audience and I really hope tonight will be a celebration of his joy.”

The tribute ended with star Patti LuPone choking back tears. She said, “All of us on the stage — cast, musicians and crew — dedicate tonight and, going forward, our entire run to Stephen Sondheim.”