‘On Record’ Book Series Is a Time Capsule of Pop Music, Year by Year

A picture paints a thousand words, the old cliché goes, but it’s truly amazing how much publicity photos of musicians can say about a certain year: The clothes, the shoes, the hats, the belt buckles, the scarves — and most of all, the hairstyles (and lack of styles). G. Brown’s collection of photos and words, “On Record,” begins with three particularly visually vivid years: 1978, 1984 and 1991, and by the time you’ve seen all 200 photographs, you’re in those years.

Brown, a veteran music writer based in Denver, keeps the text light, but the photos are another story completely. They’re essentially arranged by genre, which means that 1978, for example, ranges from the arena rock of Journey and Boston to pop singers like Kenny Loggins and Barry Manilow; from the satin disco of the Bee Gees and Donna Summer to the Sex Pistols and the Clash; from the of R&B of Parliament-Funkadelic and Boney M to the aging prog-rock of Yes and the Moody Blues. The year also marked the debuts of Prince and Kate Bush; and suffice it to say that the late 1970s were a memorable era for county music fashion. Some of the photos have management or publicity contacts printed on the bottom — who knew that our good pal Larry Solters repped Barry Manilow in 1978?

Some acts, like Rod Stewart, Van Halen, Genesis and Chicago, appear in all three volumes, and like all organisms, some adapted to the changing environment better than others. But along with the bell bottoms of 1978, the poofy hair of 1984 and the baggy suits of 1991, most amusing here are the artists who are clearly fish out of water in a certain era (witness the Doobie Brothers in 1991). These volumes are the first in a series that plans to cover the years 1978-1998 (with 1981 up next). 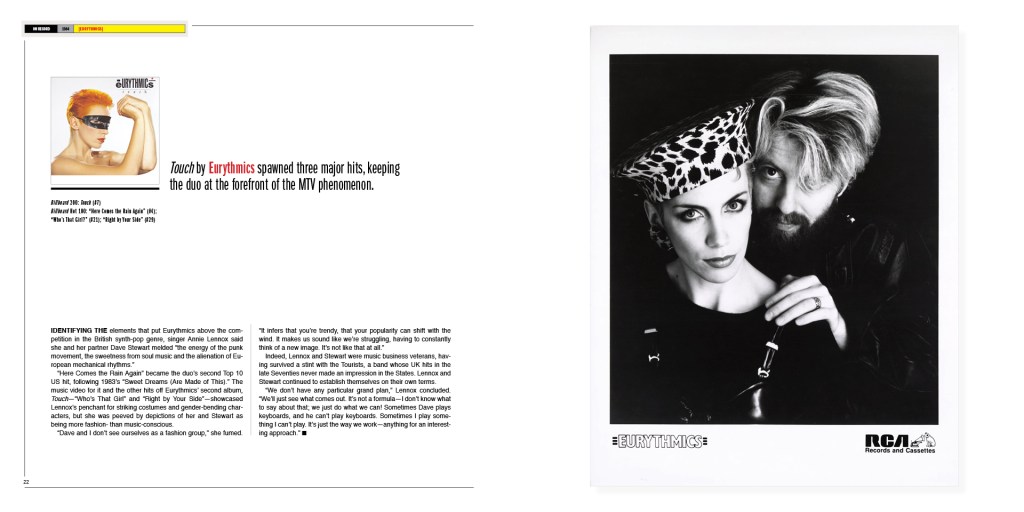 By its sheer completeness, “On Record” is effectively a time capsule — these are the images, the branding these artists were intentionally putting forward; the good, the bad, the ugly, the sublime, the ridiculous and everything in between. In other words, life. And by the time the reader gets to the end of 200 photos from those years, there will be no question that they’re nice to visit, but you wouldn’t want to live there.

Available from Colorado Music Experience, which receives all the proceeds.