Especially in New York, the music industry has felt the impact of the pandemic more than many businesses — particularly live entertainment. But like the city that might be sleeping a little bit more than it was before 2020, the music industry rose to meet those challenges, and the executives featured in Variety‘s larger New York Women’s Impact Report (see the full report here) are among those leading the charge. 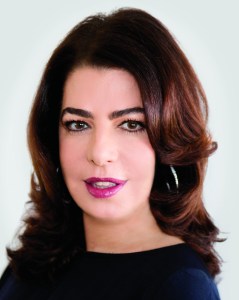 With three of the year’s top biggest debut weeks for albums (Taylor Swift, Juice WRLD, the Weeknd) and hugely successful hits from Drake, Post Malone, Eminem and Lil Baby, UMG continues to solidify its position as the world’s largest music company. UMG has broadcast more than 1,000 live-streamed performances over a 12-month span and partnered with Global Citizen and the World Health Organization on three concerts to rally funds for COVID- 19. “Working together, we not only raised the spirits of people around the world, we helped make a tangible impact,” says Anthony, executive producer. The latest, “Vax Live: The Concert to Reunite the World,” will air May 8 with Selena Gomez as host.

Beltramini has been instrumental in cementing TikTok as a major player in music publishing by inking licensing deals with companies including Warner Chappell and the National Music Publishers Assn. She has also helped TikTok’s publishing partners strategize new ways for their artists to connect with fans, which can create another way for songwriters to grow. During a year without live music, Beltramini secured the licensing rights to many virtual events, featuring artists including the Weeknd and Justin Bieber. “TikTok was a much-needed outlet of connection and creativity for millions of users,” Beltramini says. “Our platform filled a gap, providing people with joy when it was most needed.”

In a year so unlike any preceding it, Blood and the all-female team of agents she leads alongside UTA’s Toni Wallace were able to close 300 deals across 275 artists while building an eight-figure brand business for the agency. “Most people don’t love change, but in this case the disruption bred incredible innovation,” Blood says. Standout achievements include Bad Bunny’s #DejaTuHuella campaign with Cheetos, which included the company’s $500,000 commitment to give back to the Hispanic community, and Bebe Rexha’s partnership with Google Assistant, ambassadorship with Puma and performance in partnership with Radio City and Montefiore Hospital honoring first responders.

“Framing Britney Spears,” an installment of “The New York Times Presents” series on FX, reignited controversy around the singer’s legal rights when it aired in February. Spears has been under a conservatorship overseen by her father for 13 years and largely out of the limelight, relative to her earlier success, save for the occasional release or Instagram post. That changed with the documentary, which reframed the onetime pop princess’ past, present and potential legacy as a tragedy, examining the media’s complicity in her struggles to express herself and retain her independence. “I don’t think we necessarily knew from the beginning how strongly the feminist theme would be,” says Day. “It started to creep into the story immediately.”

“This isn’t something that would happen to a man in America,” adds Stark. “The idea that her father was making decisions for her for so long is impactful, because it’s the literal patriarchy.”

The doc prompted an outpouring of support for Spears, who has also been embroiled in child custody battles with ex Kevin Federline. The battle to modify her father’s conservatorship has heated up and the singer will address the court about the matter next month. Spears herself has reacted to the documentary in Instagram captions (it made her cry), but the filmmakers take anything said publicly by her with a grain of salt, thanks to her legal situation. “There’s always a question of who’s controlling her Instagram,” says Stark. “It was surprising to me that news outlets accepted it as if she had said it personally to them.”

As for what’s next, the team continues to create docs for “New York Times Presents,” but a Spears doc part two isn’t out of the question. “It could happen,” says Robertson, showrunner for the series. “In a dream world, Britney will call us up and say, ‘OK, now I want to make a film with my voice,’” says Stark. “And we’ll lovingly and passionately do that.” — Randee Dawn

Although it has been a challenging year for the music industry at large, Neuman has led the global royalty-collection platform into its strongest year to date, growing royalty collections by 185% in 2020. During Songtrust’s transition to remote work, in which the organization kept its 350,000 songwriters updated on coronavirus regulations, Neuman says consistency and communication have been essential. To stay informed, Neuman participates in the Downtown Music Holding’s COVID-19 task force and is a proponent of diversity, equity and inclusion initiatives at the company. “As a partner in this industry, we want to be known as a force for good,” she says.

Among Nimene’s greatest discoveries this year? “A sense of social responsibility I wasn’t aware I had,” says the urban and hip-hop music veteran who helped charter Universal Music’s Task Force for Meaningful Change — a consortium of executives focused on fostering justice for Black, BIPOC and LGBTQ lives. In addition to working with the public policy sub-committee and Def Jam artists to defend voting rights in the 2020 election, Nimene also joined the advisory board of the National Museum of African American Music in July. “In one of the most challenging and isolating periods in our lifetime,” she says. “I found a passion for service and using my voice and resources for change.” 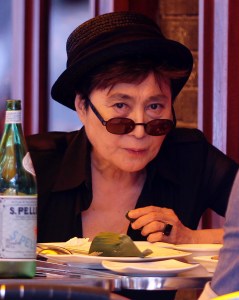 Now in her late 80s, Ono has used her platform as an artist to spread messages of peace, ecology and hope during the pandemic. “Don’t let panic slip in between us,” she urged on Twitter early in the global health crisis, and a year later amid a rise in Asian hate crimes, she unfurled a long message sharing her memories about the devastating impact of the atomic bomb in Japan. In between she created banners of unity for the reopening of New York’s Metropolitan Museum of Art. She has also been a steward of her late husband, John Lennon’s, legacy, and her own prolific work as a visual and musical artist. 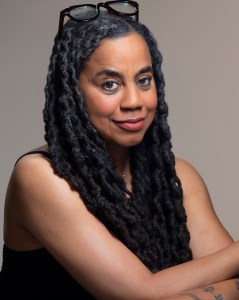 Parks spent much of the past year gestating two projects, and it was not until the birth of “Genius: Aretha” in March that she realized the weight of responsibility she was carrying. Her NatGeo miniseries devoted to the Queen of Soul followed the February debut of “The United States vs. Billie Holiday,” which Parks wrote and notched an Oscar nom for star Andra Day. Parks, the first Black woman to win a Pulitzer for drama in 2002, worked remotely on the series when production shut down for six months due to the pandemic.

“In my experience, and of course this is only my experience, people in the industry are not yet used to seeing someone like me in charge of something,” says Parks, who tips her hat to female collaborators at NatGeo and Imagine. Coming up: A rewrite for the next installment of “Fast & Furious,” plus a play opening in London, a Broadway revival and a new play in New York, all within the next year.

“Theater in New York has been so hard hit, but theater is resilient,” she says, noting that it rebounded after 9/11 and economic downturns in the 1980s and ’90s. “It’ll come back but it might not look like it once did.” — Diane Garrett

Ruxandra’s innovative approaches to music and technology have positioned Warner Music Group as a leader in the rapidly changing digital landscape. Under Ruxandra, WMG’s investment in Roblox led to Ava Max and Why Don’t We hosting album launch parties on the youth-forward gaming platform. She played a key role in WMG teaming up with tech companies such as Feed Media Group, Snap, Lickd and Wave, integrating music into apps and presenting virtual concerts, kicking off with Galantis’ album release party on Wave. Says Ruxandra: “Rapidly evolving trends in technology and fan behavior are presenting massive opportunities for artists and songwriters.”

Spotify has expanded from a music-streaming platform to one that explores all audio-driven content. With Polgreen, Masset and Clark at the helm, it has become a pioneer in media, combining advertisements, podcasting and music in imaginative ways.

Polgreen, a vet of HuffPost and the New York Times, joined Spotify in March 2020 and launched Gimlet’s “Resistance” podcast about the Black Lives Matter movement along with Spotify’s “Archewell Audio” podcast from the duke and duchess of Sussex. Clark was a key force in Omnicom’s $20 million commitment to podcast ads on Spotify last year and was on the team behind Spotify’s acquisition of Megaphone and the launch of Streaming Ad Insertion technology, which places ads into podcasts based on user data. Masset expanded Marquee, Spotify’s successful in-app advertising platform, to all U.S.-based indie artists and helped artists further engage with playlist editors directly with company’s playlist pitching tool.

“We are truly in the midst of the audio renaissance,” Clark says. “We’re only beginning to unlock the possibilities.”

Since joining the Davis Firm as partner in October, Youngberg has closed deals for DJ Cassidy’s BET series, “Pass the Mic,” worked on Swizz Beatz’s multiple series on HBO and Showtime and locked in DJ Snake with EA Sport for FIFA 2021. Youngberg is also involved in the female-forward organizations She Runs It and the Fourth Floor and is aiming to make DJDTP, the firm’s film and television music production company, the go-to place for music supervisors and creatives.

Known as YouTube’s “artist relations guru,” Lee and her East Coast team helped artists transition online in the wake of COVID-19 last year. With early pandemic collaborations including Dua Lipa’s “Future Nostalgia” live-stream event, Lee ensured artists could still create meaningful experiences for fans, even if they were virtual. Though she led her team to great success last year at YouTube, Lee considers co-founding Asian American Collective, a networking and mentoring organization for AAPI folks in the music industry, to be her greatest achievement.