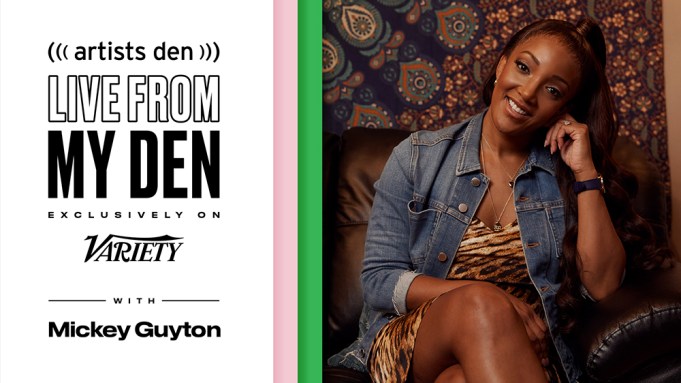 “Those songs just touched at a moment,” says Mickey Guyton of the back-to-back impact of her songs “Remember Her Name,” written shortly after the death of Breonna Taylor at the hands of local police, “Black Like Me,” which helped soundtracked the Black Lives Matter movement in the wake of the murder of George Floyd (Minneapolis police officer Derek Chauvin has been convicted) and “What Are You Gonna Tell Her?,” accompanying the perpetual mountain climb for female artists in country music. But where moments come and go, Guyton’s music — and message — is timeless.

“It wasn’t planned,” she continues. “I never thought any of the songs would get heard. When I wrote ‘What Are You Gonna Tell Her?,’ I didn’t even initially listen to it because I thought to myself, ‘I know I’m going to play this for people and they’re going to be like, no, you can’t write this, you can’t sing this.’ I was so conditioned to think like that. They’re landing exactly where they were supposed to land. It opened up so many opportunities for me that I would have never ever had. And that’s just because I said, ‘Enough!’ I’m just going to write what is true and in my heart.”

Guyton delivers performances of these and three new tracks (“Indigo,” “Different” and “Lay It on Me”) for the latest episode of “Live From My Den,” a series produced by Artists Den and available exclusively at Variety.com. Guyton releases a highly anticipated new album, “Remember Her Name,” on Sept. 24.

Performing from the Hard Rock Cafe in Nashville, Guyton speaks candidly about her lyrics, the industry and the confidence she had to build in order to speak her truth. “There is a huge reckoning in country music, and I see myself as doing it my own way and on my own terms,” she says. “I’m proud.”

Guyton currently calls Los Angeles home, but Nashville is where she paid her dues as a budding musician. It wasn’t an easy road. “I see myself at the forefront of that change,” she continues. “I’ve been in this town a long time. I’ve seen so many artists come and go. I’ve seen so many female artists come and go. The common denominator is, a lot of times, we just give up and we say, ‘Okay, I won’t get that support.’ And I’m here to say it’s not okay. And there is another way. And that’s where we’re at today.”

The pandemic and “everybody having to be still for a moment” resulted in the sort of introspection people don’t often have time to dedicate themselves to, offers Guyton. “It  caused all of us to look inside a little bit.” Fortunately for fans of her genre-defying work, what came out of looking inside is pure art.