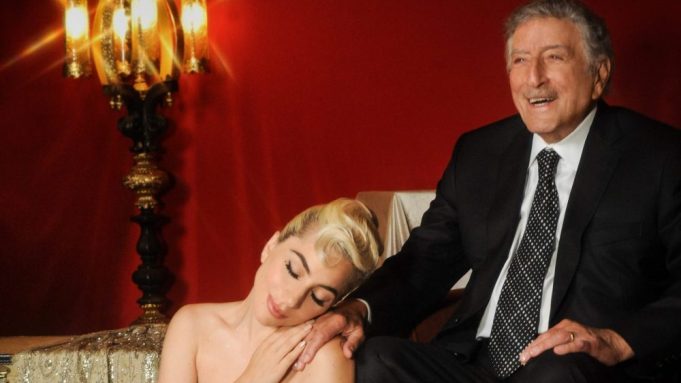 Lady Gaga and Tony Bennett dropped a trailer for their new album, “Love For Sale.”

The clip features behind-the-scenes footage and words from the legendary pair, revealing how this latest collab came together. Gaga says she received a call from Bennett soon after the release of their 2014 album “Cheek to Cheek,” proposing another project. As Gaga recalls: “Tony called me right after. I think it was the next day, after the record was released. He said, ‘I want to make this Cole Porter record with you.'”

Almost six years later, the two, who recently sold out a pair of concerts at New York’s Radio City Music Hall, are putting their promises to wax, releasing what will be the final studio recording of Bennett’s career and the culmination of Bennett and Gaga’s decade-long history together.

“She’s got so much talent that the minute we’re together, something very good happens between the two of us,” says Bennett. “It becomes a creative thing that happens.”

The tracks on the album include: “Do I Love You,” “I Get a Kick Out of You, “I’ve Got You Under My Skin” and “Let’s Do It,” a standard that Gaga says is, “one of my favorite Cole Porter songs ever written.”

The trailer is just part of the “Love For Sale” rollout. Earlier this month, it was announced that the campaign will include wide-ranging broadcast components in the months to come, as the pair have partnered with ViacomCBS for three different specials — with CBS, MTV Entertainment Group and Paramount Plus. Among them is Bennett’s return to the “MTV Unplugged” franchise that gave his career a major comeback boost, this time with Gaga in tow.

The first special out of the gate will be “One Last Time: An Evening With Tony Bennett and Lady Gaga,” to air on CBS the Sunday of Thanksgiving weekend at 8 p.m. ET/PT. The hour-long show is a film from their two concerts at Radio City Music Hall in August. Billed as Bennett’s final public performances, the first night coincided with his 95th birthday. Beyond its CBS berth, the show will be available for streaming on the Paramount Plus service.

Next up is “MTV Unplugged: Tony Bennett & Lady Gaga,” slated for winter with no confirmed air date yet. The show was filmed with an intimate studio audience in New York City around the time of August’s Radio City Music Hall performances. That branding played a major role in Bennett’s career almost three decades ago when his first “MTV Unplugged” special was turned into a surprise-hit 1994 album that went on to win the 1995 Grammy for album of the year. “Tony Bennett’s resurgence began in the ’90s with his ‘MTV Unplugged’ and it’s timely that the last chapter ends on the same note,” said Bennett’s son and longtime manager, Danny Bennett.

Last in the three-part rollout will be a documentary, “The Lady and the Legend,” available exclusively via Paramount Plus, also with a premiere date yet to be announced. Described as providing “an intimate look into a beautiful friendship and musical partnership that transcends generations,” the special will include footage from the making of the “Love for Sale” album.

“Love For Sale” will be available in standard, deluxe, vinyl and cassette configurations, as well as a highly collectible box set edition. Fans can now pre-order the deluxe version of “Love For Sale” on CD and Vvnyl exclusively through Target, featuring 2 bonus tracks “I’ve Got You Under My Skin,” and “You’re The Top.”