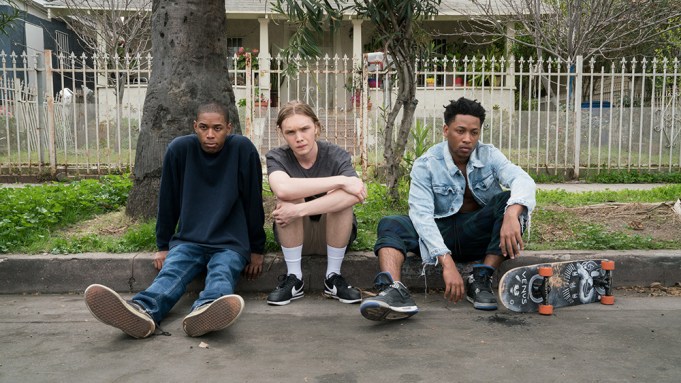 Opening in theaters on June 4 and VOD on June 8, “Gully” is the big screen directorial debut from Nabil, who also executive produces the soundtrack. Nabil is no stranger to working with A-list musicians — over the years, the mononymous videographer and photographer has directed music videos for such artists as Kanye West, Kendrick Lamar, Frank Ocean and Arctic Monkeys.

The nine-song soundtrack features a new single from 21 Savage called “Betrayed,” which will launch on Friday (June 4) with a visual directed by Nabil, alongside a new Dua Lipa track, “Can They Hear Us.” Ty Dolla $ign, Schoolboy Q and B-Real have teamed up for “Blacks n Mexicans.” The soundtrack also features music from Snoh Aalegra, Gary Clark Jr., 2 Chainz, Don Toliver, Sleepy Rose, Mike Will Made-It and Buddy.

“Gully was my first narrative feature, and it was also the first soundtrack I executive produced,” Nabil tells Variety. “I was so blessed to have many of my friends and musical collaborators be a part of this journey and create new songs specifically for ‘Gully.’ I am truly grateful to every one of them for their support of me and the film. The characters in this film take you on a wild ride and whether it be the songs or score, music serves as an integral part of amplifying and connecting the journey between this group of friends.”

The film was produced by Romulus Entertainment in association with Roc Nation and written by Marcus Guillory.

See the soundtrack’s full tracklist below.