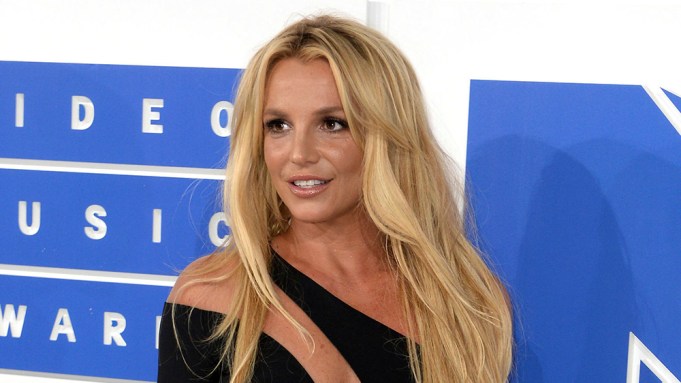 Ingham did not respond to Variety‘s numerous requests for further comment on Tuesday.

Ingham has been representing Spears for the entirety of her 13-year conservatorship. In 2008, the court put the arrangement in place, with her father, Jamie Spears, as her sole conservator.

Ingham and Spears’ working relationship came into question last month when the singer gave a explosive testimony, calling her conservatorship “abusive” and addressing the court for the first time ever in her 13-year conservatorship.

During her 24-minute court statement, Spears mostly took aim at her father, but also told the judge that Ingham had previously advised her not to come forward with her claims regarding her conservatorship. She asked the judge for the opportunity to select her own lawyer, rather than being appointed a legal representative by the court.

Spears told the judge that she had built a relationship with “Sam,” as she called her attorney during the hearing, and stated that they have been in communication three times per week. But, Spears appeared to go rogue during her blistering statement, and it became clear that the singer had not consulted Ingham about her testimony, as the lawyer told the judge that he was unaware of what she was about to say, stating, “These are entirely her words.” At the end of her testimony, Ingham said he would resign, if that was his client’s wish.

“My lawyer, Sam, has been very scared for me to go forward,” Spears told the judge last month. “He told me I should keep it to myself,” she added.

Spears also told the judge that she was completely unaware she even had the option to request to terminate her conservatorship. “Ma’am, I didn’t know I could petition the conservatorship to end it. I’m sorry for my ignorance, but I honestly didn’t know that,” Spears told Judge Brenda Penny.

While Ingham did not respond to any of Spears’ claims, it is an attorney’s duty to inform their client of their rights — in this case, the right to petition to terminate. According to a legal expert, Spears should have been informed of her rights regularly over the course of 13 years. (Ingham has not responded to Variety‘s continuous requests for comment, over the course of the past few weeks, as Spears’ case has come under a highly-scrutinized spotlight.)

Prior to Spears’ hearing, the New York Times published a report, citing private legal documents, showing that Spears has been trying to end her conservatorship for years, citing mismanagement by her father and the extreme legal costs she has been forced to incur by the terms of the conservatorship.

In November 2020, Ingham had filed legal paperwork on Spears’ behalf, asking the court to remove her father from the conservatorship, stating that his pop star client is “afraid” of her father and would refuse to perform as long as her father is involved. At the time, that request was shot down by the judge. Last week, the same judge signed paperwork which re-stated the position not to remove Spears’ father, though the filing was not in response to anything new that has transpired this year, but rather a response to the months-old request, specifically the appointment of the wealth management firm, Bessemer Trust, as co-conservator of Spears’ estate, alongside her father.

Since Spears’ testimony, the players in her conservatorship and team have been in flux.

On Monday, Spears’ longtime manager Larry Rudolph resigned, after 25 years with the Princess of Pop. In his letter, Rudolph stated that he has not been in communication with Spears for over two years and had no involvement with the conservatorship.

Last week, Bessemer Trust, which was poised to take over as co-conservator of the star’s estate and work in conjunction with her father, pulled out of the conservatorship, requesting to withdraw “due to changed circumstances.” In a legal filing, Spears’ blistering testimony was referenced, with the firm petition that they have “become aware that the Conservatee objects to the continuance of her Conservatorship and desires to terminate the conservatorship” and “respects her wishes.”

In response to Spears’ testimony where she called her father controlling and abusive, Jamie Spears pointed the finger at temporary conservator, Jodi Montgomery, filing paperwork with the L.A. Superior Court stating that he is “concerned” about his daughter’s treatment, maintaining his innocence and continuing his position of looking out for her best interest, despite her numerous claims against him. An attorney for Montgomery fiercely shot down the elder Spears’ claims.

According to an investigation by Ronan Farrow and Jia Tolentino in the New Yorker, Spears called 911 to report conservatorship abuse, the night before her June 23 testimony.

Nearly two weeks after Spears’ testimony where she pleaded with the judge to end her conservatorship without further evaluation, paperwork still has not been filed on her behalf to petition to terminate the conservatorship. That paperwork would have to be filed by her attorney, so, Ingham’s resignation could explain the delay.

Now, with Ingham off the case, the next step would be for Spears to retain a new attorney, with the court’s approval, so that she can begin the process to request to terminate — however, despite a change in legal representation, should her father remain atop the conservatorship and object to termination, the singer could be in for a long, continuous legal battle.