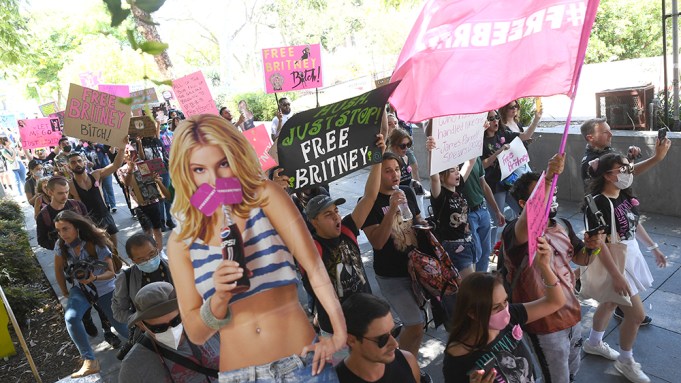 “LASD continues to monitor the social media chatter regarding the ongoing Britney Spears civil court case,” a media spokesperson for the Los Angeles Sheriff’s Department told Variety in a statement. “Although some of the language on social media is concerning, at this time, it has not risen to the level of a creditable criminal threat.”

Given the high-profile nature of Spears’ case and international interest in the iconic pop star, Judge Penny has been the subject of negative messages on social media, including death threats.

The messages have been consistent on social media throughout the case, but recently ramped up this week, following Judge Penny denying Spears’ request to expedite the next hearing in her legal battle. The upcoming hearing, which was formally requested by the singer’s new lawyer, Mathew Rosengart, will address the removal and suspension of her father, Jamie Spears.

“The judge is in on this, clearly. Horrible,” one social media user tweeted this week, in response to Variety‘s story about Judge Penny denying Rosengart’s request to move up the hearing, which is currently set for September 29.

Other tweets are more direct, such as, “Brenda Penny, I hope you die in your sleep.”

“Everyone needs to take a step back, take a deep breath and realize conservatorship cases take months [or] years to resolve,” Glass adds. “Britney’s case has already moved much faster than most. But there is only so fast that the judge can move the case. The case is set for re-hearing on September 29th. Nothing new will happen from the court before then.”

Judge Penny is not the only person involved in Spears’ case to receive death threats. Spears’ temporary conservator, Jodi Montgomery, has also received death threats, despite the singer wanting her to stay on her case.

Montgomery has requested a $50,000 flat fee to cover her personal security expenses, given the death threats she has received. Rosengart told Judge Penny at a hearing this summer that he supports Montgomery’s request for security funds, but attorneys for Spears’ father — who controls all of the finances in the case as conservator of his daughter’s estate — have objected to covering Montgomery’s security costs.

The conservators have met over the spat and have a draft stipulation in hopes of handling the matter, which likely will be addressed at the Sept. 29 hearing.