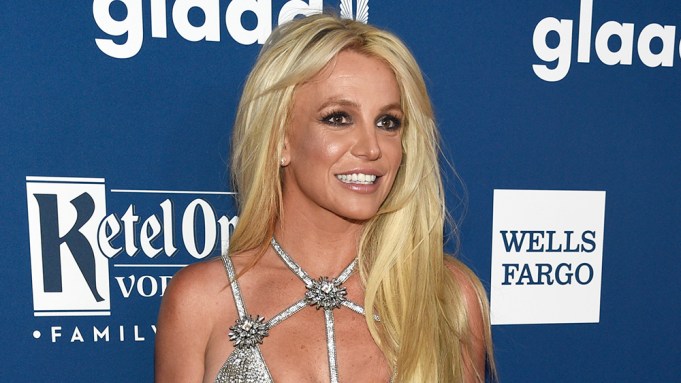 Judge Brenda Penny moved up the next hearing on the matter, which will now be held on Sept. 29 at Los Angeles Superior Court.

“Less than two weeks go, we pledged that after 13 years of the status quo, my firm and I would move aggressively and expeditiously to file a petition to suspect and remove James P. Spears. It is now a matter of public record, and I announced to Judge Penny this afternoon that we have done so, in less than two weeks,” Rosengart said on Monday, speaking to Variety and other outlets outside of Los Angeles Superior Court.

“We look forward to litigating the matter in court,” Rosengart added.

Later that day, Rosengart appeared in court for a very brief hearing, not pertaining to the removal of Jamie Spears, but regarding a money dispute between the conservators. It does not directly impact Britney Spears, but rather deals with a security concern for the star’s temporary conservator, Jodi Montgomery, who has said she has received death threats in the wake of working on the high-profile case.

The pop star said earlier this summer that she wants Montgomery to continue as her temporary conservator and help her get back into the real world, as she works toward terminating her conservatorship.

Montgomery was represented in court on Monday afternoon by her attorney, Lauriann Wright, who also appeared in-person, along with Rosengart. The conservators’ security fee matter was put onto continuance and will be handled at the next hearing on Sept. 29.

Vivian Thoreen, an attorney for Spears’ father, indicated that although the elder Spears originally objected to the $50,000 security fee, he would agree to the cost, if his daughter agrees to release those funds to Mongomery.

Spears’ father has been her sole conservator ever since he placed his daughter under the court-approved arrangement in 2008, when she suffered a tough time in the public eye. In 2019, he stepped down from his role to become a joint conservator. To this day, he remains the conservator of her estate, meaning he controls all of his daughter’s financial decisions as he oversees her reported $60 million fortune.

Ever since her explosive testimony in court, Spears’ Instagram account has been full of messages that have alluded to her family’s lack of support. She recently posted that she refuses to perform as long as her father is the head of her conservatorship.

Rosengart’s choice of Rubin to replace Spears’ father indicates a belief that the pop star’s finances should be handled by a reputable party outside of her immediate circle. Spears’ previous business manager, Lou Taylor of Los Angeles’ Tri Star Sports & Entertainment Group, resigned a year ago.

“I once again want to thank Britney Spears for her courage and her fortitude,” Rosengart said on Monday afternoon outside of the courthouse. “I want to thank her fans who have been incredibly supportive of her on social media and otherwise, throughout the country and throughout the world. She deserves it and she appreciates it.”

Just now: #BritneySpears attorney, Mathew Rosengart, thanks Britney and her fans outside of the courthouse, while confirming he has officially filed to remove her father from the conservatorship.