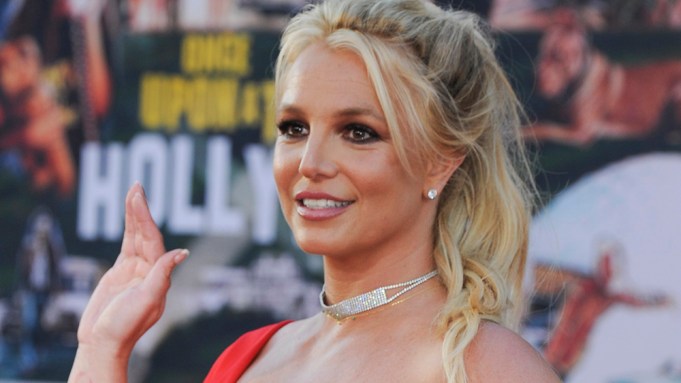 Britney Spears’ father, Jamie Spears, has been ousted from her conservatorship, following a drawn-out legal battle that has persisted since the pop star was placed under the court-ordered arrangement in 2008.

Judge Brenda Penny ruled that Spears’ father will no longer serve as the conservator of his daughter’s estate, immediately removing him from control of her finances.

“I believe that the suspension is in the best interests of the conservatee,” Penny said. “The current situation is untenable.”

A hearing was set for Nov. 12 to determine whether the conservatorship will be ended entirely.

Britney Spears’ attorney, Mathew Rosengart, argued in court that her father is “a cruel, toxic, abusive man,” and said that it was long past time to remove him.

“It’s about what Britney wants. She wants him out of her life today,” Rosengart said. “Britney Spears deserves to wake up tomorrow without her father as her conservator.”

Penny appointed John Zabel, an accountant, to assume temporarily control the estate until next steps are determined. Rosengart is expected to return to court on Nov. 12 with a plan to wind down the arrangement, and allow Spears to reclaim unfettered control of her life.

Spears’ conservator of her person, Jodi Montgomery, who manages her day-to-day wellbeing and medical decisions, will continue in that role for the time being.

Rosengart told the judge that the pop star agreed with his proposed course of action.

Vivian Thoreen, the attorney for Spears’ father, opposed the suspension, saying it would be better to simply terminate the conservatorship.

“There is not a shred of evidence for suspension,” Thoreen argued. “Mr. Spears has faithfully and loyally served. His record is impeccable.”

Rosengart brought up allegations that surfaced in the latest New York Times documentary, “Controlling Britney Spears,” which reported that Spears had been subjected to electronic surveillance.

“They eavesdropped on some of the most intimate conversations of my client with her children, her boyfriend and her counsel,” Rosengart alleged. “They plotted and schemed to place a listening device in my client’s bedroom.”

Thoreen said Jamie Spears disputes the surveillance allegations, but did not elaborate. She criticized the source of the claims as a “TV show,” telling the judge, “This is not evidence. This is rhetoric.”

Rosengart argued that even disregarding the surveillance claims, there “a mountain of evidence mandating his suspension,” including his domestic violence restraining order with Spears’ two sons with her ex-husband, Kevin Federline. Rosengart also noted that Spears’ father has filed for bankruptcy and the singer has accused him of being an alcoholic.

He also pointed out that with him overseeing his daughter’s multi-million fortune, the estate is not growing because Spears refuses to work with her father in charge of her conservatorship. “There is no business,” Rosengart said, added that the presence of Spears’ father has effectively brought the estate to a “grinding halt.” He added, “Mr. Spears has zero experience in business, zero experience in finance.”

Thoreen had earlier announced that Jamie Spears supports ending the conservatorship outright. Rosengart called that move an effort to delay Jamie’s ouster long enough to obtain a settlement under which his legal fees would be paid out of his daughter’s estate.

Rosengart and Thoreen argued back-and-forth for roughly an hour-and-a-half, before Judge Penny made her ruling.

The removal of Jamie Spears is the most significant development in Spears’ ongoing conservatorship saga, which over the past few months has played out in the public eye. This past summer has seen more movement in Spears’ case than in 13 years, largely because of the star’s own public testimony and the ability to hire her own attorney.

As the case began to play out in the public eye over the past few months, interest skyrocketed to an all-time high, dominating headlines around the world with a rallying cry to #FreeBritney.

The case has also shed light on the overall conservatorship system, posing questions on the laws and rights of conservatees, like Spears.

On June 23, the pop star gave a blistering testimony, marking the first time she publicly addressed the court in her 13-year conservatorship, though she had given private testimony in 2019, which the singer has described as being ignored. During her 24-minute statement in June, Spears told the judge her conservatorship was “abusive” and asked for it to be terminated without further evaluation.

Her court-appointed attorney, Samuel Ingham III, who had represented the pop star since the beginning of her conservatorship and reportedly made $3 million for representing the star, asked the court to dismiss him from her case, prior to her being granted to retain her own attorney with Rosengart. The wealth management firm, Bessemer Trust, which was poised to take over as co-conservator of Spears’ estate and work in conjunction with her father, also pulled out of the conservatorship. Spears’ longtime manager, Larry Rudolph, resigned as well, after 25 years of working alongside the star, as she rose from teen starlet to international superstar.

Spears had been publicly battling her father, urging the judge to remove her him from the conservatorship, stating that she believes he should be in jail. Confidential court documents that have been exposed in recent documentaries and through various reporting have shown that Spears allegedly had been trying to get out of her conservatorship for years, despite her conservators stating otherwise.

After more than a decade of maintaining that she needs to be held under a conservatorship, Spears’ father changed his tune in August, abruptly agreeing to step down from the conservatorship that he had overseen since it was approved by the court in 2008. Shortly after, in early September, he then suddenly asked the court to terminate the conservatorship altogether — a complete 180 from all of his previous statements, including the recent accusation in early August that his famous daughter is “mentally sick” and may need a psychiatric hold. Legal experts indicated that Spears saw the writing on the wall, and asked for the conservatorship to be terminated to relieve himself of any responsibility.

Spears’ father had been her co-conservator since 2008, when the singer suffered a very public breakdown. He became sole conservator in 2019 after attorney Andrew Wallet resigned from co-conservatorship. In September 2019, he temporarily relinquished his powers and Montgomery became the conservator of her person, meaning she became responsible for Spears’ medical and personal well-being.

While under her conservatorship, Spears has continued to record music and perform regularly at her residence in Las Vegas, earning hundreds of millions of dollars. Most individuals under a conservatorship do not have the capacity to work, so Spears’ case was highly abnormal. Per the terms of her conservatorship, the singer has been responsible for paying the hefty legal fees on both sides, while her conservators have been getting substantial earnings in their roles of the conservatorship.