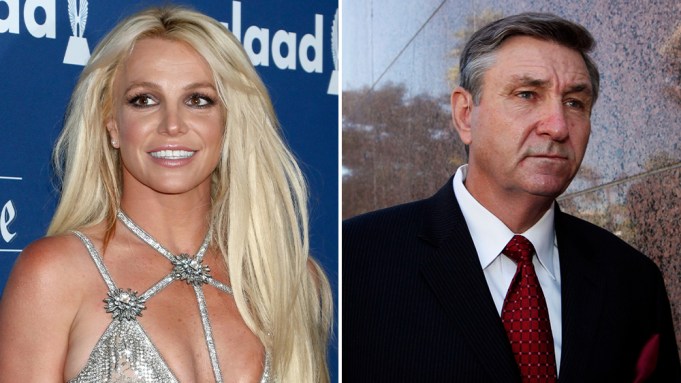 Britney Spears’ new lawyer is putting up a fight for his famous client, seeking to remove her father, Jamie Spears, from the conservatorship that she has been under since 2008.

On Monday, the pop star’s attorney, Mathew Rosengart, filed a motion seeking to appoint an accountant, Jason Rubin, to take over as conservator of her estate. In the 127-page legal document, Rosengart details reasons as to why the elder Spears should not be involved with his daughter’s conservatorship, and suggests that he has “dissipated” the singer’s multi-million dollar fortune.

Rosengart argued that Jamie Spears has “profited handsomely” from the conservatorship, noting his $16,000-per-month compensation from his daughter’s estate. And in a footnote, Rosengart cited a report in Forbes magazine indicating that Britney Spears’ net worth is “shockingly low,” given a string of four albums and concert tours since the conservatorship began in 2008. Jamie Spears’ lawyers have denied all allegations of wrongdoing in the past.

Rosengart did not address those charges at any length, however. Instead, he argued that the breakdown in the relationship between Spears and her father made it impossible for him to continue as her conservator.

Spears’ mother, Lynne Spears, has also thrown her support fully behind the effort to remove Jamie as the conservator. In a declaration accompanying the motion, Lynne Spears alluded to Jamie’s “complete control over her, his mistrust of her, his coercion of her, his ‘bartering’ with her over what she can and cannot do for whatever reward or punishment he is willing to mete out, his constant threats and his decision-making over all aspects of her life.”

She also cited an alleged physical altercation between Jamie and Britney’s two sons, Sean Preston Federline and Jayden James Federline, which led to a restraining order being granted in 2019.

“Of the actions that solidified the failure of my daughter’s and Mr. Spears’ relationship, the physical altercation between Mr. Spears and the conservatee’s minor children, my grandchildren was perhaps the most appalling and inexcusable, and understandably destroyed whatever was left of a relationship between them,” Lynne Spears stated in the filing.

In previous court hearings, Britney Spears had accused her father of serious misconduct and asked that charges be pressed against him for “conservatorship abuse.” In the motion, Rosengart did not go that far, but he offered the possibility that Jamie Spears’ conduct may have been “self-interested or violative of Title 18” — that is, a federal crime.

Rosengart said in the filing that his firm is conducting its own investigation, and suggested he may return to the subject of Jamie’s alleged misconduct later on. Though much of Rosengart’s work in recent years has been based in Hollywood — having represented Sean Penn, Steven Spielberg and Julia Louis-Dreyfus — the attorney is a formal federal prosecutor.

“Nevertheless, although our investigation into these issues and others is active and ongoing, this Petition does not ask the Court to address such issues today,” the filing states.

At a hearing on June 23, Spears gave her first-ever public testimony, with explosive allegations against her father and conservators, including being forced her to work against her will, when she had said she did not want to go on tour; forced her to take Lithium, which she says made her feel drugged and unstable; and prevented her from removing her IUD birth control device, despite wanting to have a baby and get married to her boyfriend, Sam Asghari. (Spears’ father denied any wrongdoing, and instead, pointed the finger at Spears’ temporary conservator, Jodi Montgomery.)

Penny set a hearing on Sept. 29 to address Rosengart’s request.