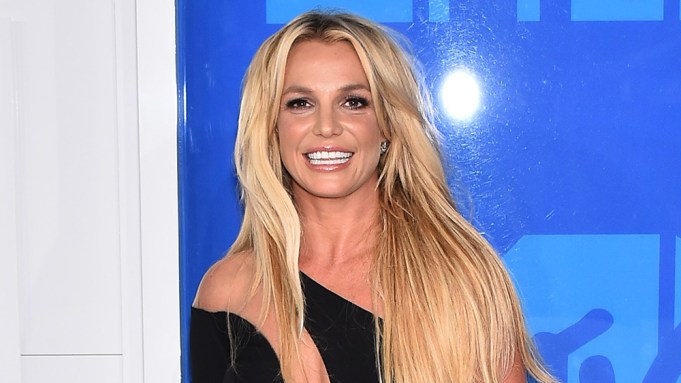 Britney Spears’ court-appointed conservator told the court on Wednesday that she has been getting death threats ever since Spears spoke out against the conservatorship last month.

Jodi Montgomery asked the court to allow Spears’ conservatorship estate to pay for the cost of round-the-clock security at Montgomery’s home. In the motion, Montgomery also said Spears wants her to remain as the conservator of Spears’ “person,” and that Montgomery will not be resigning.

“Since Ms. Spears has requested that Petitioner retain her position as conservator, Petitioner has no intention of abandoning her by resigning because of these threats,” Montgomery’s attorneys wrote.

They also included text messages from Spears to Montgomery, in which Spears wrote: “I need u to stay as my co conservator of person. I’m asking u for ur assistance in getting a new attorney. Thank u for ur help.”

Spears denounced the conservatorship in a public hearing on June 23, calling it abusive and asking Judge Brenda Penny to end it. She said she had been barred from seeing a doctor to have an IUD removed, and that her family — in particular her father — had wielded undue control over her life and her finances.

Since then, there has been some confusion over when Spears might file a motion to end the conservatorship.

Her court-appointed attorney, Samuel Ingham, filed his resignation from the case on Tuesday. Spears’ manager, Larry Rudolph, also announced over the holiday weekend that he would no longer be representing Spears, given that she intends to retire from performing.

In a filing on Tuesday, Spears’ mother, Lynne Spears, appeared to be at odds with her ex-husband, Jamie Spears. She showed support for her famous daughter’s desires, including releasing her from her conservatorship altogether.

An attorney for Lynne Spears asked the judge to “listen to the wishes of her daughter” and allow her to hire her own private attorney, saying such a move would be “a first step.” The mother’s attorney emphasized in the court filing that the pop star asked for her father, Jamie Spears, to be removed from the conservatorship, and wants to be let go from her conservatorship without further evaluation.

“It is self-evident that before the Court addresses, for example, the termination of the conservatorship, Conservatee must be allowed to consult with counsel of her choosing,” Lynne Spears’ attorney wrote. “Clearly, Conservatee needs private counsel to advise her as to her basic rights in this conservatorship.”

In the court docs, Lynne Spears praised her daughter for “baring her heart to the court in an impassioned plea to be heard on several requests,” including the “basic rights” of being allowed to ride in her boyfriend’s car, meet with her own therapist once per week, see her friends, get married, have a baby and remove her IUD. Spears’ mother also said her daughter wishes to be allowed to use her own money.

The petition from Spears’ mother’s attorney said: “It is beyond dispute that this is a unique conservatorship,” noting that circumstances have changed over the past 13 years. “Now, and for the past many years, Conservatee is able to care for her person and in fact has, inside the parameters of this conservatorship, earned literally hundreds of millions of dollars as an international celebrity.” (These statements appear to strategically point out to the court that Spears is able to manage tasks that the typical person under a conservatorship — usually an elderly individual with dementia or Alzheimer’s, or an individual with a disability — is quite literally unable to do.)

Montgomery stated that she has received threats throughout the case, but that the amount and the severity of the threats increased dramatically after the June 23 hearing. She said she was advised to get 24/7 security for at least a couple of months, and she provided an estimate that it would cost $25,000 every two weeks. The conservatorship estate, overseen by the singer’s father, Jamie Spears, has been covering the cost. But Jamie Spears’ attorneys have also said they need a court order to allow the payments to continue, and that if the court denies the request, Montgomery would be personally liable for the expense.

The next hearing for Spears’ conservatorship is set for July 14 at Los Angeles Superior Court. It is unclear at this time whether the singer will be represented by Ingham, the court-appointed attorney who just asked to be withdrawn from the case, for that hearing.