Hans Zimmer, Variety’s Composer of the Year, on Scoring ‘Dune’ and ‘No Time to Die’ 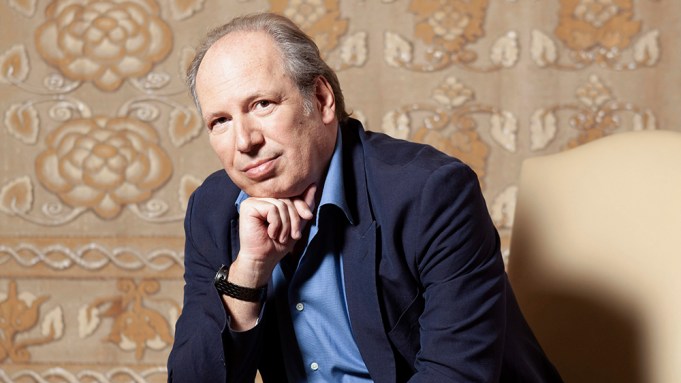 The theatrical experience is unique, important and akin to an experience of “shared dreaming,” says Hans Zimmer, whose scores for 2021’s “Dune” and “No Time to Die” are among those in next year’s awards conversation — and who is being honored by Variety as Composer of the Year, presented by ASCAP.

“It’s an incredible honor and, at the same time, it comes with a strange sort of responsibility in this year,” the Oscar- and four-time Grammy winner tells Variety as part of its Music for Screens Summit.

Speaking of both Denis Villeneuve’s sci-fi epic and the latest James Bond film, Zimmer says, “these are made for the big screen, making a big noise for big speakers. I want to acknowledge the people who actually went to see a film in theaters and realized that this was an important thing to do, as part of our humanity.”

He likens the moviegoing experience to “shared dreaming, where you’re surrounded by other people and everybody’s having the same experience at the same time. For me, culturally, a very important part of cinema is all about this tribal way of being told a story. And if the film is good, scenes touch you and come back to you, and we’ve delivered an experience that’s worthy of the audience.”

On “No Time to Die,” Zimmer was signed as composer in late 2019 and played a major role in recruiting Billie Eilish as co-writer and performer of the title song, along with co-writing the arrangement. He also called guitarist Johnny Marr to play the iconic Bond theme and brought on fellow composer Steve Mazzaro as his “wingman,” writing additional music.

Meanwhile, Zimmer’s unique and immersive mix of choral, world music and electronic sounds has been among the most talked-about elements of “Dune.” “Denis very quietly asked me, have you ever heard of a book called ‘Dune?’ I think I scared him with my enthusiasm,” the composer recalls.

He read the book as a teenager and their shared excitement for the visual and aural possibilities carried them through a long creative process. “I knew the movie that he was making in his head wasn’t that dissimilar from mine,” Zimmer notes.

“What really drives the story is the power of women, and we wanted a certain spiritual quality,” hence the female voices that echo throughout “Dune.”

Zimmer says he hopes to resume touring next year, “for the joy of surrounding myself with some of my favorite musicians, and pretending we’re having a dinner party for 12,000 people.”

But film scoring remains his primary occupation. “I see myself as making doors open, inviting you in, saying ‘come on this adventure with us and be part of our world.’ The audience completes the music for me.”