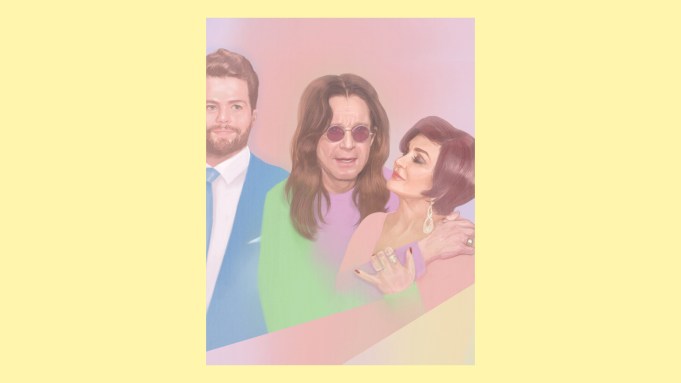 Ozzy Osbourne is finally in a good place.

The 72-year-old rock legend, whose battle with alcoholism and drug addiction began in the 1970s, has been sober for about seven years. “I thought I’d be drinking to the day I die,” says Osbourne, who took the first of his many trips to rehab back in 1984. His wife and longtime manager, “The Talk” co-host Sharon Osbourne, 68, struggled for years to keep the Black Sabbath frontman safe and capable of performing.

Ozzy, Sharon and their 35-year-old son, Jack, who has 17 years of sobriety, sat down with Variety’s Marc Malkin for an in-depth talk about substance abuse, its effect on families and what it’s like to seek treatment while living in the Hollywood spotlight.

Ozzy, when you had your first drink or drug experience, did you know right away it was going to be a problem?

Ozzy: I’ve always been self-medicating because I’ve never liked the way I felt. I’ve had great success in my life, but I’ve never felt great about myself. And so, from a very early age, I used to sniff fumes, all kinds of things, anything to get me out of my head.

When was the first time someone said to you, “Ozzy, you need help”?

Ozzy: I think the first time I took a drink. I needed help to get the next drink. And I never went for a drink. I went to get fucking smashed. I just checked out every day. And that becomes a way of life. In England, the thing is the pubs. I don’t know what it’s like there now, but when I was younger it was “We’ll meet in the pub.” Everything was around the pub. One of the last things my father said to me before he died, he said, “Do something about your drinking.” So I had a drink.

Sharon, do you remember when you thought Ozzy had a problem?

And when did you learn about the “-ism”?

Sharon: I learned about it when Elizabeth Taylor went to Betty Ford Center. And that was exactly 36 years ago.

Ozzy: She said to me, “I found this place where they teach you to drink properly. It’s called the Betty Ford Center.” And I went, “That’s it. I’ve been doing it wrong.”

Sharon: I read the stories that she was there for drugs and drink, but I knew nothing about AA. I knew nothing about what happens there for your recovery, nothing about how they educate you. I just said, “You’ve got to go.” I was pregnant at the time. And I gave birth to Kelly, and the next morning, Ozzy left for Palm Springs. We lived in the countryside, way up north in England. And it was very barren, and all there was were the pubs. I just knew that this wasn’t the way people should carry on when they’ve got kids.

Jack: It was like a bit of a staggered disclosure, if you will. I was suffering from a lot of depression in my early teens, and I was drinking a lot. And then we did “The Osbournes” and it gave me a rather large piggy bank, so my parents had less control, and then my mom got sick [Sharon is a colon cancer survivor]. But in these times, I would dip in and be like, “Things aren’t great.” And then I’d pull back — “Oh, things are OK.” So it was this dance. Eventually, my mom received a phone call from a friend who was like, “This is bad.”

Jack: My mom sent some people to try and get me to go to treatment, but there wasn’t really a plan in place. I had not shown up to film something, and I was tucked away at the beach house my parents had at the time. And then I took off for a very long whirlwind of a weekend, and kind of came back home. I was pretty much done at that point.

How much do you think the reality show and fame contributed to your addiction?

Jack: I think it was just a matter of time. I think it just sped things up to the inevitable. Whether I’d never touched a drink until the age of 50, I still think the end result would have been the same. I’m one of those people that have an addictive personality, and I like things that change the way I feel.

You’ve been sober almost half your life.

Ozzy: That’s just great, Jack. I’m really proud of you for that.

Jack, did you ever think you would have 17 years of continuous sobriety?

Jack: No. I didn’t think that was even possible.

Ozzy:  The first year is the worst, isn’t it Jack? After the first year it’s like you can start breathing again.
Jack: But then I found after the first year, you’re like, “Oh, OK. So I guess I’ve just got to do that over again.” And then when you get to two years, you’re like, “All right, I guess I’ve got to do these two years over again to get to four years.” The blessing and the curse, I think with sobriety, is that time goes by really quickly, in a very strange way. It feels like a flash, 17 years, because you’re counting time.

Sharon, were you worried that your kids would be addicts too?

Sharon: No, I was like, “This is really like a huge, huge life lesson for them. They’ll never be like this, because look, this guy’s pissing himself on the floor. This one’s throwing up. This one’s just got a divorce. And their behavior’s outrageous. There’s no way they will follow this.” And they kept seeing their dad go back into rehab, and back, and back. And so I just thought, “They won’t want this in their life.” Little did I know that Jack was sniffing, and drinking, and God knows what else.

Sharon, you’ve always been described as the rock of the family. You’re the one who has stayed strong through it all. But how many times did you go in the bathroom, or go behind a closed door, and just scream?

How many times did you think Ozzy was going to die?

Sharon: Oh, my Lord. Well, basically for years, because I was terrified that he was going to get sick in the night, or fall over, hit his head. I would always make sure that there was somebody there, checking on him through the night when he was on the road without me. But it was always in the front of my mind.

Ozzy, what did it feel like to know that your children were watching you go through all of this?

Ozzy:  I didn’t give a shit, because I was loaded. It’s a very selfish disease. You don’t think about it because you’re loaded, in an altered state.

How hard is it to get sober in the public spotlight?

Jack: We’re on “The Osbournes” in the middle of whatever season we were doing and I decided to go into treatment, and it becomes this very public thing at that point. And I just found it incredibly invasive and, morally, really inappropriate. I was 17 years old. And the stuff that was being written, and having photographers try and take photos of me while I’m in a medical facility. Such violations of someone’s privacy while they’re trying to get help.

Ozzy:  The thing is, people call it a disease, but if you had cancer, people wouldn’t climb over trees and take a photo of you in your bed. Yet they do when you’re in rehab.

What do you say to musicians who are struggling but think it’s the only way?

Ozzy:  All I can say is, I’m 72 years of age. Most of the people that I drank with are dead. And the ones that aren’t, that still continue to drink, are going to be dead soon. It’s not a happy ending. If you want to carry on drinking, my hat goes off to you.

Sharon, did you ever think that Ozzy would get it?

Sharon: Initially I thought the first, maybe up to the fourth or fifth time he went into rehab, I thought, “It will work. He’ll get it this time. This time I know he’s got it.” And then after about the fifth time I’m like, “He’s never going to get it.” And you just accept it. That’s the way it’s going to be.

Ozzy: But then you realize the kids have got this fear in their eyes. I mean, it’s a very selfish disease. My kids needed me. … I had a row with Jack. I had to talk business. And I said, “What have you ever fucking wanted? I’ll give you whatever you want.” He says, “What about a father?” That kicked me in the balls so hard. It knocked me sideways. I went, “Oh, my God.” I’d give whatever materialistic things they ever wanted. But the most important person wasn’t there.

And as much as you say addiction and alcoholism is a selfish disease, so is recovery, because you have to put your recovery first.

Ozzy: Recovery is selfish. But you know if you don’t recover, you know exactly what it’s going to do there. Kelly said to me one day [after she got sober], “Nothing’s changed. I’ve gone so many years sober. What’s the problem? I might as well drink.” I said, “Let me tell you something, Kelly. When I drank after some period of time, it’s the worst feeling you will ever, ever have in your life. And you know what you do? You drink more to get rid of that guilt. It’s just that and it’s over.”

Jack, what do you say to a young person in Hollywood who is struggling?

Jack: If you want it, there’s a way to achieve it. It’s kind of like shut your mouth and be willing to take direction. It’s that honesty and open-mindedness, and willingness, to do whatever it takes. And if you want something bad enough, you can achieve it. Just as if you want to get loaded bad enough, you’re gonna get loaded. And it’s that kind of situation of, for me, I really wanted it. And I did what I was told. And I followed the direction of my tribe, my community around me. And it has continued. Whatever I did has continued to work, because I continue to do it. It’s never over. There were times, when I had 10 years sober, and I was raising my hand as a newcomer at a different 12-step recovery group.

Ozzy, why do you think you’ve survived?

Ozzy: I’m lucky. There’s nothing special about me. I should have been dead 1,000 times. I’m not being big-headed about that, or invincible. It doesn’t take much to kill you.

Sharon, what’s it like to have a sober Ozzy?

This interview has been edited and condensed for clarity.