After a devastating industry-wide shutdown, Broadway has finally reopened with performances of beloved shows like “Hamilton,” “Wicked” and new plays and musicals such as “Six,” “Lackawanna Blues,” and “Thoughts of a Colored Man.”

In celebration of the resurgence of live theater, Variety brought together several Broadway heavyweights, including Andrew Lloyd Webber (you know what he’s done!) and director Jerry Zaks (“Hello, Dolly!”), as well as stage stars like Beanie Feldstein (the upcoming “Funny Girl” revival), Ron Cephas Jones (“Clyde’s”) and Sharon D Clarke (“Caroline, or Change”) for Legit! The Return to Broadway, a breakfast held at Second in partnership with City National Bank. It was a largely celebratory affair, with producers, creators and performers thrilled to be back to doing what they love best. But there’s also a growing sense that the industry they return to after months of COVID-related closures and a global social justice movement must be more inclusive and reflective of society.

It’s good to be back on stage

It’s been a long hard 18 months for performers who made a life for themselves on the footlights. Zoom-staged readings were nice in the meantime, but they hardly replace the thrill of being able to sing, dance and crack wise in front of a crowded room. “Caroline, or Change’s” Clarke, “Clyde’s” Ron Cephas Jones and “Chicken and Biscuits” star Michael Urie have gotten a taste of what they’ve been missing as their new shows enter previews and prepare for opening night and beyond.

So far, they have noticed the pandemic has given people a renewed sense of appreciation for the small moments.

“When people [on stage] are kind to each other, the audience applauds,” Urie said. “We talk to each other back stage and say, ‘They’re applauding goodness.’ It makes you feel better about human beings. Yeah, everyone is wearing a mask and I’m sure they’re nervous about being packed into a theater, but the sense of joy and fellowship is bleeding out onto the street.” 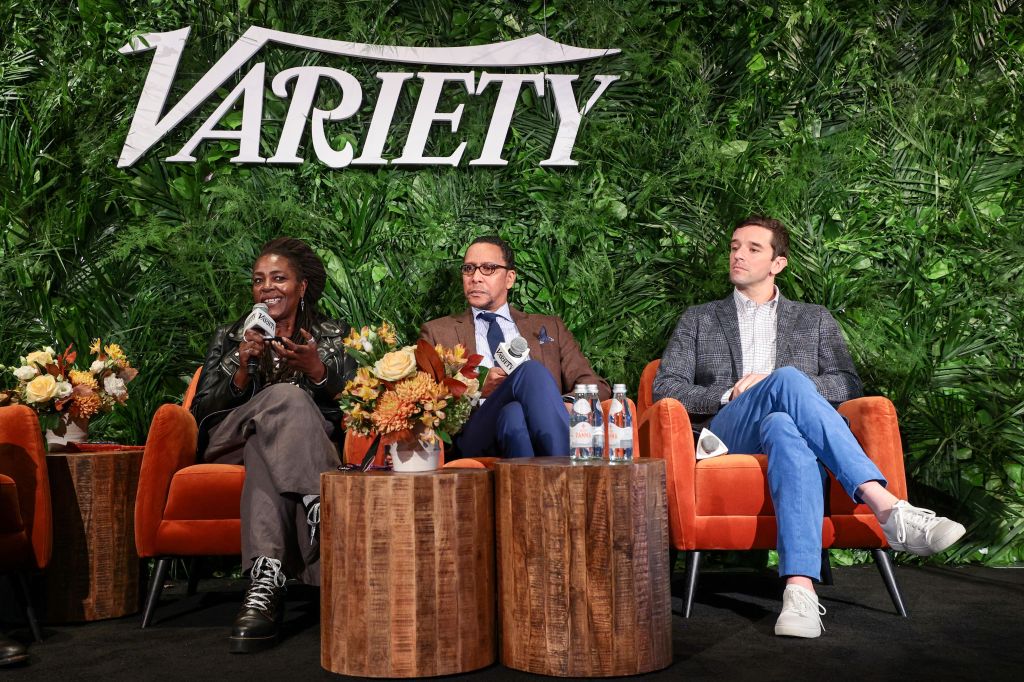 It’s not only the audience that has been grateful. Actors, many of whom went without work while Broadway was dark, are marveling at the fact that theater was able to rebound.

“It’s been amazing. What I found so profound is how everyone came together to fight this disease so we could come together,” Cephas Jones said. “We were so wanting to get back to bring life to the theater. With all the testing and masking and vaccinations, you realize the hundreds of thousands of people that it took to make us able to come together in this room right now. It’s very overwhelming, but it shows how much we can accomplish when we pull ourselves together.”

Already, Broadway stars have grown accustomed to the protocols that come with actively working to prevent the spread of a deadly virus.

“We’re all quite used to masking up,” Clarke said. “You just get on with it. What you focus on is being back in the room and being creative.” Plus, there are enough COVID-19 protocols to keep them feeling safe. “You’re being tested three times a week,” she said. Urie adds, “It is a drag, but it is so worth it. I would do twice as much to be in a play.”

How to make a movement out of a moment

The upcoming Broadway season isn’t just different in terms of pandemic-era protocols and the fact that audiences have to be vaccinated and stay masked. It also presents a milestone in terms of inclusion. A record number of shows by Black artists are scheduled to premiere this season, and Broadway producers are eager to ensure that particular development isn’t unique to this year.

“It’s an interesting conversation talking about the moment versus lasting systemic change,” said Brian Moreland, the producer of “Thoughts of a Colored Man.” “In this window of time, a lot of change has happened, a lot of good things have happened.” That includes new playwrights being recognized and new directors getting their big break. “There’s a real urgency and desire to make it long-lasting,” he continued. “The only way we can sustain it is to keep talking about it. We need to widen the table and make sure this change is a lasting lifetime change. We’ve seen it this particular season, and we want to see it again and again and again.” 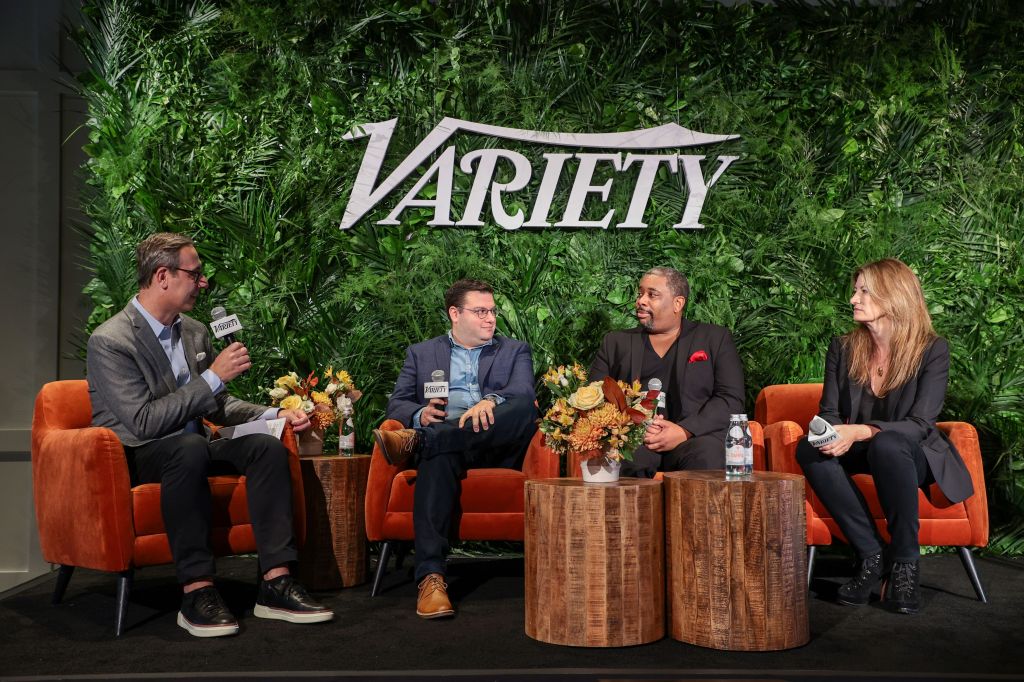 Lia Vollack, a producer for “MJ the Musical,” says it is necessary to support Black leadership beyond only directing and acting, but also in the areas of producing, general management and stage management.

“Having performers is one thing, but having decision makers is another,” Vollack said. “We wanted to provide longterm support.”

Many shows have taken the extra step of hiring people to oversee equity, diversity and inclusion efforts.

“This is an amazing season full of diverse voices,” said “Pass Over” producer Matt Ross. “Urgency to make lasting changes is really important. Every person in a room who has an EDI director means more people having access to the room.

Why big stars come to Broadway

Jerry Zaks is no stranger to working with outsized talent over his decades in show business, directing hit shows like 2017’s “Hello, Dolly!” revival, “Guys and Dolls,” “Meteor Shower” and the upcoming “Music Man.” He’s guided movie greats, like Bette Midler, Amy Schumer, Nathan Lane and Hugh Jackman through the challenges of performing eight shows a week on Broadway. So what brings these A-listers back time and time again to abandon the comforts of closed move sets for a chance to share their talent on center stage? It’s the unmatched thrill of performing live, of course. But, Zaks notes, it takes courage.

“They are exposed. They are vulnerable,” he said. “There’s no cut or editing. It’s all immediate. I think people like Hugh, Amy and Bette do this because it’s beyond thrilling. You’ve never seen anyone work harder than Bette Middler worked to get ready “Hello, Dolly!” Hugh has been in training [for “The Music Man” for a year. Amy committed everything to that role.” 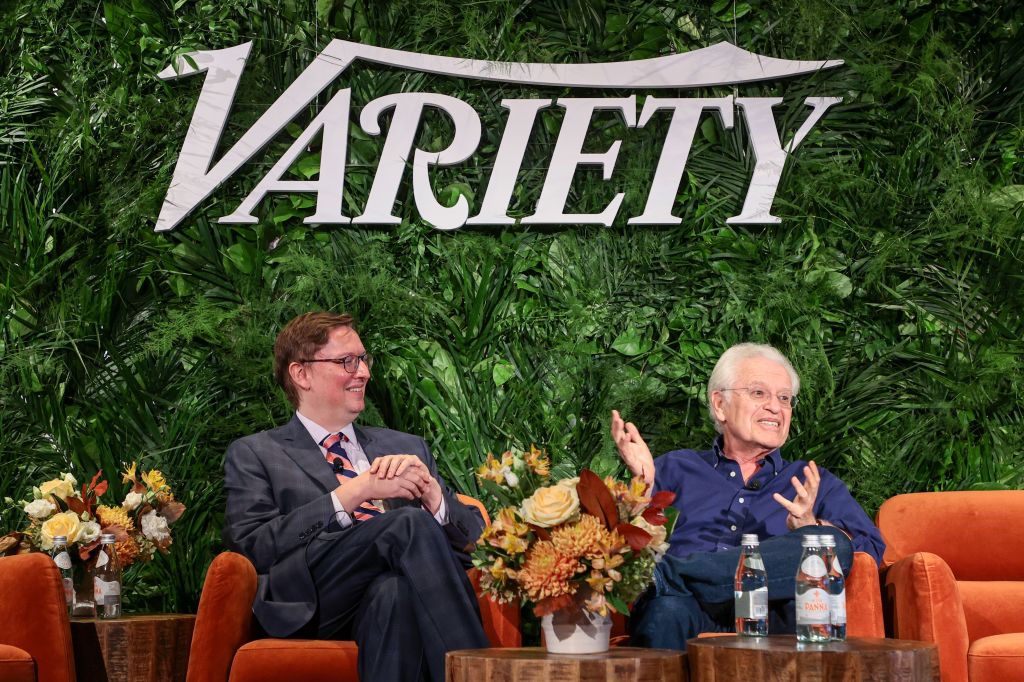 Zaks, for his part, makes every effort to put the actors at ease.

“Great stars like that, as far as I’m concerned, I make sure the first thing I say to them is a really smart, good idea,” he says. “An actable note. you’d be surprised at the number of notes that directors give that are absolutely, utterly un-actable.”

People who need people… to calm their nerves

Beanie Feldstein, who takes on the role of Fanny Brice in 2022’s revival of “Funny Girl,” knows she has some pretty big shoes to fill. After all, Barbra Streisand became a star portraying the vaudeville legend on stage and to Oscar-winning effect on screen. So is she feeling butterflies in her stomach about belting the show’s beloved songs like “People” and “Don’t Rain on My Parade”?

“I’ve always been nervous,” Feldstein admitted. “But ‘Funny Girl’ takes it to a different level.” 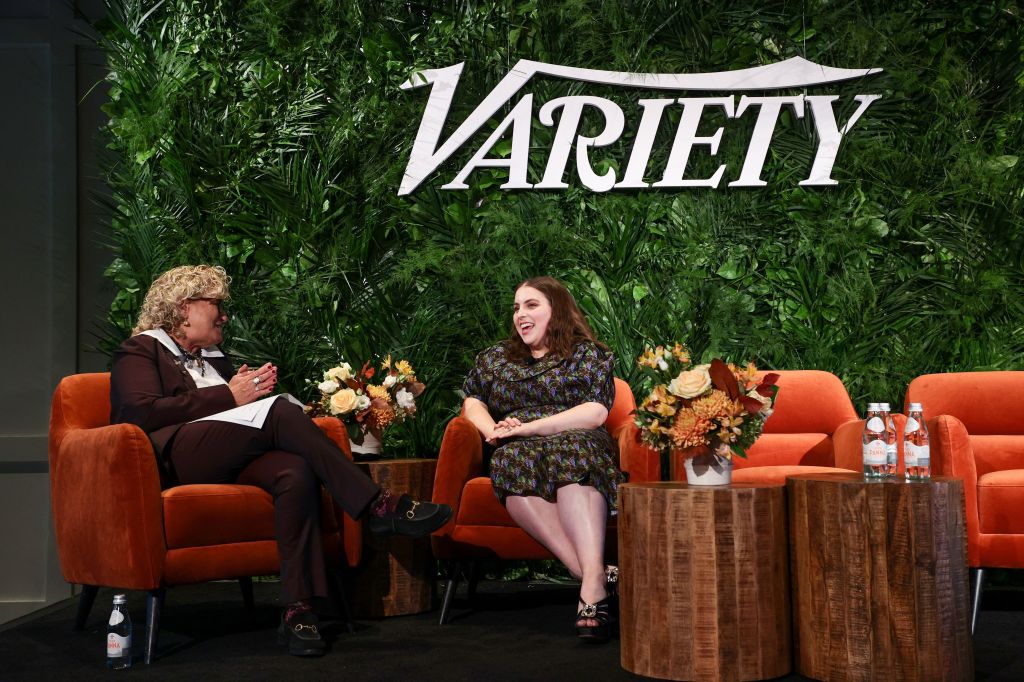 Before she took the stage at Variety‘s breakfast, she ran into Zaks, who directed Feldstein in her Broadway debut in “Hello, Dolly,” who imparted some advice. “Jerry said to me back over there, ‘It’s good to be nervous, Beanie-leh. It keeps you good.'”

As for putting her own spin on a character that’s become synonymous with Streisand, Feldstein does not feel daunted by the challenge at hand. “My job is to play Fanny Brice. It all comes back to Fanny herself, and that’s what I have to focus on.”

Andrew Lloyd Webber has spent the last year and change on a mission to get live theater back, but rather than soak in theater’s triumphant return, the Broadway impresario is already charting his next moves. That includes bringing his West End musical “Cinderella” to the Great White Way next year and working on a new show, the details of which he remains mum.

“I want to write something else,” Lloyd Webber said. “I’ve got an idea, but I can’t really share it.” He did offer one morsel, which is that it won’t be based on any pre-existing properties. “It will need to be an original story. Having done recently “School of Rock” and “Cinderella,” I’d quite like to do something a bit more serious.”