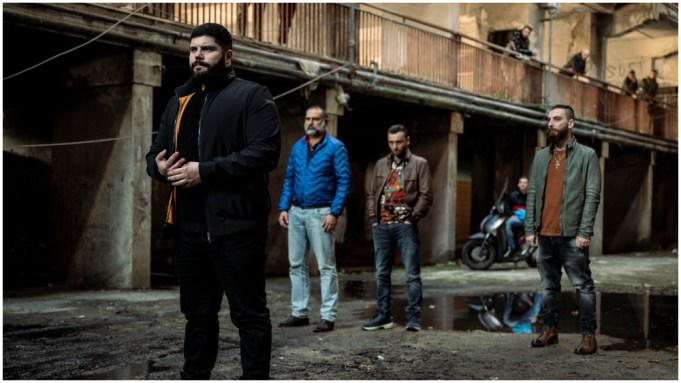 Sky has unveiled the official trailer for the fifth and final season of “Gomorrah,” Italy’s cult crime series produced by Sky Studios and ITV-owned Cattleya in collaboration with Germany’s Beta Film, which is the show’s international distributor.

“Gomorrah” 5 is set to air locally on Nov. 19 after world premiering as the closing event of the CannesSeries fest on Oct. 13. The show is based on an idea by Italian writer Roberto Saviano who wrote a best-selling mob exposé by the same title.

The final instalment of the hyper-realistic skein, which is Italy’s biggest TV export, will bow on Sky in Germany in December, and in the U.K. later this year. “Gomorrah” will soon also be coming to HBO Max in the U.S., home to the previous four “Gomorrah” seasons as well as the show’s spin-off film “The Immortal,” which is an integral part of the narrative.

The trailer of the fifth season, which Variety is previewing exclusively, is filmed in Naples, Rome and Riga, capital of the Baltic Republic of Latvia, and shows Salvatore Esposito once again playing mob boss Gennaro “Genny” Savastano who is forced into a bunker at the end of the fourth season. It teases the return of Marco D’Amore, once again starring as Ciro Di Marzio, the member of the Savastano clan who entered into conflict with Genny, and was thought dead at the end of season 3, and — as revealed in “The Immortal” — resurfaced in Latvia. Get ready for a showdown.

Ivana Lotito also returns as Azzurra, who, abandoned by Genny, must do whatever it takes to keep little Pietro safe, far from his father and everything he is associated with, and Arturo Muselli who once again plays Enzo Blue Blood, the former king of Naples’ Forcella hood who is devoured by guilt for having caused the death of too many partners in crime.

Besides “Gomorrah’s” well-established characters — who are getting ready for a showdown that appears increasingly invevitable –– the trailer also introduces several new cast members. Domenico “Mimmo” Borrelli (“5 Is the Perfect Number”) plays Don Angelo known as ‘O Maestrale, the ferocious Ponticelli boss who will prove to be crucial for Genny’s war against the Levantes clan and to allow him to get back Secondigliano, according to press materials.

Tania Garribba (“The First King”) plays Donna Luciana, ‘O Maestrale’s wife, a woman with a ferocious character just like her husband and a cunning and refined intelligence. Carmine Paternoster, who starred in “Gomorrah,” the Matteo Garrone film that preceded the show, has also joined the show’s cast as ‘O Munaciello, one of the Secondigliano bosses.

The first five episodes and the ninth are directed by actor-turned-director D’Amore, who previously helmed two episodes of Gomorrah season 4 and “The Immortal,” which acts as a narrative bridge between the fourth and fifth seasons, while episodes 6-8 and 10 are directed by Claudio Cupellini, at the helm since the show’s start. Both are artistic supervisors.

The 10 new episodes of “Gomorrah” — which The New York Times last year rated number five among its top 30 international shows of the past decade — are written by head writers Leonardo Fasoli and Maddalena Ravagli, who also wrote the series bible with Saviano. Gianluca Leoncini and Valerio Cilio rounded out the team of writers. Cattleya partner Gina Gardini served as executive producer throughout all five seasons.