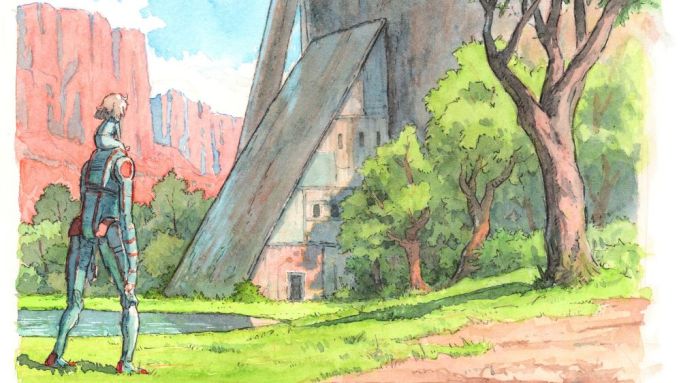 Netflix has launched an anime creators’ lounge in Tokyo that it hopes will add to the professional tools of animation designers and writers.

The move was revealed by Sakurai Taiki, Netflix chief producer of anime, in a blog posting on Friday.

“When I first watched the hit anime series ‘Keep Your Hands Off Eizouken!,’ an inspiring story about three high schoolers coming together to found an animation club, I was intrigued by the idea of making a space where creative minds could gather. It reminded me that creative processes should always be driven by passion and having fun,” he said in the blog posting.

The Anime Creators’ Base is located inside the company’s new Tokyo office and will be staffed initially by two designers, Ishidate Namiko and Cisse Saina who will help steer creators with developing conceptual art.

When it reaches full strength, the Creators’ Base will have three areas: a designers’ garage, with 10 designers and artists help staff get align around a project’s look and feel; a writers’ garage, for teams to develop and edit scripts; and a multi-functional lab space testing out new creative technologies, VR and motion capture technologies.

“When we think about the process there are three classic stages pr-production, production and post. What we want to do is cater to a stage even prior to that. Concept artwork, image boards, rough designs,” Sakurai told Variety. “So when we are creating an original show not based on an existing show or a manga the team will have an instant common image of what it will look like, while they are brainstorming ideas of story. This can sometimes be skipped because of lack of time or resources.”

But the Base may also assist with bringing other properties into the expanding anime realm.

“If we think that design adaptations are suitable for rebooting an existing manga property we will have the Creators Base people work on it and maybe bring it to the (IP) publisher and ask then what they think. Or we might visit a publisher of a novel, from Japan or abroad, but without any visual references. We could create an animated world and pitch that to the publisher,” said Sakurai.

Sakurai and Netflix are on schedule to release nearly 40 anime titles this year, roughly double 2020’s output. “There will always be a mixed slate of shows that are adapted from existing IP — manga or games — or a reboot of live action movies, as well as originals,” he said.

Five key properties upcoming are: “Vampire in the Garden,” a vampire series from Studio Wit; “Bright: Samurai Soul,” a spin off from Netflix’s own live-action show “Bright,” which was launched three years ago and will be an animated prequel; comedy series “Thermae Romae” adapted from a time travel story (which was previously two live action films and before that a manga series); “Rilakkuma’s Theme Park Adventure,” and “Spriggen” adapted from manga that was very popular in the 1980s.”

Within that lineup we have a range of styles: ‘Vampire in the Garden’ and ‘Thermae Romae’ are both fully hand-drawn, ‘Spriggan’ is 3D animation, ‘Rilakkuma’ is stop motion, and ‘Bright Samurai Soul’ is fully CGI,” Sakurai said.

Click here for a tour of the new facility.