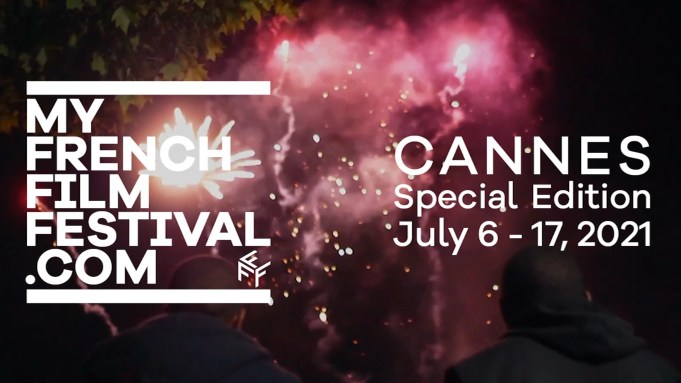 After holding its 11th edition earlier this year, MyFrenchFilmFestival, an online fest organized by France’s film-TV promotional body UniFrance, will go live again next month for a Cannes Special Edition.

Running July 6-17 – in parallel with the Cannes Film Festival – this edition will screen 12 features and 12 shorts, free of charge and subtitled in 10 languages, on MyFrenchFilmFestival.com. The shorts will also go out on the festival’s YouTube, Facebook and Instagram accounts.

The online festival will also screen Tessa Louise-Salomé’s documentary “Mr. X, a Vision of Leos Carax,” to honor the filmmaker whose “Annette” will open the 74th Cannes Film Festival on July 6.

“This special edition is an opportunity to create the link between the Croisette and the wider public abroad,” MyFrenchFilmFestival organizer Quentin Deleau told Variety.

“Though major international events are happening anew, the situation nevertheless remains complex in many countries,” he added. “To continue our mission of promoting young French cinema, we wanted to offer global viewers the opportunity to enjoy films that shone in Cannes from the comfort of home, for free, while waiting for theaters to fully reopen.”