Inside the Record-Breaking Deal for Sundance Favorite ‘CODA’ 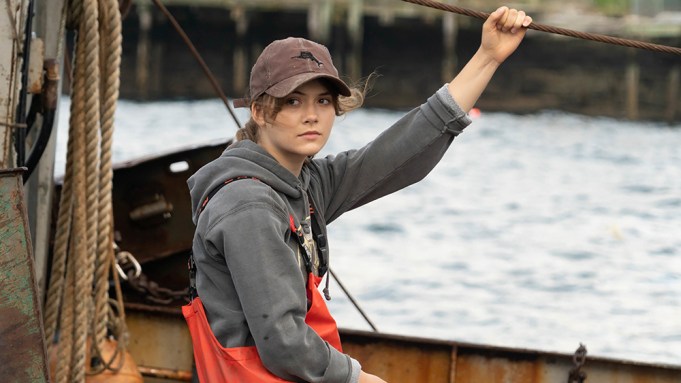 Park City, Utah is home to some stunning $25 million mountain estates — but it’s a jaw-dropping price for an indie movie to come out of the ski town’s preeminent American film festival, Sundance.

But there was “CODA,” a touching drama that kicked off 2021’s virtual edition of the event, landing a record-smashing $25 million deal from Apple Studios, or the cost of one of those palatial getaways. The victory followed a bidding war that, according to nearly a dozen sources who spoke to Variety, revealed much about Hollywood’s priorities, cashflow and boundaries in this moment of streaming disruption and pandemic chaos. It also encapsulated the way that the old indie film business, one that relies on box office performance and television licensing, is being subsumed by the rise of streaming services that aren’t as dependent on those totems of success.

Heading into the festival, multiple sales agents earmarked the film as a potential winner. It’s unclear whether the film’s domestic sales brokers — CAA Media Finance and ICM — could have anticipated the glowing reviews and rapturous social media response to the story of a teenager (breakout Emilia Jones) who is the only hearing member of her family. Her dreams of going away to study singing at college are complicated by the important role she plays in helping her deaf father, mother and brother launch their fishing business. The performances and compelling storyline led studios to think that “CODA” could be a major player at next year’s Oscars.

That led to a flurry of interest from prospective buyers, with offers beginning at $2 million and leveling out for serious contenders at $18 million (just over the price of the previous record-breaker, 2020’s “Palm Springs”), according to sources. The deal closed with Apple at $25 million.

The price was outsized even for free-spending Netflix — one insider said the streamer wouldn’t engage in a formal offer until the number dropped. The traditional prestige film distributors like Focus Features and Searchlight, no doubt intrigued by the film’s winning commercial potential and front-loaded awards prospects, quickly disappeared from bidding. Another insider cited the ongoing closure of movie theaters and the troubled national rollout of COVID-19 vaccines as the cause — theaters need to be open for those companies to make money.

Amazon Studios, as Variety previously reported, warmed to the project, but had concerns about the number of films it will have to release over the next 12 months. Other newcomers, like MGM’s Orion label that came to the festival reinvigorated under new leader Alana Mayo, expressed appreciation, but did not want to swim in that financial deep end for the sake of appearing competitive, sources said.

Set in a blue-collar Massachusetts community, “CODA” does not have the ethos of a mid-to-high budget movie. The most notable name in the lead cast is Marlee Matlin, who remains the only deaf actor to win the Academy Award for 1986’s “Children of a Lesser God.” (“Instructions Not Included” star Eugenio Derbez has a key supporting role.)

Despite a lack of expensive star talent and complex locations, “CODA” cost roughly $10 million to produce (though three individuals with knowledge of the film said it cost twice that). One potential cost-driver is the film’s use of popular music. Jones’ character finds escape in her high school choir, where her eccentric teacher (Derbez) has her belt Marvin Gaye and Tammi Terrell, David Bowie and Joni Mitchell tunes to realize her dreams. Most of the master recordings of these songs do not appear in the film, only cover versions from the actors, which is a significantly cheaper rights negotiation. The producers of “CODA” declined to comment on the budget.

Included in the budget was roughly $6 million in foreign territory presales, brokered by Pathé, which presented an obstacle to any player looking to take global rights to the film (a common requirement for streaming services who need to feed content to worldwide subscribers). Buying back foreign distribution rights is messy work that can quickly become expensive, one dealmaker unrelated to this transaction said — especially when some of those international rights holders say they were blindsided by Pathé, and only learned of Apple’s acquisition of “CODA” in trade publications like Variety.

Andrea Goretti, the CEO of Eagle Pictures, told Variety that the company was still planning to release “CODA” for Christmas and has already sold Pay TV and free TV rights in Italy. Goretti said he received a call from Pathé on Feb. 1 to inquire on their willingness to sell back the Italian rights, he said. Goretti said the deal — which gives Eagle Pictures the Italian rights to the film for 20 years — was finalized on Jan. 7, and the company just processed the down payment.

“This is a film which was financed in large parts thanks to well-established independent distributors like Eagle Pictures, who read the script and put the risk when no one was there,” said Goretti. “We have no intention to give back these rights now because we love the film, we think it’s got a strong potential and we’ll stick to our plan to give it a big release on Christmas.” He added that Pathé, which is also a indie player, should understand the importance of preserving long-term relationships with independent distributors around the world. In Scandinavia, Nordisk confirmed it had pre-bought the film and declined to comment on the deal with Apple and potential talks with Pathé.

CAA and ICM are engaged in ongoing discussions with independent distributors and are expected to close the worldwide deal. Both agencies and Pathé declined to provide comment for this story.

International woes aside, one competitor called the deal a “slam dunk” for Apple, a dizzyingly wealthy enterprise that has been in the market for 15 months looking to establish its taste and brand identity. Citing the movie’s co-viewing potential, another top film executive noted its relatable familial pangs and catharsis, as Jones’ character asserts her identity and seeks acceptance from her charismatic family, making it a prime choice for parents and teenagers to watch together. Some speculated it could easily be positioned as a Mother’s Day release on Apple TV Plus with an awards campaign to follow in the fall of 2021.

Apple had other reasons to act aggressively. Netflix recently announced it will release a new movie every week beginning this year and Disney Plus continues to attract buzz with its Marvel and Star Wars-heavy programming. Plus, Amazon has been spending big in recent months on starry projects like Eddie Murphy’s “Coming 2 America” and Chris Pratt’s “The Tomorrow War.” Given that Apple has a nearly $2.3 trillion market cap, a $25 million film is a small price to pay for a potential Oscar winner.

There are advantages to being the biggest company in the world, after all.