Riley Keough Talks Her ‘Demonic’ ‘Zola’ Character: ‘She Was Offensive in Every Way’ 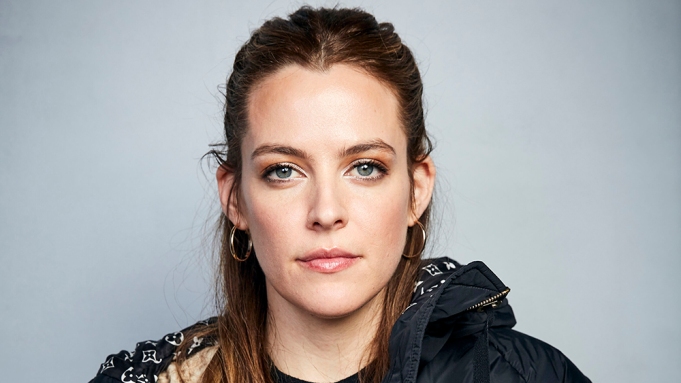 Riley Keough knows that her “demonic” character Stefani in “Zola” is offensive. So much so that she apologized to the cast and crew during rehearsals. “I may have said, ‘I’m sorry, by the way, this is an awful human being,’” Keough says on this week’s episode of the “Just for Variety” podcast.

Keough said, “she was offensive in every way.”

Directed and co-written by Janicza Bravo, “Zola” is based on a viral Twitter thread about one woman’s weekend with Stefani, and her pimp (Colman Domingo) and boyfriend (Nicholas Braun). Taylour Paige stars in the title role as a waitress who is invited on what turns out to be a nightmare road trip to strip at various clubs with Stefani. “Taylour and I became friends quickly,” Keough says. “And Colman and Nick, we were all so close that it was really an environment that allowed all of us to feel really comfortable and safe. We all knew the point of this. It wasn’t just some gratuitous dumb thing. There was a race commentary. It was very much serving a purpose.”

In fact, if Keough, 32, was having trouble nailing some of her culturally inappropriate dialect, “Colman and Taylour would just help me,” she says. “If I was like, ‘I don’t know how to say this,’ they would be like, ‘Don’t say it like that. Say it like this.’ So it was kind of a group effort to get it right.”

Keough recently made headlines when it was revealed that she provided backup vocals on county star Orville Peck’s cover of “Born This Way” on “Born This Way Reimagined,” Lady Gaga’s 10th anniversary release featuring LGBTQ artists and allies singing the tracks. Keough’s producing partner’s husband produced for Pack and casually asked Keough one day while visiting with the couple if she’d record a few vocals in their at-home studio. “I think they said, ‘Oh, it’s for something for Lady Gaga,’ but I really didn’t know how big of a deal it was,” Keough explains.

She’ll be doing a lot more singing in “Daisy and the Six,” the upcoming Amazon series adaptation of the novel of the same name. Keough stars as a singer in 1970s Los Angeles and is already expecting comparisons to her grandfather Elvis Presley. “My voice isn’t like Elvis,” says Keough, whose mom Lisa Marie Presley is also a singer. “But I’ll tell you what, I just realized recently that I do have kind of a country voice. I realized the other day in the studio — we’ve recorded a bunch of songs — I think I have a country voice.”

Keough doesn’t regularly listen to Elvis’ music. “I don’t put it on. If it’s on, I’ll listen to it,” she says. “There’s definitely emotion around it. There was definitely a lot of grief around it growing up, especially seeing my mom and my grandmother. It was kind of a sad thing, tragic kind of a thing, so there was definitely that relationship to it, and I could see from a young age, it would make my mom sad, and so I could feel that. It’s definitely an emotional experience, especially if it’s one of the more emotional songs. If it’s one of the more upbeat songs, it’s not. The more gospel or that kind of stuff definitely makes me emotional.”

Sadly, tragedy struck the family again almost a year ago when Keough’s 27-year-old brother Benjamin died by suicide. While she doesn’t usually talk openly about her private life, she wants to speak about her only sibling — she says Benjamin was her “best friend” — as much as she can to raise awareness around mental health and suicide. “I think people have ideas about suicide and what that looks like. I did,” Keough says. I’m like, ‘OK, they must be a, b and c.’ I think I posted all these videos of him on my Instagram when he passed because I just wanted to share that people you’d never know would take their life, can take their life.”

“It’s not linear,” she continues. “There’s not one version of it. In our scenario, I never would have imagined it. It wasn’t something that I saw coming so just taking away that bias around suicide for me was really important, that he was incredible, he was so smart, so funny [and] he was talented at everything he did. I think people have these ways they imagine mental health looking.”

Listen to the full interview with Keough above. You can also find “Just for Variety” at Apple Podcasts or wherever you download your favorite podcasts.