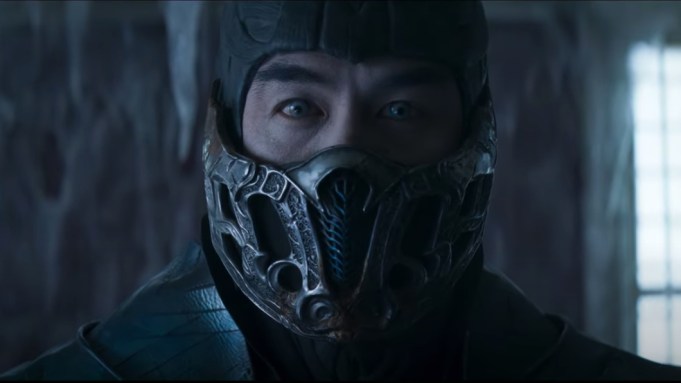 “Everybody got surprised because they said, ‘Oh my God, you’re so evil onscreen. And look at you. In reality, you’re so funny,’” the actor and former martial arts champion tells me, from his home in Indonesia, on this week’s episode of the “Just for Variety” podcast.

Taslim says he’s already signed options for four more “Mortal Kombat” films, if Warner Bros. decides to move forward with a franchise. But it’s his 10-year-old son’s opinion that matters most to him. “He watched the movie and he was like, ‘You know what? This one, well, I think I give you a seven,’” Taslim says. “I was like, ‘Yeah. Seven is good, seven is good.’”

In fact, Taslim’s son was in the room when he got the phone call offering him the role. “I asked my kid, ‘Which character you think is good for me if I’m in ‘Mortal Kombat?’” he recalls. “He said, ‘I think, you kind of look like the character in the game, Sub-Zero. I think you’re perfect to play Sub-Zero.'”

Taslim’s toughest challenge was wearing the Sub-Zero suit, which weighed about 33 pounds. “It looks so dope, an amazing design and then I tried to walk,” he says. “I couldn’t walk. It was so heavy. I was like, ‘How am I going to fight in this costume?’”

A lighter suit was made for the more intense stunt work, but then Taslim lost about five pounds “because every day in that suit, walking around and doing action stuff,” he says. “At the end of the day, you take it off and your body is just flooded [with sweat].”

Taslim said the first weeks of shooting took some getting used to. “I walked around like a grandpa every day,” the 39-year-old says.

And then Taslim smiles when describing his love of shooting fight sequences: “Sometimes you get hit in the face or you hit someone in the face, but for me that’s the fun of it. I know it’s probably weird, but to create a beautiful work, sometimes it has to happen. The last thing you want to do it hurt your co-actor, but sometimes it happens. It’s beautiful because it was intentional. Both of you want to make a great fight scene. … It’s beautiful and it’s dangerous.”

You can listen to the full episode with Taslim above. You can also find “Just for Variety” at Apple Podcasts or wherever you listen to your favorite podcasts.