Why Mena Suvari Opened Up About Surviving Sexual Trauma and Substance Abuse: ‘I Got Exhausted Keeping Up Appearances’ 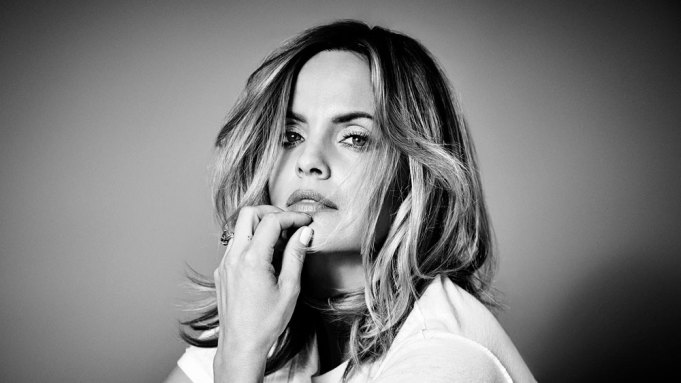 But as glamorous as her life may have appeared, Suvari was keeping a lot of secrets. Dark secrets.

Now, she’s telling them all in her new memoir, “The Great Peace.”

Suvari was raped when she was just 12 years old by a friend of one her brothers. What followed were years of sexual trauma and substance abuse. She endured two marriages that ended in divorce. But through it all, she continued working, presenting herself as a happy starlet without a worry in the world.

Her first taste of fame came while shooting 2001’s “Sugar & Spice.” A fan recognized her from “American Pie” and asked for an autograph. “I remember thinking, ‘Why? Who am I?’ because I felt worthless. I was like, ‘Why do you want my autograph?’” Suvari recalls on this week’s episode of the “Just for Variety” podcast.

Until then, Suvari was a struggling actor in a relationship with a man she calls Tyler. “I was filing for unemployment on the dirty carpeted floor of the apartment,” Suvari says. “That was my life. I was shopping at the 99 Cents store before that. Just grinding.”

Tyler coerced her to participate in frequent three-ways with other women. Her drug use was spiraling out of control. When she played a meth addict in 2002’s “Spun,” she was praised for her very convincing portrayal. “I knew why I was connected to that material,” Suvari says. “It would have been lovely to have conversations around it, but that wasn’t the time to do that.”

Describing her first day on the set of 1999’s “American Beauty,” Suvari writes in the memoir, “On any typical day in my real life I was fragile, scared, vulnerable, desperate, confused, depressed and feeling worthless.” She doesn’t write extensively about her co-star Kevin Spacey, but recalls that when he was accused of sexual misconduct, she remembered an “eerie” experience on set — Spacey cuddled up to Suvari in a trailer because he said it would help them be more comfortable with each other to shoot their more intimate scenes.

Suvari says the #MeToo and Time’s Up movements helped her to find her voice, and ultimately put pen to paper to write a memoir: “I got exhausted keeping up appearances.” She hopes her honesty will help others, and wants other survivors “to know you’re not alone.”

Now 42, Suvari has been married to her husband, set decorator and prop master Michael Hope, for two years. She gave birth to their first child, Christopher, in April. “It’s not like I’m like, ‘Yeah, read my book.’ People tell me, ‘I’m going to read your book.’ I’m like, ‘Please don’t’ … But I try not to sit with that too long, of wondering why I did it or what’s it going to mean, because I try to go back to why it first came out of me,” Suvari says. “It was because I just had that desire to live my life authentically and feel transparent. And why not? Because I feel like that’s why we’re here. It was like I was still suffering alone. I didn’t want to allow myself to do that.”

You can listen to the full episode of the podcast above. You can also find “Just for Variety” at Apple Podcasts or wherever you listen to your favorite audio programs.

If you or someone you know has been sexually assaulted, please contact the National Sexual Assault Hotline at 1-800-656-HOPE (4673) or go to rainn.org.

If you or someone you know is struggling with addiction, please contact the SAMHSA substance abuse hotline at 1-800-662-HELP.