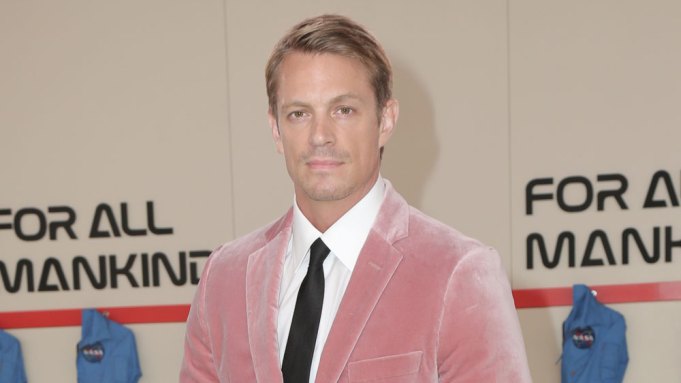 Joel Kinnaman admits he hasn’t seen Uzo Aduba’s award-winning work on “Orange Is the New Black.” Even so, it didn’t take long for the actor to become well acquainted with Aduba after he signed on to play her on-again-off-again boyfriend in the new season of HBO’s “In Treatment.”

In the series, Aduba plays a therapist juggling patients and her own life. Kinnaman’s mother is a therapist and counts “In Treatment” as one of her favorite shows. “I think definitely the stigma around it has been lifted in the [United States],” says Kinnaman, who was born and raised in Sweden (mom is Swedish and dad is American). “I wasn’t really aware that it was that big of a stigma, I guess because of how I grew up. I always thought it was something that was sort of normal and that should be part of people’s everyday life, but that’s really not the case. I think people think that you’ve got to be crazy or going through a breakdown of some sort to go through therapy, but not understanding that it’s just something that you can do to just work through your problems and help you look at yourself, and just help remain happy in life.”

Kinnaman, who is currently shooting the third season of Apple’s NASA drama series “For All Mankind” and will be seen later this summer reprising his role of Rick Flagg in James Gunn’s standalone “The Suicide Squad” sequel, says he’s sought a therapist’s help. “I’ve talked to someone while working through an issue, or for a couple of months, but I haven’t been going for years like some people do. I’ve never got an analysis, for example, or anything like that. But I’ve always seen the value of it. And I think I grew up with mom, I sort of get that language and the perspective of yourself and being introspective, and trying to get to the bottom of things, and not just accepting your reactionary behavior but sort of taking a step back and trying to look at one’s self and what is behind the behavior that you’re doing, especially when you end up doing the same mistakes over and over again.”

Tell me more about working with Uzo.

It was great. I mean, I think that considering the level of that dialogue, it’s not just easy. It’s complicated stuff, right? And sophisticated. It’s sophisticated dialogue that, really you need to think about it, you need to work through it, you need to find the rhythm of it. It’s not just feeding it into the hard drive. You’ve got to work it. And we’re shooting two days per episode, and each episode is about 25 pages. So she’s doing 10 to 15 pages a day. So she’s constantly just reading lines. And we had some time to hang out and talk, there was some brief moments, but basically like 80% of the time, as soon as they say cut, she’s got an earpiece and she has her assistant that’s sitting behind her, and they start reading lines for what they’re doing two days later. It’s one of the more demanding jobs that you could have in Hollywood in terms of learning lines and all that. It’s fun. We could really play with it. When you play with people on a certain level, it just becomes easier.

The third season of “For All Mankind” jumps ahead to the ’90s. Tell me more about that.

Yeah, so another 10 years means another hour and a half in makeup, and age really starts to become part of the performance. The show is really taking off. The first season kind of came out a little bit in a vacuum, it felt like. We were really stoked about it and thought the writing was excellent. We were really proud of the pudding, but it was part of the first batch of shows that came out on Apple TV Plus, and it felt like it got a little bit lost in the shuffle there. And then we were shooting the second season, we felt like we were hitting our stride, and the show was really finding itself and elevating. And so it was a really good feeling when also the audience and critics sort of found the show, and it became this sort of groundswell around it. And I feel like now in the third season, they’re taking everything to the next level. The pace is increasing, the scale is getting bigger.

How are they aging you?

It’s pretty significant. They got it down now to like an hour and a half. At first it was like two and a half hours. I’ve got my whole face full of prosthetics and gray hair and all that good stuff.

Have you seen the new “Suicide Squad?”

We saw it a couple days ago. It’s insane. It’s by far James Gunn’s best movie.

Why do you say that?

It just takes it to another level. It’s an insane film. At the same time, it was very much the movie that I thought it was going to be because the vision was so clear from the beginning. While we were shooting it, it was so clear what we were doing. It’s so entertaining. I’m of course hopelessly biased, but I found it to be one of the most entertaining films I’ve ever seen. From A to Z, it’s so well paced, it has such a drive and such comedic timing. It’s funny along the way the whole time, effortlessly. But then I think what really surprised me was I was struck by was how well it flowed, but also how he was able to create these little bubbles, these little moments of emotional depth and visual and emotional poetry. And I felt like it really transcended the genre, and it became something bigger. And then it’s also very silly, and ridiculous in many ways and super violent. Just gory almost at times. And it has shocking moments, but they are very comedic. At the end of the movie, it’s completely normal seeing this giant shark just standing gnawing on a person’s head, and some of the people just having a conversation next to it… When you’re one hour and 50 minutes into ‘Suicide Squad,’ that’s going to feel completely normal. It’s so irreverent.

I know the first “Suicide Squad” had critics who weren’t happy with it, but I loved it.

I thought the first 40 minutes of the film was fucking great, and then there were conflicting visions and it just didn’t end up being what we all hoped it was. It didn’t feel like the movie that we hoped we were going to make, and this is something very different. …It’s just a different universe. It’s a James Gunn universe. It’s a very hilarious and depraved place.

Listen to the full interview with Kinnaman above. You can also find “Just for Variety” at Apple Podcasts, iTunes or wherever you download your favorite podcasts.