‘It’s a Sin’ Star Neil Patrick Harris Amazed by Younger Generation’s View on Sexuality: ‘The Labeling and Stigma Is Just Not There’ 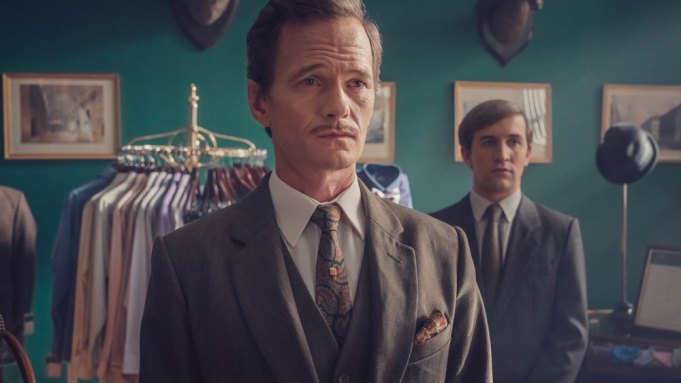 Neil Patrick Harris still has a big item on his bucket list that he’s “dying” to do — he wants to be in a superhero movie. “Big scale, CG elements, like a big, large movie,” the Tony and Emmy winner tells me on today’s episode of the “Just for Variety” podcast. “Like it could be Chris Nolan large, could be PlayStation 5 large. Like some kind of big where you’re doing wires.”

In his latest project, “It’s a Sin,” NPH plays an older gay gentleman who becomes a father figure and mentor to a young man coming to terms with his sexuality. The HBO Max limited series (premiering on Feb. 18), from “Queer as Folk” creator Russell T Davies, is about a group of gay friends living in London during the early days of the AIDS epidemic. Davis first approached Harris about the role. “I got on phone call with Russell and his producing partner,” Harris says. “He told me about the idea, and that there was a character in it that he was interested in me playing. And I said, ‘Sure, I’d love to.’ And that was six months before. It was early on in the process. And then I thought it had gone away and then it appeared again and it was happening in earnest. And suddenly, I was in Manchester and learning an accent and growing a mustache and loving life.”

Most of the cast members, led by Olly Alexander, are openly gay. “I think that almost everyone uniformly, when they’re able to not withhold information, they shine brighter,” Harris says. “And I think the keeping of secrets is a bearing of weight. Holding weight just weighs you down and when you’re free from that weight, you are obviously able to stand taller.”

Harris came out publicly 15 years ago, when he was 33. He’s amazed how young people today approach sexuality. “The gay-straight spectrum is totally different,” he says. “It seems that the labeling and the stigma is just not there. I’ve had good conversations with people, in their early 20s, who are straight, but have fooled around with friends and that doesn’t weigh heavily on them. It was fun. They had fun. And now they have a girlfriend, and they are not troubled by it. It doesn’t define them. It was just a fun afternoon or evening. And I love that.”

Speaking of younger, Harris was just 16 years old when “Doogie Howser M.D.” made him a star. A Disney Plus reboot, titled “Doogie Kamealoha, M.D., will feature a female lead played by Peyton Elizabeth Lee  and is set in Hawaii. “I’m so happy,” Harris tells me when I ask about the reboot. “The creator of it was a big producer on ‘How I Met Your Mother’ (Kourtney Kang). I think setting it with a female protagonist is a great call… I think it’s in really good hands. I feel like it’s a passion project for many and I can’t wait to watch it.”

You can listen to the full interview with Harris above. You can also find “Just for Variety” on Apple Podcasts or wherever you find your favorite podcasts.