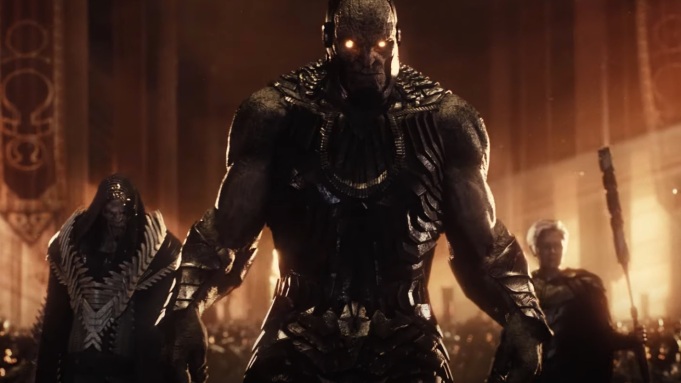 The trailer features a battle of epic proportions between the Justice League and big bad Darkseid (Ray Porter), who was intended to be the main villain of the first cut of the film, but ultimately was not included. The clip also teases a conversation between Jared Leto’s the Joker and Ben Affleck’s Batman. “We live in a society where honor is a distant memory,” The Joker says while staring at a foggy skyline. “Isn’t that right, Batman?”

The movie is the culmination of a years-long grassroots campaign to get Warner Bros. to #ReleasetheSnyderCut, after Snyder originally left “Justice League” in early 2017 due to creative differences with the studio and to recover from a family tragedy. Warner Bros. brought in Joss Whedon, director of the Marvel Studios superhero team-up movies “The Avengers” and “Avengers: Age of Ultron,” to re-write and re-shoot the film on a tight schedule to make the announced Nov. 2017 release date.

The result received a tepid response from critics and at the box office, earning $657.9 million against an eye-popping estimated budget of $300 million. The consensus was that Whedon and Snyder’s sensibilities were a bad match that made for a strange and underwhelming experience. One glaring example: Cavill, who plays Superman, couldn’t shave the mustache he grew for “Mission Impossible: Fallout” — which was in production at the same time as the “Justice League” reshoots — so it had to be removed with woefully unconvincing CGI in post-production.

By 2018, Snyder’s fans began beating the drum for the studio to release Snyder’s version of the movie, a campaign that gathered considerable steam in late 2019 when Snyder and actors Affleck, Gadot and Momoa joined in. In May 2020, Snyder announced in a livestream that his version of “Justice League” would premiere in 2021 on HBO Max — after WarnerMedia spent tens of millions on new visual effects and additional photography. Snyder made clear that none of the material shot by Whedon will appear in his version, including Cavill’s CGI’d upper lip.

As Snyder’s efforts to put together his cut was underway, Fisher accused Whedon in July of “gross, abusive, unprofessional, and completely unacceptable” behavior on the set during the reshoots, and that producers Geoff Johns and Jon Berg “enabled” Whedon. WarnerMedia launched an investigation, and ultimately announced that “remedial action” had been taken, though the company did not specify what. (Whedon has never commented on Fisher’s allegations, and Fisher has never made public the details of what he alleges happened on the movie.)

Ellise Shafer contributed to this report.