‘Cobra Kai’ Star Xolo Maridueña on Being Cast as Blue Beetle for HBO Max: ‘Representation Is So Important’ 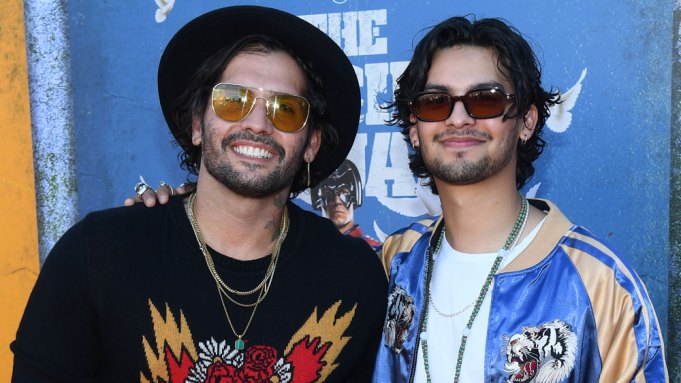 “Cobra Kai” star Xolo Maridueña has been cast as Blue Beetle for HBO Max’s movie adaptation of the DC superhero of the same name. Both Maridueña and Angel Manuel Soto, who will be directing the film, confirmed the news at “The Suicide Squad” premiere on Monday night in Los Angeles.

Manuel Soto told Variety‘s Marc Malkin, “I believe today is the day that Xolo comes in as a Blue Beetle.” Maridueña confirmed that he also just found out about his new role. “He just got the news today,” said Manuel Soto. “Less than 24 hours ago,” the “Cobra Kai” star replied.

Maridueña will be taking on the lead role of Jaime Reyes in DC’s first adaptation of a comic that focuses on a Latino superhero. While learning about his new character, Maridueña explained that he’s most excited to represent a Latino character.

“The only thing that is on my mind right now is just the fact that he’s Latino. I have so much pride in getting to be a part of this project with Angel, someone like him,” he said. “I think it’s so important, and I don’t want to stand on the soapbox for too long but representation is so important.”

Manuel Soto spoke highly of Maridueña, stating that the star was his first choice for casting. “Since I got the invitation from DC to work on this project, I couldn’t stop seeing him as the character.”

Maridueña said he’s going to bulk up for the job. “Luckily I have a background in martial arts and training in that kind of realm but this is a whole different game, this is like the big boys, so I’m ready to pack on a couple pounds and hit the gym,” he said.

When taking on the role, Maridueña said he’s not taking it for granted. “It’s such a great opportunity, and I’m not going to take it lightly, and we’re about to make a kick-ass movie.”

DC has plans to begin shooting “Blue Beetle” at the beginning of next year.