Musicals Haven’t Been Popular at the Box Office. Will ‘West Side Story’ Change That? 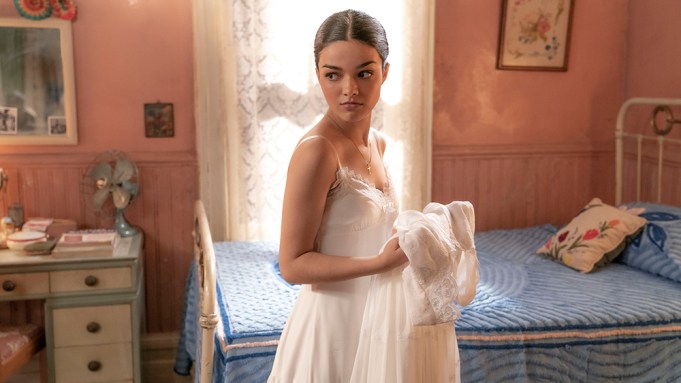 In 1961, “West Side Story”  dominated the box office and swept the Oscars.

Now, six decades later, Steven Spielberg’s long-delayed remake of the beloved musical, in theaters on Friday, looks to also find itself in the awards race after receiving rapturous reviews. But the film’s commercial prospects may be less certain.

On paper, the latest take on the oft-adapted Shakespearean love story is primed to be a smash because it’s based on one of the most cherished musicals in theater history and emanates from Hollywood’s most successful filmmaker in Spielberg. But “West Side Story” is returning to cinemas at a time when audiences have been hostile to movie musicals — even the well-received ones.

Playing in 2,800 North American theaters, “West Side Story” is tracking to generate $10 million to $15 million in its opening weekend. Some box office prognosticators believe ticket sales could reach $20 million, but others have cautioned that number may not be realistic for an adult-driven musical romance drama that’s arriving in a still-impaired moviegoing market. The spreading omicron variant could be a drag on ticket sales, too.

Compared to other potential Oscar players, which have been struggling at the box office, a double digit start wouldn’t be a terrible result. Advanced ticket sales for “West Side Story” have been on par with MGM’s star-studded crime drama “House of Gucci,” which opened to $14 million around Thanksgiving and has continued to entice audiences. However, anything below $15 million would be a middling tally for a film of “West Side Story’s” scope. The problem is the Disney and 20th Century Studio’s revival cost $100 million, not including the millions spent to promote the film, which has been pushed back several times due to COVID-19.

“It would be nice to think Spielberg could launch a successful musical in this marketplace,” says Jeff Bock, a box office analyst with Exhibitor Relations. “However, song-and-dance numbers have struggled mightily through the pandemic.”

Bock is referring to “In the Heights,” a well-reviewed adaptation of Lin-Manuel Miranda’s hit musical, and “Dear Evan Hansen,” a less well-reviewed take on the popular Broadway show, both of which failed to resonate at the box office. The Warner Bros. film “In the Heights” opened to $11 million in theaters while debuting simultaneously on HBO Max, and Universal’s “Dear Evan Hansen” premiered to $7.4 million while playing exclusively in theaters. After “Dear Evan Hansen” was panned, few expected the movie to break out in cinemas despite its commercial popularity on stage. But it would be a bad sign for multiplexes if “West Side Story” generates only a few million more in its opening weekend than “In the Heights,” which isn’t as ubiquitous and cost $55 million, around half of “West Side Story’s” budget.

“If ‘West Side Story’ does indeed open with less than $20 million, it will have to hope for a long run through the holiday corridor, which absolutely could happen, provided ‘Spider-Man’ doesn’t cannibalize the marketplace and audiences plan on seeing more than one movie over Christmas,” Bock adds. “If this opens closer to ‘In the Heights,’ it could spell trouble for Disney as families have many other options this holiday season.”

“West Side Story” should benefit from its prime holiday release date. Historically, December movies do not have splashy opening weekends but tend to play in theaters for weeks. Prior to COVID-19, musicals have been hit or miss at the box office, but many of the most successful song-and-dance spectacles, including “La La Land” ($448 million globally), “The Greatest Showman” ($438 million globally) and “Bohemian Rhapsody” ($913 million globally), opened in the fall and winter, giving them time to build on positive word-of-mouth around Christmas and New Year’s. For that reason, “West Side Story” could be one of the rare pandemic-era films to overcome a slower start, and being in the awards conversation could help sustain its life on the big screen.

Also new to theaters this weekend, the STX sports drama “National Champions” is playing in 1,100 locations in North America. The film, starring Stephan James, J.K. Simmons and Lil Rel Howery, centers around a star college football player who ignites a strike until student-athletes are fairly compensated.

Internationally, “West Side Story” is launching in 40% of markets — including France, Germany and Brazil — and aims to generate around $10 million. The film has been banned in Saudi Arabia, the United Arab Emirates, Qatar, Bahrain, Oman and Kuwait for including a transgender character, but its absence in those territories isn’t expected to impact its overall box office revenues.

Written by “Angels in America” playwright and frequent Spielberg collaborator Tony Kushner, “West Side Story” takes inspiration from the 1957 Broadway show about star-crossed lovers Tony and Maria (portrayed by Ansel Elgort and newcomer Rachel Zegler) whose romance fuels rival street gangs, the white Sharks and the Puerto Rican Jets. The cast also includes Ariana DeBose as Anita, David Alvarez as Bernardo, Mike Faist as Riff, and Rita Moreno (who won an Oscar for portraying Anita in the 1961 adaptation) as Valentina.

Reviews for “West Side Story” have been rapturous, with descriptors like “dazzling” and “electrifying” coming up frequently. Variety‘s chief film critic Owen Gleiberman praised “West Side Story,” saying Spielberg delivered a compelling argument to revive an all-time classic movie musical.

“There are scenes in Spielberg’s version that will melt you, scenes that will make your pulse race, and scenes where you simply sit back and revel in the big-spirited grandeur of it all,” he wrote.