Venice and San Sebastian-Bound ‘They Carry Death’ Gets Trailer, and Bendita Film Sales as Agent (EXCLUSIVE) 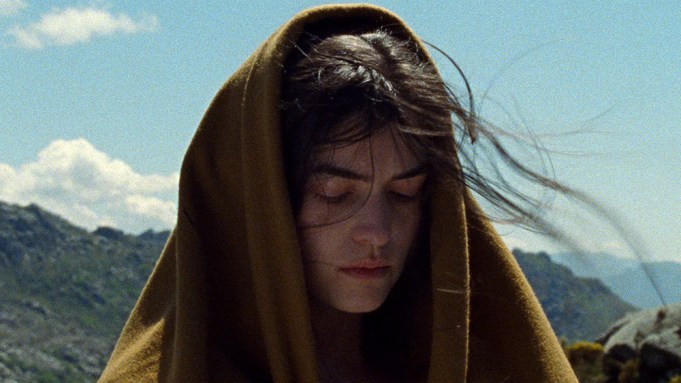 Not bad for a feature debut. “They Carry Death” (“Eles Transportan a Morte”), from first-time Spanish film directors Helena Girón y Samuel M. Delgado, is participating in two prominent film festivals back to back.

After its world premiere at the Venice Festival’s 36th Critics Week sidebar, it competes in the Zabaltegi-Tabakalera section of Spain’s most important film festival, San Sebastian.

Delgado is no stranger to Venice. He co-wrote Theo Court’s “Blanco en Blanco,” which won best director and Fipresci awards at Venice’s Horizons section in 2019.

Described as a classic adventure story tempered with a critical discourse on the perils of colonization, “They Carry Death” is inspired by Italian born feminist scholar Silvia Federici’s 2004 essay “Caliban and the Witch: Women, Body and Primitive Accumulation” in which she pointed out that the wealth amassed during the colonization of America funded the repressive apparatus of the Inquisition as well as the mercenaries and armies that would succeed in overthrowing the peasant insurrections that arose in Europe at the end of the 15th and 16th centuries. Meanwhile indigenous tribes were being slaughtered in America and popular uprisings as well as witch-hunts were at their peak in Europe. Reason and progress were also a myth.

“A large part of the discourse that make up our cultural identity emerges from this moment in time,” they said, adding: “We understand these myths as ‘political fictions,’ founding stories of a society based on fear.”

In the enigmatic trailer, which bows exclusively on Variety, people whisper fearfully in the near darkness as images of Columbus’s three ships set sail for the New World followed by a number of brief scenes including that of a volcano erupting, a woman throwing herself off a cliff, a blind old woman staring blankly ahead and ending with another exclaiming quietly: “My God, help me. Help us.”

The co-production underscores the budding alliance between the auteur cinemas of Galicia and the Canary Islands, which couldn’t be further apart geographically. Galicia, known for its mystical folklore, is located in the north west of Spain while the volcanic Canary Islands are closer to Africa than mainland Spain. The film was shot in both territories. Director Giron hails from Galicia while Delgado is from the Canary Islands.

Begin Again will release the film in Spanish theaters.