Continue to Variety SKIP AD
You will be redirected back to your article in seconds
Jun 15, 2021 5:52am PT 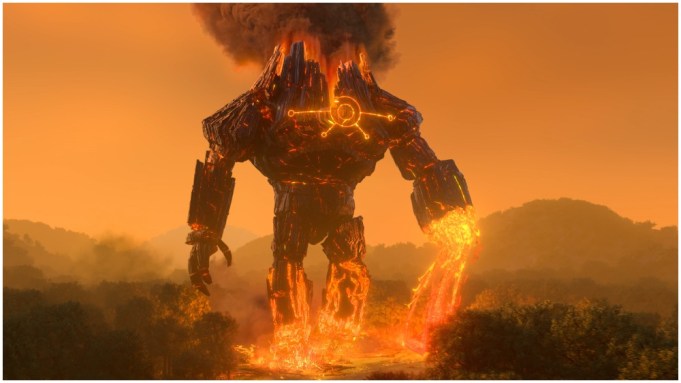 In 2016, Oscar-winning filmmaker Guillermo del Toro first announced his plans with DreamWorks to produce the animated series “Trollhunters” in a presentation at the Annecy Animation Festival. Now, five years later, he returns – although virtually – to discuss the franchise’s feature film finale “Trollhunters: Rise of the Titans,” and share a trailer ahead of its July 21 Netflix premiere.

In a pre-recorded Dreamworks Studio Focus presentation posted on Tuesday morning, Del Toro was joined by producer Chad Hammes and directors Francisco Ruiz Velasco, Johane Matte and Andrew L. Schmidt for a nearly hour-long discussion about the history of the “Tales of Arcadia” franchise and its Netflix-bound feature film conclusion.

Hammes kicked off the talk by asking Del Toro how he felt closing the five-year circle at this year’s Annecy.

“It’s a relief,” he admitted before casting his memory back to the 2016 announcement. “It was great because we were going to a festival with like-minded fellows and it’s like you belong there and they know what you’re going through and attempting in terms of the size of the story, the scope of the animation.”

“It’s the only place in the world where you can do that,” he went on, praising the French event as something more than most other festivals. “Where your whole week is about loving animation. Much more so than the business, statistics or ratings or money. You’re there for the love, that’s what makes it special.”

Although the DreamWorks series was first announced five years ago, Del Toro explained that “Trollhunters’” true origins go much farther back than Annecy 2016. “Trollhunters” as an idea was born in the sewers of Guadalajara, where a young Del Toro would spend countless hours exploring. It’s a memory Ruiz had from his own childhood in Mexico as well.

“I would go from one end to another, and I always thought ‘Oh my god this looks like a cathedral.’” He recalled, lamenting that he never saw any trolls of his own, but plenty of other monstrosities best left unmentioned in a family friendly presentation.

When Del Toro started developing his ideas for “Tales of Arcadia” more seriously, he first did so as a live action series set in the ‘80s but was asked to develop it as a feature film instead. The task proved impossible due to the story’s scale and scope, though not for lack of trying, and eventually Del Toro convinced backers to let him make his series.

After the “Trollhunters” history lesson, the conversation shifted to “Rise of the Titans,” and each director took a turn to discuss their contribution. The film’s narrative is delivered in three acts, so three of the series’ directors were recruited for the film.

In the day’s first clip, directed by Matte, “Wizards” characters Douxie and Nari are on the subway when they are jumped by Nari’s siblings who attempt to bring her back to the Arcane Order. Unbeknownst to the would-be kidnappers however, Nari and Douxie are far from sitting ducks, and quickly receive pre-planned backup from armed and armored Jim, Claire and Toby.

Ruiz was next up to share a clip from his act in which a volcanic looking kaiju, one of the risen Titans, emerges from the water and heads towards the coast on a path of assured destruction, before Gun Robot, a popular cult film character made real by the aliens of “3 Below,” teleports in from the sky and initiates an epic one-on-one battle in the style of classic Godzilla films.

Obviously, a kaiju-robot battle is nothing new to Del Toro or fans of his, and he and Ruiz acknowledged how much their time spent working on “Pacific Rim” influenced the combat in “Rise of the Titans.”

“What we learned is how you give scale to a fight, what you do and don’t do,” Del Toro explained. Ruiz agreed and added, “And how fast they should move.”

Schmidt, who Del Toro indicated usually gets the series’ tear-jerker scenes, directed the film’s third and final act, the final act of the “Tales of Arcadia” franchise.

“I relied a lot on what had been set up before me,” he explained. “Act I and II set up the path beautifully. I had to be careful about going too heavy on the action, because we had a lot of action already, and I had to figure out how to bring all the elements together and have an emotional build and release,” he recalled.

In the third and final clip, the entire squad Trollhunters from all three series are crammed on, in, and around a speeding taco truck driven by Blinky, pursued closely by the lava Titan. After Douxie casts a spell which lets the hunters stick to any surface, the group – minus Toby who is characteristically fumbling around, stuck to the side of the truck – run up the side of the titan and head into what promises to be an epic battle.