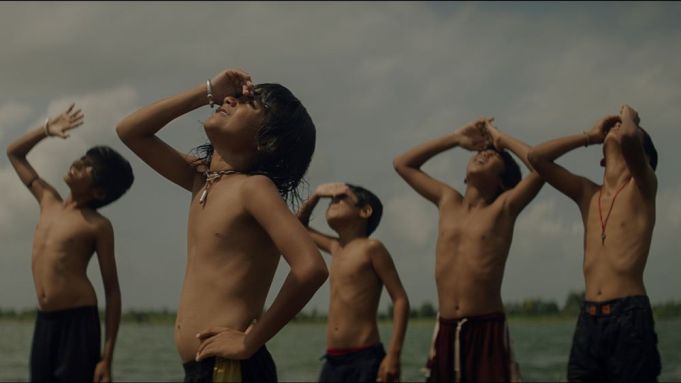 Pan Nalin’s “The Last Film Show,” (aka “Chhello Show”) which opens Tribeca’s Spotlight section on June 10, has attracted buyers around the world, ahead of its world premiere.

Neue Visionen has acquired the film for Germany, Karma Films for Spain, Shochiku for Japan, Red Cape and Nachson for Israel and Nos Lusomundo for Portugal.

Nalin is known for his eclectic, and visually striking, body of work including “Samsara,” “Valley of Flowers” and “Angry Indian Goddesses.”

The partly autobiographical drama takes Nalin back to his roots in Saurashtra, Gujarat, western India, where “The Last Film Show” was filmed. The story is set against the backdrop of Indian cinemas witnessing a massive transition from celluloid to digital where hundreds of single-screen cinemas are either in ruins or have disappeared altogether.

The film follows nine-year-old boy Samay, whose life turns upside down after watching his first movie at the Galaxy Cinema. He passionately falls in love with films against his father’s wish. Samay strikes a deal with Fazal, the projectionist, who will let him watch movies for free in exchange for eating the contents of his lunchbox. Their food-for-films deal turns into an endearing friendship, but heartbreaking choices lie ahead.

“It is a matter of immense excitement that Shochiku has acquired the film for Japan,” Momaya told Variety. “Being a huge cinema buff I have grown up watching the Shochiku logo build up thrilling excitement before the start of the movies of great masters like Kurosawa, Mizoguchi, Ozu, Naruse, Yamada, Kobayashi… As ‘The Last Film Show’ is a love letter to cinema, associating with Shochiku is a matter of pride and joy for me, director Pan Nalin and the entire team. It feels like we have found the best home for our movie in Japan.”

“Also, Japan, Germany, Spain, Portugal, and Israel’s acquisition of ‘The Last Film Show’ makes it universal and completes the part of our mission that our story is local, but it will certainly entertain global audiences,” Momaya added.

Momaya’s producer credits include Cyprus and Odessa festivals title “Three and a Half” and Busan and London festivals film “Namdev Bhau in Search of Silence,” directed by Dar Gai.

France’s Orange Studio is the sales agent for “The Last Film Show” and will represent it at the upcoming Cannes Market.