Continue to Variety SKIP AD
You will be redirected back to your article in seconds
Jan 14, 2021 11:20am PT 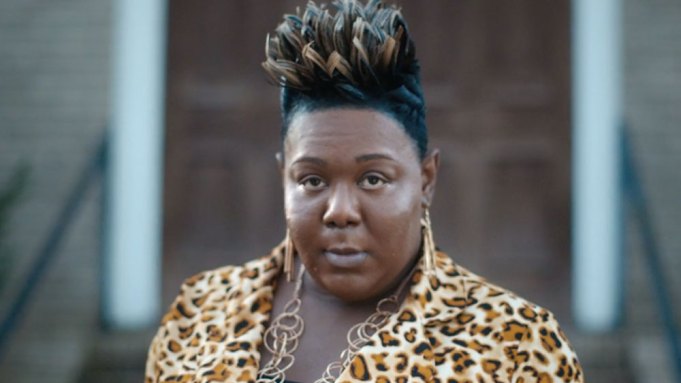 A new trailer for the upcoming docuseries “Trans in Trumpland” opens with ominous music as Donald Trump is heard in voiceover saying, “I will do everything in my power to protect our LGBTQ citizens.”

There’s no question that Trump, who was impeached for a second time on Wednesday, did not fulfill his promise. In fact, LGBTQ activists rightfully argue that Trump used his power to roll back the rights and protections of trans Americans.

For the four-part “Trans in Trumpland,” director Tony Zosherafatain traveled to the red states of North Carolina, Texas, Mississippi and Idaho throughout the last four years to document the experiences of four trans individuals during the Trump presidency.

The trailer offers a glimpse into the life of a trans woman who was held at a men’s ICE detention center. Zosherafatain is also seen showing photos of himself at age 12 to a trans high schooler. “No matter what the President says about you, you exist,” Zosherafatain says. “You are human.”

It was also announced on Thursday that Topic, the streaming service from First Look Media, has acquired North American streaming rights to the series. It will premiere on Feb. 25.

As Variety first reported, “Transparent” actress Trace Lysette signed on as a producer of the doc in July. She executive produces alongside Chella Man and Miss Major Griffin-Gracy as well as Topic’s Ryan Chanatry and Jeff Seelbach.

”As a transgender Iranian-American, the past four years were devastating for me. I witnessed and experienced daily attacks on my rights. It was an honor to meet and film four trans individuals who faced similar discrimination during the Trump era,“ Zosherafatain said in a statement. “I’m happy that ‘Trans in Trumpland’ will be released on Topic so that it can reach a wide audience. I think viewers of all backgrounds will find common ground in the compelling personal journeys told in each episode.”

Lysette said, “Trans people are resilient. We’ve been erased from history, and endured constant attacks on our existence, especially from the Trump administration. Our hope is that this project can be a bridge to folks who may not understand what we are up against and to also provide a real and raw look at not only our pain, but also our strength and joy. “