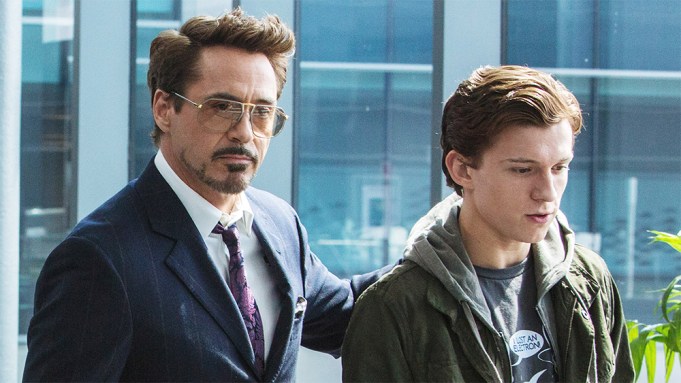 Tom Holland is best known for his role as Spider-Man in the Marvel comic superhero movies. But it turns out, getting the role wasn’t an easy process for the 24-year-old British actor. Holland spent months agonizing about whether or not he’d be cast as Spider-Man, and he even worried about getting fired after his first few weeks on the job.

In an interview for Variety’s Actors on Actors, Holland and Daniel Kaluuya spoke over about their latest roles — in, respectively, “Cherry” (about a war veteran who suffers from PTSD and opioid addiction) and “Judas and the Black Messiah” (a drama about Black Panther civil rights leader Fred Hampton).

During the conversation, Kaluuya — who is part of the Marvel Cinematic Universe for portraying W’Kabi in 2018’s “Black Panther” — asked Holland how the “Spider-Man” movies changed his life.

“There’s three stages of life changing,” Holland says. “It’s weird. The audition process was horrible. It was seven months of auditioning. I must’ve done six auditions, and they don’t tell you anything.”

Eventually, he got called to do a screen test in Atlanta opposite Iron Man. “There was me and six other kids, and [Robert] Downey [Jr.] was there, so we all tested with Downey, which was crazy,” Holland says. “It’s the best audition I’ve ever done, him and I were riffing off each other. My agents told me that Marvel likes you to learn the words exactly — you can’t improvise. And then, on the first take, Downey just completely changed the scene. We started riffing with each other, and I mean, to sound like a bit of a dick, I rang my mum afterward and was like, ‘I think I’ve got it.’”

Six weeks later, Holland returned for another screen test, where he performed a fight scene with Captain America (Chris Evans). “They flew us back to Atlanta, me and one other guy, and we did this scene, which was so surreal,” Holland says. “By that point, it had been an amazing enough of an experience that if I hadn’t got the part, I would’ve felt like I’d at least achieved something to get to that point. I went out to play golf with my dad. I lost and I was upset, and I remember going on my phone and checking Instagram, and Marvel had posted a picture of Spider-Man, of the cartoon. And by this point, I kind of had assumed I hadn’t got it, because no one had called me.”

“You found out in the press?” Kaluuya asks.

Holland continues: “I got my computer, and my dog was sitting next to me,” he says. “I type in ‘Marvel.’ I’ve still got the article saved on my computer. It said, ‘We would like to introduce our new Spider-Man, Tom Holland.’ I broke my computer, because I flipped it up in the air. It fell off my bed; my dog went nuts. I ran downstairs. I was telling my family, ‘I got the part! I got the part!’ And obviously, that was right about the time when Sony had got hacked, so my brother, Harry, who’s quite tech savvy, was like, ‘No. There’s no way that’s real. They would have called you. They’ve been hacked.’ And then the studio called me and gave me the news. It was so bizarre how it happened.”

But even after he shot his scenes for “Civil War,” Holland wasn’t sure if he’d continue playing Spider-Man. “From the moment of shooting ‘Civil War’ to ‘Spider-Man: Homecoming,’ I was convinced they were going to fire me,” Holland says. “I don’t know why. ‘Civil War’ hadn’t come out yet, and I just didn’t hear anything from anyone. I can’t really explain it. It was awful, but they didn’t — obviously. It’s been crazy, mate. I’ve loved every minute of it.”