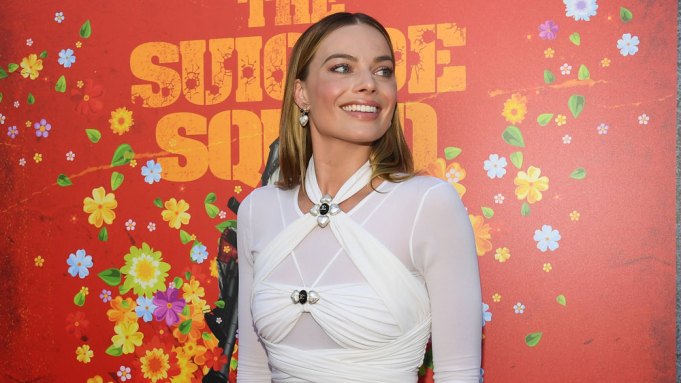 After Warner Bros. released Zack Snyder’s director’s cut of “Justice League,” fans are rallying for the company to release David Ayer’s cut of his 2016 supervillain team-up movie “Suicide Squad” after he confirmed its existence in an emotional letter last week. The stars of “Suicide Squad” weighed in on the Ayer cut at the premiere of “The Suicide Squad,” the follow-up by director James Gunn, on Monday.

“I think that’s all a very complicated situation that I am probably not responsible for,” Margot Robbie, who plays the iconic Harley Quinn in both Ayer’s “Suicide Squad” and Gunn’s “The Suicide Squad,” told Variety‘s Marc Malkin.

However, that doesn’t mean she wouldn’t like to see it. “I would want to see the cut of every movie I’ve been a part of that I’ve never seen,” she said. “The funny thing is that when you’re an actor — not when you’re a producer — as an actor, sometimes I don’t see it until half the country has seen it. You don’t really get to see the different iterations along the way, unless you’re a producer.”

The call for Warner Bros. to release the Ayer cut intensified last week after Ayer slammed the studio cut of “Suicide Squad.”

“I put my life into ‘Suicide Squad.’ I made something amazing. My cut is an intricate and emotional journey with some bad people who are shit on and discarded (a theme that resonates in my soul.) The studio cut is not my movie,” he wrote in a statement on Twitter.

Joel Kinnaman, who plays Colonel Rick Flag in both films, also said it should be released. “Yeah, why not? You always want to see the director’s vision.”

During an appearance on the “Just For Variety” podcast in June, Kinnaman told Malkin that he was disappointed with “Suicide Squad.” “I thought the first 40 minutes of the film were fucking great, and then there were conflicting visions and it just didn’t end up being what we all hoped it was. It didn’t feel like the movie that we hoped we were going to make,” Kinnaman said.

When asked if Ayer’s cut should be released, John Cena, who plays Peacemaker in “The Suicide Squad,” said, “It’s in a company’s best interest to listen to their audience, and if it’s something that’s so in demand and they got it, why not?

As for the new “The Suicide Squad,” Robbie says she loves what Gunn has done with Harley Quinn. “He definitely got her voice and the tone of how unpredictable she can be. There are a lot of twists in this film, and people will definitely be caught off guard at times,” she said. “He was able to push the comedy in a certain direction and the violence in a certain direction and let Harley loose.”

Cena added, “One of the things James does so well, among all the other stuff, is he’s so active with his audience. He really is interactive with the people that are diehards of the IP and know the material. So if you want to talk about somebody who knows your audience, they picked the right guy for this project.”

“The Suicide Squad” is in theaters on Aug. 6.