Steven Yeun on Leaving ‘The Walking Dead’: ‘There Wasn’t Really Much of a Fight on My End’ 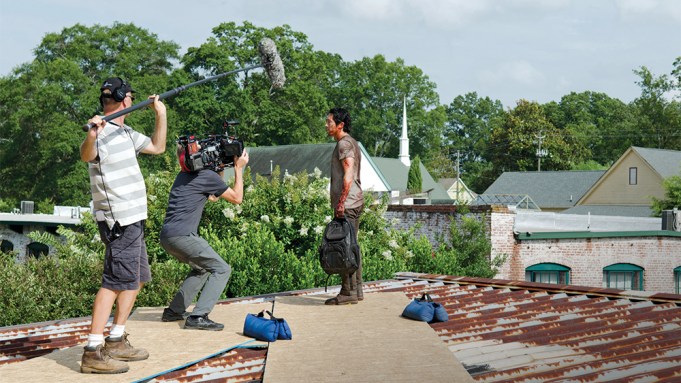 During their conversation for Variety’s Actors on Actors series, presented by Amazon Studios, Steven Yeun and Riz Ahmed talked intensely about such topics as the immigrant experience as reflected in “Minari,” how Ahmed learned sign language for “Sound of Metal” and the idea of “code switching” — how, as actors of Asian descent, they’ve been subjected to prejudice, both in the larger world and in the entertainment industry.

Ahmed asked about how Yeun’s experience on the hugely successful horror drama “The Walking Dead” factored in the discussion, to which Yeun replied, “Dude, thanks for asking this.”

Yeun called his character, the fan-favorite Glenn Rhee, a “plucky, nice guy — nice to everybody.” He said, “That is me, and that’s not a thing I’m ashamed of — it’s just I’m more than that. And I think that over the course of the journey, I tried to expand, and I think Glenn grew to an extent alongside me.

“But then there was a point in which I realized that, he almost became a ceiling, because I became an idea over a human character,” Yeun continued. “Then he was more asked to service as the moral compass for the show. And that’s cool, a show needs that. I was happy to service that.”

Yeun was on “The Walking Dead” for its first six seasons. Glenn was killed — brutally, by the villainous Negan (Jeffrey Dean Morgan) — in the premiere of Season 7.

And Yeun was OK with it. “There wasn’t really much of a fight on my end,” he said. But it wasn’t easy, and “it was still sad,” he said — especially because “it was such a beautiful time on that show.”