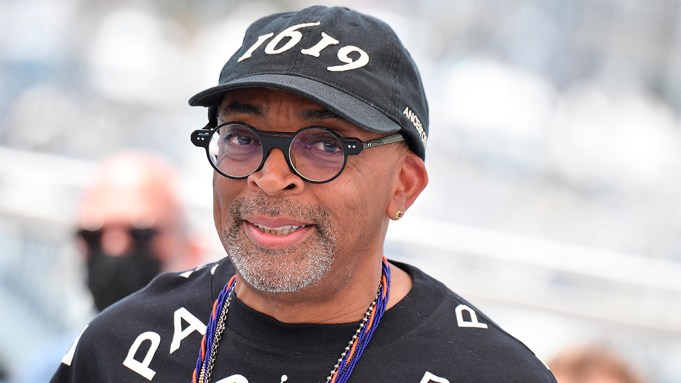 Spike Lee is making history at Cannes Film Festival. The Oscar-winning director is the first Black president of the jury, where he’ll head the nine artists and actors — including Maggie Gyllenhaal, Tahar Rahim and Song Kang-ho — tasked with voting on the prestigious Palm d’Or.

“Cannes is the world’s greatest film festival,” Lee said on Tuesday afternoon in the South of France. “No disrespecting other film festivals.”

Lee has been coming to Cannes since 1986, when his first film “She’s Gotta Have It” debuted at the festival. “One of my most memorable Cannes had nothing to do with film,” Lee said. “It was back in the 1990s, when the New York Knicks were good. We were in the NBA finals. I flew from Nice to New York for a game and came back.” He took a beat. “The Knicks lost that game.”

Chaz Ebert asked the first question at the press conference, as she recalled how her late husband — the film critic Roger Ebert — was furious that Lee’s “Do the Right Thing” didn’t win the top jury prize in 1989.

“I want you to know that I have a very special place in my heart for Roger, and you know that,” Lee said. “That was not a popular decision what he felt about the film. A lot of people felt that, especially American press, said this [would] start race riots all over America.

“A couple weeks ago was the 32nd anniversary of the film,” Lee continued. “I wrote it in 1988. When you see brother Eric Garner, when you see king George Floyd murdered, lynched. I think of Radio Raheem. And you think and hope that 30 mother-fucking years later, Black people would stop being hunted down like animals. So, I’m glad to be here, though.”

The idea of Netflix as a disruptor in the movie business has always been a charged issue at Cannes. Since 2018, the festival hasn’t allowed the streaming service to participate in competition because its movie don’t play in French cinemas. When asked a question about Netflix’s place in cinema, Lee defended the platform. (He released his first Netflix film, “Da 5 Bloods,” last year).

“Cinema and screening platforms can coexist,” Lee said. “At one time, there was a thinking that TV was going to kill cinema. This stuff is not new. It’s all cycle. And it’s well documented that ‘She’s Gotta Have It,’ when it appeared at film festivals, was a launching pad for my career.”

Lee is omnipresent in Cannes, as his face appears on the official festival poster. The 74th Cannes Film Festival begins with the opening night movie “Annette,” a musical starring Adam Driver and Marion Cotillard.