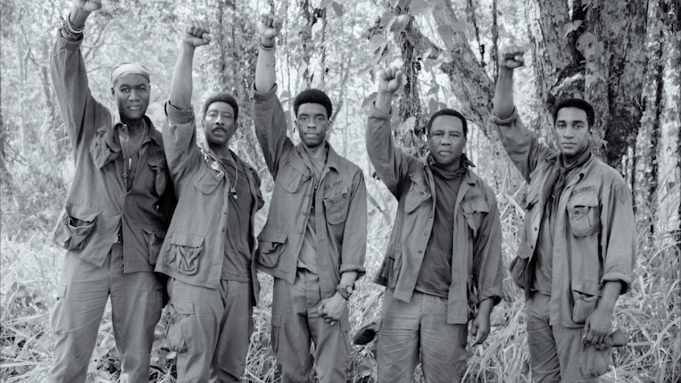 However, Lee’s budget from Netflix was $43 million, while it was rumored that Scorsese’s film spent more than $100 million solely on the special effects process.

“Da 5 Bloods” follows four Vietnam veterans (Lindo, Jonathan Majors, Clarke Peters and Norm Lewis) who return to the country decades after the war has ended, in search of their squad leader’s remains (Boseman) and the gold treasure he helped them hide.

As a result of the budgetary constraints, Lee opted to have the same actors portray the adolescent versions of themselves. However, he said the decision also added a metaphorical richness to the film, in which the return to Vietnam represents a journey back through time.

“The truth is I hope on the intelligence of the moviegoing audience that first it might be a shock, but they would get it,” Lee said. “They would understand that these guys are playing themselves, but when you think about it, these men are going back to ‘Nam 40 years later. So, in their mind, they’re there as 17, 18, 19 years old.”

Lee spoke to fellow filmmaker Oliver Stone as part of a conversation for Variety‘s Directors on Directors series. Stone, a three-time Oscar-winning director and writer, is best known for directing Vietnam War-themed films “Platoon” and “Born on the Fourth of July” and penning the screenplay for “Scarface.”