‘She Will’: First Clip of Locarno Selection From Debut Director Charlotte Colbert (EXCLUSIVE) 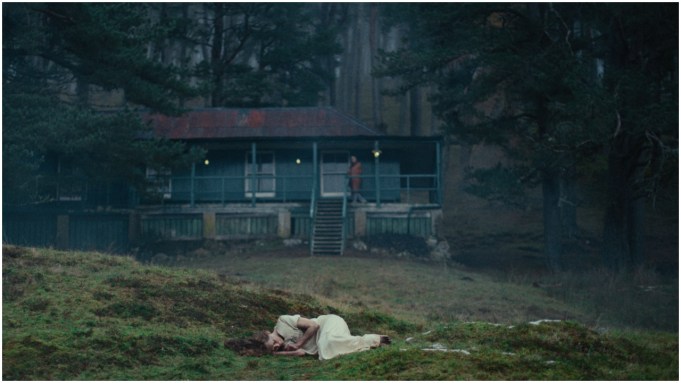 With Academy Award-winning “Roma” and “Gravity” director Alfonso Cuarón already a fan, Charlotte Colbert’s feature debut “She Will” will no doubt similarly impress audiences when it premieres at the Locarno Film Festival this week.

A psychological horror, the film stars Alice Krige (“Star Trek: First Contact”) as Veronica, a double mastectomy patient seeking respite at a rural Scottish healing retreat who soon finds herself able to mete out revenge via her dreams.

“’She Will’ sits in the tradition of great psychological horror films,” Cuarón said of the work. “The images, symbolism and layers within the story slowly convey a metaphysical ecstasy which leaves one questioning long after the film is finished. Charlotte Colbert has crafted a powerful debut.”

As well as directing the project, Colbert is also a co-writer on the film alongside Kitty Percy (“Shakespeare & Hathaway: Private Investigators”). She previously wrote and directed “The Silent Man” starring Simon Amstell (“Grandma’s House”) and Sophie Kennedy Clarke (“Philomena”).

Colbert is an artist and filmmaker who works in the media of film, photography, ceramics and sculpture. Her work has been displayed in Somerset House, Saatchi Gallery and Art Basel, among other locations.

Check out an exclusive clip from the film above ahead its Aug. 5 world premiere at the Locarno Film Festival.