What the ‘Shang-Chi’ Teaser Reveals About Marvel Studios’ Groundbreaking Movie 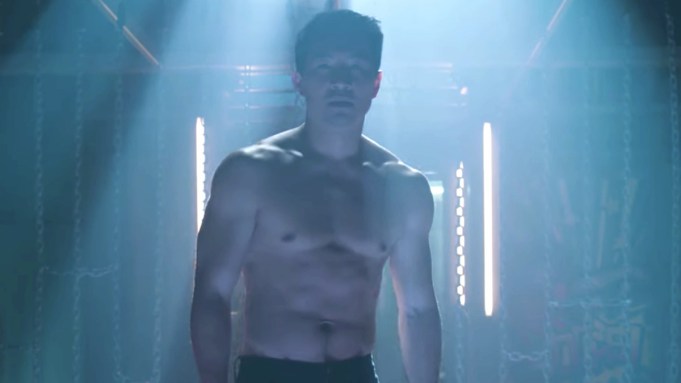 With the debut of the teaser trailer for “Shang-Chi and the Legend of the Ten Rings” on Monday, Marvel Studios has finally pulled back the curtain on the first major superhero movie backed by an American studio to star a predominantly Asian cast. Starring Simu Liu (“Kim’s Convenience”), directed by Destin Daniel Cretton (“Just Cause”) and written by David Callaham (“Wonder Woman 1984”), the film further expands the scope of the Marvel Cinematic Universe while breaking obscenely overdue ground for Asian representation on a blockbuster scale.

Not only was it gratifying to finally see Liu in action as Shang-Chi, the teaser also revealed some tantalizing new details about the movie. Here’s what we’ve learned.

Marvel Comics first introduced Shang-Chi in 1972 as a way to capitalize on the growing popularity of the popular TV show “Kung Fu” (which, coincidentally, was just rebooted as a TV series on the CW with a Chinese American woman, played by Olivia Liang, as its central hero).

Eventually, he becomes a master of the martial art of kung fu, and the teaser makes clear that Shang-Chi spent his childhood brutally training to achieve that goal — only to leave it all behind for a life of anonymity in San Francisco, where he befriends fellow hotel valet, Katy (Awkwafina), the requisite regular person who gets unwittingly pulled into the world of superheroes.

In the comics, the main arc of Shang-Chi’s origin story is the discovery that his father is a villain who needs to be defeated — based on the teaser, it appears “Shang-Chi” will take a similar approach. Several other details, however, have been changed. Including…

Who is Shang-Chi’s father?

In the comics, Shang-Chi was originally the secret son of the villain Dr. Fu Manchu. Eventually, Marvel lost the rights to the Fu Manchu character, which is just as well, since that character has fallen into disrepute due to its obvious and egregious racist stereotyping.

So instead, Shang-Chi’s father has been reconceived as a character named Wenwu, but that isn’t his only name. When Marvel Studios chief Kevin Feige first announced in 2019 that legendary Hong Kong actor Tony Leung was playing the character, he said Leung would be “the real Mandarin.”

If that sounds familiar, it’s because Marvel Studios first introduced the Mandarin in 2013’s “Iron Man 3.” In that movie, to get around the fact that in the comics, the Mandarin was essentially a version of Fu Manchu — with all the same racist tropes — they made the character into something of a joke, played by Ben Kingsley as an actor hired to embody various racist tropes of terrorist boogeymen throughout modern history.

Whether “Shang-Chi” references that history is unclear, but we do know that as Wenwu, Leung is the film’s main Big Bad — the head of the Ten Rings organization that his son fled to San Francisco to escape.

What are the Ten Rings?

In the comics, the rings imbue whoever wears them on each hand with some pretty awesome powers, including the ability to control people’s minds, rob a room of all light within it, freeze any object solid, and discharge powerful bolds of electricity. The rings hold these powers thanks to a series of gems embedded within them.

If this sounds awfully similar to Thanos’ infinity stones, it seems Marvel Studios agrees, because the rings have been reconceived as armbands that are generally worn as bracelets. Although they glow with some kind of blue energy, and clearly provide whoever wears them with super-strength, it’s still unclear whether these bands will correspond with the same abilities the rings hold in the comics. But the brief shot of Shang-Chi and Katy standing inside a room filled with slow-motion water suggests that at least one of them will.

Who are the other characters?

Other than Shang-Chi, Katy, and Wenwu, the teaser focuses on three other characters: Death Dealer, one of Shang-Chi’s main villains, has been reconceived somewhat as the brutal taskmaster behind Shang-Chi’s training as a child. (Who plays Death Dealer remains unclear, what with the mask and all.) Similarly, Shang-Chi’s sister, who stayed behind after Shang-Chi left, has been renamed Xialing (Meng’er Zhang). And Florian Munteanu, who played Viktor Drago in “Creed II,” is playing Razor Fist, so-named because he has, well, blades for fists.

How does this all fit inside the MCU?

The multiple shots of battles in what looks like ancient China implies that this story stretches back centuries, if not millennia, which also raises the question: Where were Shang-Chi, Wenwu, and the Ten Rings organization during the Infinity Saga? Yes, the Ten Rings were responsible for kidnapping Tony Stark way back in 2008’s “Iron Man,” but in the comics, Shang-Chi was fully integrated into the larger Marvel stories, regularly interacting with Captain America, Iron Man, Spider-Man, and Black Widow. It will be interesting to see how “Shang-Chi” accounts for why he and his world have remained so quiet within the MCU until now.

“Shang-Chi and the Legend of the Ten Rings” is scheduled to open in theaters on Sept. 3.