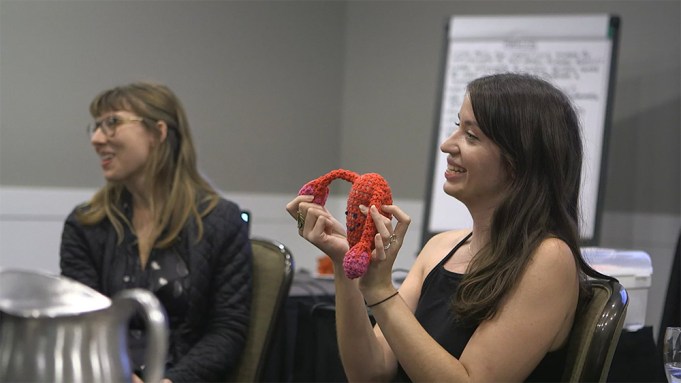 Nearly 15 years after their seminal documentary “The Business of Being Born” examined the birth experience in Western medicine, filmmakers Ricki Lake and Abby Epstein are reuniting to take on women’s reproductive health.

“The Business of Birth Control,” which premiered on Thursday at DOC NYC, is described as a fearless look at the movement to reexamine “the pill,” as younger generations of women start weighing drastic side effects and more nebulous consequences of taking “the same drugs our grandmothers did,” according to Lake.

Currently seeking distribution, the project arrives in a timely and contentious discussion about access to abortions across the country, and public figures like Britney Spears’ fight for body autonomy (the pop star’s assertion she had a forced IUD was a bombshell revelation from her ongoing conservatorship battle).

“This work has been so rewarding for me, to educate and empower women with information. I’m a lay person, I’m not a doctor or an expert,” said Lake. “Thank god the pill was invented for women to have autonomy over their bodies and careers, but we’re still looking at that same medication from years ago.  I suffered significant hair loss and I attribute that mostly to the hormonal effects of the birth control I used for decades.”

Epstein, whose additional credits with Lake include the cannabis-centered “Weed the People,” said the film also opens up a conversation about the historic ties between women of color and birth control.

“We devote a lot of time in the film to looking at the racist history of these drugs. As we were doing our research, we discovered this opens a different wound for women of color. They were sterilized and used as guinea pigs to invent the pill, particularly for Puerto Rican women in early FDA trails. A lot of modern gynecology is built on the backs of slaves,” said Epstein.

The film screens through Nov 28 as a virtual title from DOC NYC, and see an in-person world premiere on Nov. 14 at New York’s SVA Theater in Chelsea. A release is anticipated for 2022, along with a special re-release of “The Business of Being Born.”