Richard Donner, Director of ‘Superman,’ ‘The Goonies’ and ‘Lethal Weapon,’ Dies at 91 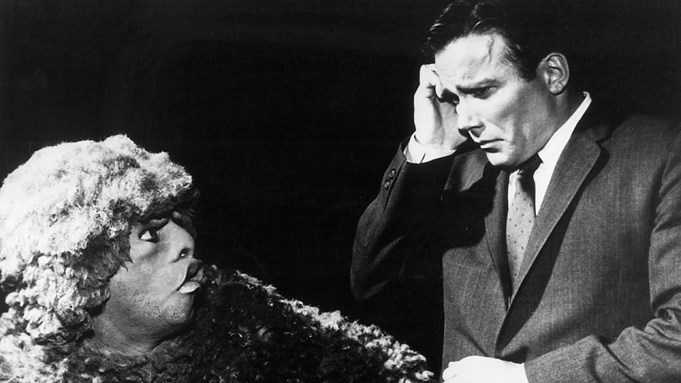 Director-producer Richard Donner, best known for helming the “Lethal Weapon” film series, “The Goonies” and the original “Superman” film, died on Monday. He was 91.

Donner’s production company confirmed news of his death to Variety, though the cause was not disclosed.

Though not his first bigscreen effort, his big feature break came with 1976’s “The Omen,” starring Gregory Peck and Lee Remick. Thereafter, he brought his craftsmanship to the first “Superman.” He also branched out into producing (“Free Willy,” “The Lost Boys”), usually with his wife Lauren Shuler Donner — he executive produced the huge 2000 success “X-Men” and later the prequel “X-Men Origins: Wolverine.” But his career was highlighted by the “Lethal Weapon” series, starring Mel Gibson and Danny Glover, which elevated him to the ranks of directors generating more than a billion dollars in box office.

Born Richard Donald Schwartzberg in the Bronx, he attended Parker Junior College and then NYU, where he majored in business and theater. Donner, who began his career as on the other side of the camera as an actor, soon graduated to television directing, honing his craft through work on such series as “Wanted: Dead or Alive,” “The Twilight Zone,” “The Man From U.N.C.L.E.” and “The Fugitive.”

He studied acting with David Alexander and Dort Clark and worked regularly, mostly off-Broadway in the early ’50s. While appearing in Martin Ritt’s television production of “Of Human Bondage,” Donner took the director’s advice to heart. “Marty told me I’d never make it as an actor because I couldn’t take direction,” he once said, “but he thought I could give it and offered me a job as his assistant.”

Donner then bonded with documentarian George Blake, starting as his driver and eventually working his way up to directing documentaries, industrial films and commercials. After Blake’s death, Donner relocated to Los Angeles, where he broke into directing for television in 1959 with the Steve McQueen Western series “Wanted: Dead or Alive.” He subsequently helmed episodes of “Perry Mason,” “Route 66,” “The Fugitive,” “The Man From U.N.C.L.E.,” “Get Smart,” “The Six Million Dollar Man,” “Kojak” and “The Streets of San Francisco.” He did some of his most memorable TV work for Rod Serling on “The Twilight Zone,” especially the 1963 episode “Nightmare at 20,000 Feet,” starring William Shatner.

In 1961 he directed his first film, the low-budget “X-15,” starring Charles Bronson. He also directed a couple of British films, “Salt and Pepper” and “Twinky” (aka “Lola”) in the 1960s as well as 1969’s “Child Bride.” He broke into directing longform television with such efforts as 1975 telepics “A Shadow in the Streets” and “Sarah T.: Portrait of a Teenage Alcoholic.”

Making full use of what he had learned on “The Twilight Zone,” Donner broke through in the feature film arena with “The Omen,” a 1976 hit thriller that led to a plum assignment, bringing “Superman” to the bigscreen in 1978. He left the successful film’s sequel in an eventually litigious dispute with the films’ producers Alexander and Ilya Salkind. The film was taken over by Richard Lester, though much of Donner’s work remains in the finished film, albeit uncredited. In 2006, “Superman II: The Richard Donner Cut” was released on DVD the same day that Bryan Singer’s franchise reboot “Superman Returns” debuted on home video.

Working from a script by Barry Levinson and Valerie Curtin, Donner directed one of his smaller and more personal films, 1980’s “Inside Moves,” but despite respectful notices, it didn’t perform well at the box office. It was followed by Richard Pryor comedy “The Toy” in 1982.

Donner began to add producing to his credits, many in conjunction with wife Lauren Shuler Donner, with such films as “Omen III: The Final Conflict” and later “The Lost Boys,” “Delirious,” as well as “Demon Knight” (1995) and “Bordello of Blood,” features spawned from the HBO series “Tales From the Crypt” that he also produced from 1989-91. In the 1990s, he also produced the appealing “Free Willy” trilogy of children’s films.

Donner really hit his stride starting with 1982’s period romantic adventure “Ladyhawke,” followed by “The Goonies” (from Steven Spielberg’s Amblin) and especially the “Lethal Weapon” action franchise, the first entry in which appeared in 1987. Three subsequent sequels were all successful, and he also paired with Gibson for “Maverick” and “Conspiracy Theory.”

He continued in the 1990s as a dependable mainstream director-producer via such films as “Scrooged,” starring Bill Murray, and “Assassins,” with Sylvester Stallone. He also exec produced Oliver Stone’s 1999 NFL drama “Any Given Sunday.”

Donner also helmed and produced the time-travel tale “Timeline” in 2003, and in 2006, the Bruce Willis actioner “16 Blocks.” He was exec producer of director Singer’s “X-Men,” which grossed $297 million worldwide in 2000, and its successful 2009 prequel, “X-Men Origins: Wolverine,” which took $379 million worldwide.

He is survived by Shuler Donner, whom he married in 1986.