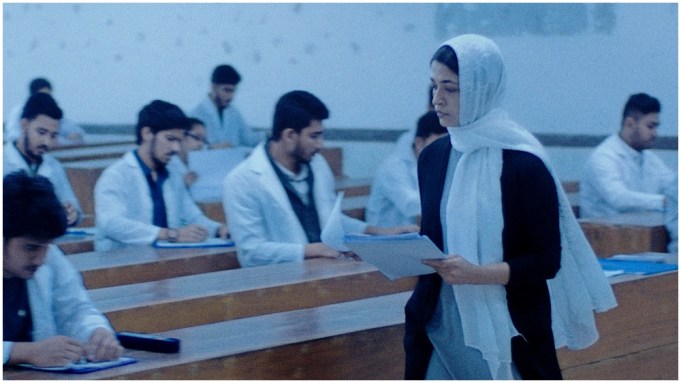 Award-winning Bangladeshi filmmaker Abdullah Mohammad Saad’s “Rehana” premieres in the Un Certain Regard strand of the Cannes Film Festival and Variety has access to an exclusive clip from the film.

The film follows Rehana (Azmeri Haque Badhon), an assistant professor at a medical college, who struggles to keep the harmony between work and family, as she has to play all the complex roles of a teacher, doctor, sister, daughter, and mother. One evening, she witnesses a student storming out of a professor’s office, crying. Deeply impacted by this event, Rehana’s life starts to spiral out of control. She gradually descends into obsession, seeking retribution, just as she receives a complaint from the school about her six-year-old daughter’s unusual behavior.

Rehana refuses to accept the madness of the patriarchal society she lives in and will put everything at stake, in order to find justice for her student and her daughter.

“Maybe the reason behind my obsession with Rehana is that, unlike me, she cannot move on because she cannot accept. She has this need to react and pursue. As I started writing about her, I tried to delve deeper, and soon I began to wonder: is Rehana really a righteous person or is she just processing her own trauma? Is she a humanitarian or a hypocrite? A moralist or an egoist?,” says Saad.

“I think I came to realise that our attempt to understand human nature and find answers only ends up raising more questions. Although the investigation is necessary, I find it very tragic. Perhaps, I intend to share the sadness,” Saad adds.

Saad’s debut feature “Live from Dhaka” won best director and best actor at the Singapore International Film Festival in 2016, and went on to screen at other festivals including Rotterdam and Locarno.

“Rehana” is produced by Jeremy Chua of Singapore’s Potocol, in association with Bangladesh’s Metro Video. Chua is a festival veteran whose producing credits include 2016 Cannes title “A Yellow Bird.” The project was made with the support of the Doha Film Institute Post Production Grant 2020 and the Busan Asian Cinema Fund.

Films Boutique is handling international sales and is representing the film at the Cannes market.