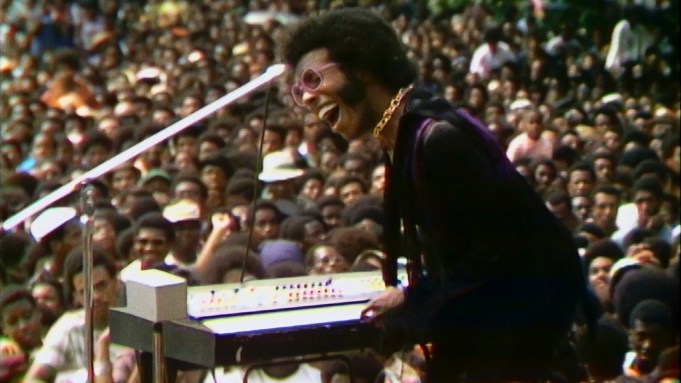 “Summer of Soul,” an acclaimed documentary about the 1969 Harlem Cultural Festival, will fittingly debut over the summer.

Searchlight Pictures is releasing the film in theaters on July 2. On the same day, it will be available to stream on Hulu.

Directed by Ahmir “Questlove” Thompson in his feature-film directorial debut, “Summer Of Soul (…Or, When The Revolution Could Not Be Televised)” premiered to rave reviews at the Sundance Film Festival. After winning both the grand jury prize and audience award, “Summer of Soul” sold for more than $12 million, the biggest price tag for a documentary in the festival’s history.

Among the praise was Variety’s chief film critic Owen Gleiberman, who called the movie “revelatory.”

“It’s a music documentary like no other, because while it’s a joyful, cataclysmic, and soulfully seductive concert movie, what it’s really about is a key turning point in Black life in America,” he wrote.

The feature showcases filmed footage of the Harlem Cultural Festival, including never-before-seen concert performances by B.B. King, Nina Simone, Sly & the Family Stone, Gladys Knight & the Pips, Stevie Wonder and more. Despite the top-level talent that performed at the festival, the concert went largely unremembered and, according to the opening title of the film, the footage “sat in a basement for 50 years. It has never been seen.” Thompson and his team of producers unearthed more than 45 hours of footage to bring the film to life.

“Watching ‘Summer of Soul,’ what you experience is nothing less than the sound of freedom,” Gleiberman said. “The film is about how that feeling was encoded in the music, and how it spread to the audience, and also from the audience. ‘Summer of Soul’ shows us that what unfolded on an outdoor stage in Harlem in 1969 could become a deliverance: the fulfillment of something that had been building for decades.”