Let’s Talk About the Knockout Ending of ‘Promising Young Woman’ 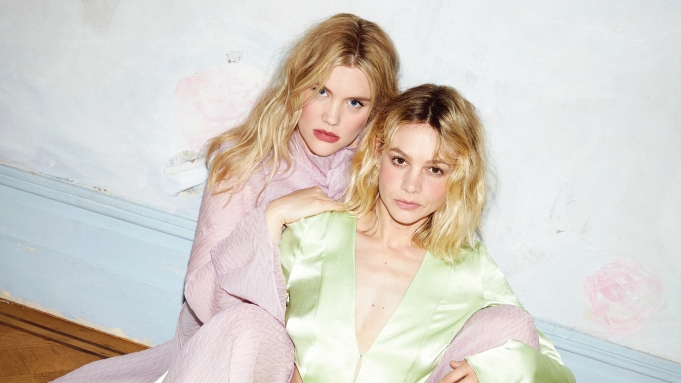 First of all, for the love of God, do not read this story or watch the video unless you’ve seen Emerald Fennell’s “Promising Young Woman.” Just stop now — unless, of course, you love spoilers, in which case… go forth.

In “Promising Young Woman,” Carey Mulligan plays Cassie, whose childhood best friend, Nina, was raped during a raucous party in medical school. While we never find out exactly what happened afterward, what emerges is that Nina dropped out of school after a sham investigation — and so did Cassie, in order to take care of her. We also know that Nina is dead.

At some point before the movie’s action starts, Cassie began devoting herself to avenging Nina. She goes to bars and acts wasted, and inevitably a man picks her up in order to, he tells himself and possibly his bros, get her home safely. When he, again inevitably, begins to have sex with her — without her consent — Cassie then springs upon him that she’s stone-cold sober, shaming him. Once back home, where she lives with her parents, she makes a mark in a notebook, and feels both satisfied and very sad.

If theaters were currently open nationwide, audiences would be exiting cineplexes talking energetically about “Promising Young Woman” — about Mulligan’s tour-de-force performance, and what it’s saying about the world in which we live. They would also be discussing — and probably arguing — about its ending. Now that it’s available on VOD, perhaps those conversations will happen in living rooms, over text and (lord help us) on Twitter.

In the movie’s third act, Ryan (Bo Burnham), Cassie’s new boyfriend, has broken her heart: She’s discovered that he witnessed Nina’s rape — possibly even egging on rapist Alexander Monroe (Chris Lowell). We never actually see the video that their former classmate Madison (Alison Brie) has given Cassie. But whatever it is that Cassie sees (and hears) propels her confront Ryan, break up with him, and blackmail him into helping her locate Al for her climactic revenge.

And so Cassie goes to find Al, who is celebrating his bachelor party with his best friends at a remote cabin in the woods. Cassie, dressed as a stripper in a nurse uniform, drugs the leering men and takes Al upstairs to a bedroom. She handcuffs him to the bed and tries to force him to confess what he did. Instead, he is able to turn the tables on her, and smothers her to death with a pillow in a two-minute harrowing and nearly silent sequence. In the morning, his best friend Joe (Max Greenfield) finds him next to Cassie. Together, they burn her body.

The police begin to investigate her disappearance, and it seems that because of Cassie’s rage-filled hobby, that Al will get away with it. But Cassie is nothing if not a brilliant and promising young woman.

As a Plan B, she’s sent evidence of Nina’s sexual assault to Al’s former lawyer (Alfred Molina), who would very much like to repent for the choices he made as an attorney years ago. Whatever Cassie sent as proof of her disappearance (we never see it), the police find her remains.

At Al’s wedding reception, with Juice Newton’s “Angel of the Morning” as background music, Ryan begins to receive pre-scheduled text messages from Cassie, taunting him. “Enjoy the wedding!” he reads, as the police arrest Al. “Love, Cassie & Nina.” The final image of the movie is a winky emoticon — certainly the greatest use of an emoticon in cinematic history.

The finale of “Promising Young Woman” wasn’t Fennell’s original idea for the conclusion.

The first version of the script ended with Al and Joe burning Cassie’s body. In other words, bleak as hell! Fennell’s financiers balked, she said with a laugh: “They were, like, ‘Come on, we’re going to give you money to make this!’ But in my heart, I think that’s where it would have ended.”

When she originally sat down to write the script, Fennell had yet another ending in mind — one in which Cassie walks into Al’s bachelor party and triumphs — “the big, fuck you, cathartic ending,” she said, in which Cassie “is going to put on a sexy outfit and she’s going to kill a ton of guys!”

“It was never written,” she continued, “because the moment Cassie is in that room, I realized that there is no way of honestly showing that. Because it’s not true. And it was important to me to play out as realistically as I could, what this would look like.”

Indeed, Fennell realized that the fuck-you revenge ending was physically impossible: “I cannot imagine being in a room with a man and threatening him where it plays out in any different way — no matter how much we want it to be the case.”

After all, from Al’s point of view, he would be scared for his life. On set, Fennell told Lowell, “You’re a good guy. You love your fiancé! Something happened at university that you barely remember with a girl that was, as far as you guys were all concerned, crazy drunk, and always shagged everyone.

“This woman is going to do something terrible to you,” she said. “You’re going to fight for your life and it’s going to be horrific for both of you.”

But make no mistake — Fennell loves the ending on screen.

“Somebody as meticulous as Cassie does not go to a cabin in the middle of nowhere with a ton of drunk men thinking that something bad might not happen,” Fennell said. “And so she’s made arrangements for if she doesn’t come back that will expose all of them.”

Mulligan agreed. She said they filmed a scene that didn’t make it into the movie in which Cassie had a bruise on her hand, showing that one of her evenings seeking bad men in bars “had gone wrong.” She knows she’s always putting herself in danger, and in the case of Al’s bachelor party, “she knows that that’s a very, very strong possibility” that she might die. But to Cassie, “it’s worth the immense risk.”

Mulligan said Cassie is “cavalier with her life for her cause.”

Cassie would also know by then that she wouldn’t be able to count on Ryan. Indeed, when the police come to ask him questions about her disappearance — which would be a chance for him to do the right thing and say she’d gone to Al’s party — he protects his old friend and sells her out — reinforcing the detective’s idea that she was “unstable.”

“She was not in a good place,” Ryan tells him.

“He so wants to be good,” Fennell said. “But he’s not going to blow up his own life.”

And then there’s this: Envisioning Al getting arrested at his own wedding is something that Fennell thinks Cassie would enjoy. “I think Cassie has a very, very sick sense of humor,” she said, laughing. “And I think that the idea of destroying Al’s wedding would have made it almost worth it for her so much. She hates him so much!”

Mulligan did not use a stunt double for her agonizing death scene.

The moment of Cassie’s death is a terrible blow for the audience — it leveled the film’s Sundance premiere crowd — seeing a heroine whose nerve is tested and never gives, until a flimsy handcuff gives Al the space to overpower her.

It was a brutal sequence to film: a slow tracking shot, pushing in on Cassie struggling beneath a pillow as the white of her nurse’s tights flail wildly in protest, her head covered by a pillow.

“My father-in-law is a retired policeman, so I asked him how long it would take to smother somebody,” Fennell said. “We timed it out. He said about two-and-a-half minutes. It’s completely unrelenting. But I really believe strongly that if you’re going to show violence, you need to… I think actually the worst thing you can do is treat it glibly. So it is shocking, but it’s not supposed to be nice.”

In a film full of dazzling pop tracks and video game synths, the smothering sequence is completely silent — and all the more horrifying for it. While the scene was marked and blocked with a stunt team, Mulligan filmed the scene herself with Lowell, her head beneath a pillow, compressed by his kneecap.

“It’s difficult to talk about. I remember everyone at the monitor. It was happening in real-time and also it’s a stunt and it’s dangerous, [so] obviously if something does go wrong, it’s difficult to know,” Fennell said. “There was a bit of a hairy moment, but luckily everything was OK. When it was happening, when we were watching it, it was just silent.”

Mulligan said the moment was “the most honest thing. We had to tell the truth about that situation, and it had to be exact.” Harder than the actual shoot, she said, was the subsequent voice dubbing in post-production (called ADR, automated dialogue replacement).

“It was somehow worse to do the ADR for it … I had like three different pillows brought into the ADR booth and sort of had to recreate the noises. It was not fun all,” Mulligan said.

So, was Cassie doomed the moment Nina was raped?

There’s a question hanging over “Promising Young Woman.” Does Cassie have any desire to live a different sort of life — the life that she might have led had Nina not been raped? For a moment with Ryan, happiness seems possible. One look at the video proving Ryan’s presence at Nina’s rape brings an end to that.

Fennell put it this way: “Look at these two paths in front of this promising young woman. One is just skipping through daisies and delicious, beautiful candy land. And one is hard and lonely and bleak. Who chooses the hard road? It’s a horrible road to choose.”

But all along the way, Fennell said, Cassie was actively choosing to avenge Nina — it wasn’t some sort of fate orchestrated from on high. “It’s been 10 years of slow burn — of tiny minute decisions of self-harm, of hardening. Of opening a wound, and it growing over, and then opening it again.”

The movie, Fennell said, finds her “right bang in the middle of that process.”

“Promising Young Woman” is a mixture of genres — thrillers, revenge movies and comedies like “16 Candles” and “Animal House” when male characters openly contemplate having sex with drunk, unconscious women (aka … raping.). What happened to Nina has given Cassie a purpose — and what she does for that purpose “many, many male protagonists have been doing for years,” Fennell said. “Men are allowed to nobly die a lot.”

Yes, Cassie does die a noble death. And in her mind, when she intricately planned her revenge, she’s reunited with Nina — in emoticons, at least.

“She is heroic, even if that heroism is distressing in lots of ways,” Fennell said. “And it may not be right. But I do feel strongly that what she does was the only thing she felt she could do.”