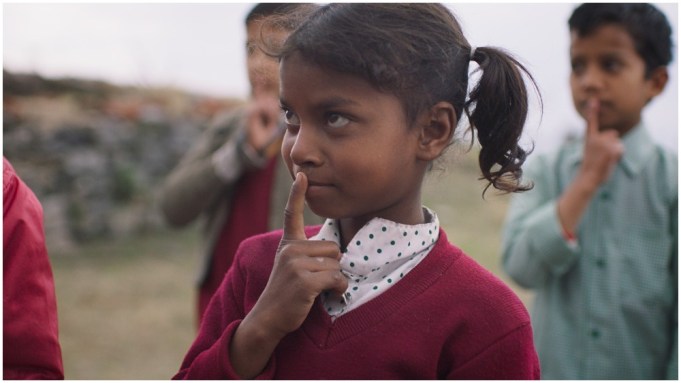 “The White Tiger” actor Priyanka Chopra Jonas talks to director Karishma Dev Dube and the young stars of “Bittu,” which is shortlisted in the live action short film category at the 2021 Oscars.

“Bittu” is the story of a close friendship between two girls (played by Rani Kumari and Renu Kumari) in northern India that is eclipsed by an accidental poisoning at school. The film is based on a real life incident from 2013, where 136 school children were hospitalized and 22 died after eating school lunch that was contaminated with pesticide.

“Bittu” is Dube’s New York University thesis film. The film is riding a wave of acclaim and recognition. It won a silver medal at the Student Academy Awards in 2020, and has had a stellar festival run. It played at the BFI London Film Festival, Telluride, Palm Springs Shortfest, Hollyshorts, where Dube won best director, and the Denver Film Festival, where it won best domestic film.

In the video, Chopra Jonas moderates a discussion that reveals how the young actors got used to the camera and the games they played on set, while Dube explains why she made the film, and her process.

The collective is running a fundraiser for the two girls and their siblings so that they can continue being educated and enjoy an enhanced quality of life, with non-profit organization Educate Girls and the Global Giving crowdfunding platform.

“Bittu” is produced by Mary Evangelista (“Fran This Summer”) and Shreya Dev Dube (“Cat Sticks”), who was also the film’s cinematographer.

This #InternationalWomensDay we are humbled by the unconditional support from none other than – @priyankachopra for our endeavour to raise funds for the education of Rani & Renu, two little debutants from Karishma Dev Dube’s short film BITTU! ❤️ pic.twitter.com/KM2qaDXcmY