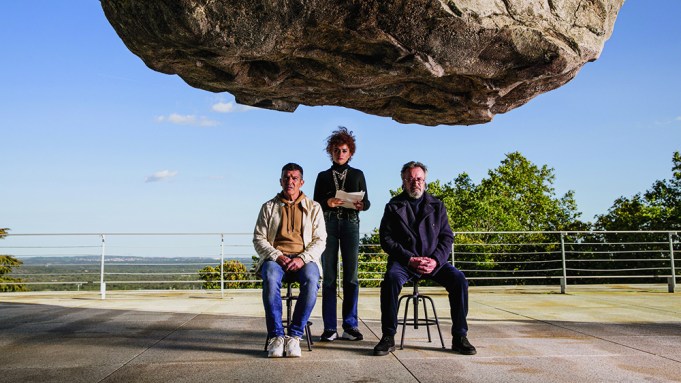 In the run-up to its roll-out in cinema theaters around the world, Penelope Cruz and Antonio Banderas starrer “Official Competition” has a official trailer.

Variety has had exclusive access to its international subtitled version. Buena Vista International will release “Official Competition” in Spanish cinemas on Feb. 25.

Spanish producer The Mediapro Studio and London-based international sales agent Protagonist Pictures already dropped a 48-second teaser trailer in late July, just before the film’s announced selection – appositely – for Official Competition at September’s Venice Film Festival, where it world premiered in September and was pretty much liked by everyone.

They’re the best in their class. ‘Trouble is their classes are miles apart.  Rivero and Torres may be enormously talented, moreover, but they have even bigger egos. To bang some sense of some humility into them while the movie is still in nine-day pre-prod, Lola contrives a series of increasingly imaginative challenges. A couple are captured in the trailer, Cuevas making the duo sit under a huge bolder, or binding the two to their seats and making them look on as she drops their various acting awards into a metal shredder.

“Given immediate comic presence by the poodle-sized perm planted on her head, Cruz is quite obviously having a ball sending up the ivory-tower vanities and mannerisms of the prodigious auteurs she’s worked with over the years,” Variety reviewer Guy Lodge writes. “It’s a performance of fizzy, frenzied, physically elastic inventiveness.”

But, as Lodge notes, the film is grounded in the “human sincerity” of Cuevas’ daft artistic aspirations, and even outsider audiences are invited to feel insiders is this sometimes near surreal send-up of movie-making.

Directed by Mariano Cohn and Gastón Duprat, some of Argentina’s broadest audience arthouse auteurs, “Official Competition” is written by the directors and Andrés Duprat. It is produced by Mediapro head Jaume Roures.

Laura Fernández Espeso, Javier Mendez, Javier Pons at The Mediapro Studio, plus Banderas, Cruz and Martínez all serve as executive producer, in association with RTVE, TV3 and Orange España.

In another suggestion of its wide appeal, “Official Competition” has done robust business with Protagonist unveiling a slew of pre-sales in March to major distributors such as Italy’s Lucky Red, Studiocanal for Germany, Madman for Australia and Hakuhodo for Japan.

IFC Films took U.S. rights in a deal announced in October after the film’s successful run at not only Venice but Toronto and San Sebastian.