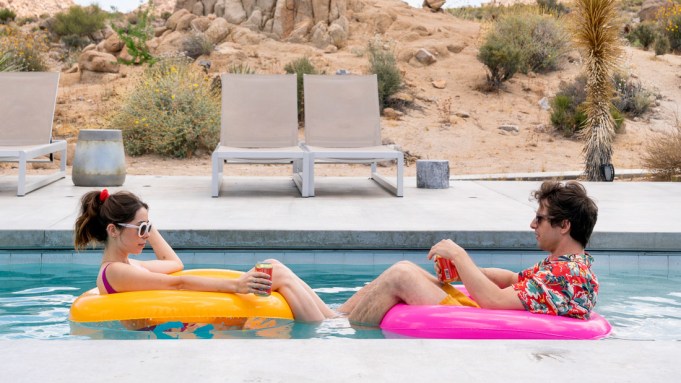 The Disney-owned streamer says this version is the first of its kind — a full cast and filmmaker commentary straight out of the DVD era, come to streaming. The commentary cut, available now, also features input from director Max Barbakow and screenwriter Andy Siara.

“As far as I know we’re the first,” Samberg told Variety of the new version. “We realized that ‘Palm Springs’ will always be on Hulu, which is great, but there are elements of the DVD experience that just don’t exist anymore. They were very amenable in talking about ways to get some fun stuff in there.”

Film fans and journalists have long complained about the lack of home entertainment extras in the streaming era. Netflix has previously attempted podcast commentary companions for films like Jenn Kaytin Robinson’s “Someone Great” and Nahnatchka Khan’s “Always Be My Maybe,” as well as exhaustive behind-the-scenes docs about prestige titles like “The Irishman.” iTunes also offers some digital extras for users who purchase movies from its store.

Hulu said “Palm Springs” broke viewership and social media engagement records for their service when it premiered in July. The film sold for an historic $17.5 million (and $0.69 cents) at last year’s Sundance Film Festival. Producer and star Samberg, Milioti, Barbakow and Siara are currently making awards season rounds for the time-bending comedy. The group has received numerous accolades from critics circles around the nation.

Samberg plays Nyles, a nihilistic wedding guest stuck repeating the same day in an infinite time loop. An accident brings Sarah, the sister of the bride, into his time trap, shaking up his existential woes as she tries to escape. J.K. Simmons, Meredith Hagner, Camila Mendes, Tyler Hoechlin, and Peter Gallagher costar.

Watch the trailer for the commentary version below.