Continue to Variety SKIP AD
You will be redirected back to your article in seconds
Apr 25, 2021 8:25pm PT 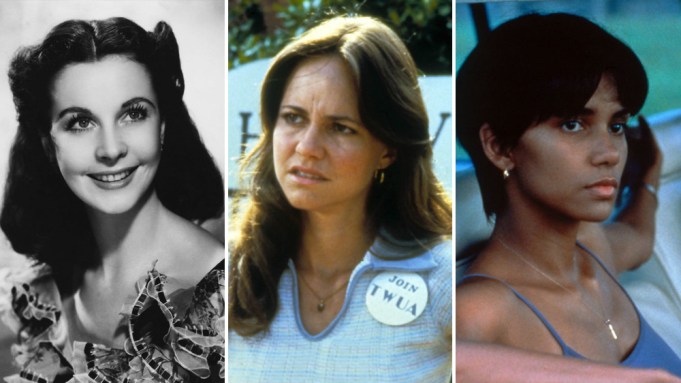 Frances McDormand won best actress at Sunday’s Academy Awards for portraying Fern, a woman who takes to the road after the plant in her small-town closes down, in “Nomadland.” It’s McDormand’s third win in the category, tying her with Meryl Streep and Ingrid Bergman, who each have three victories and within striking distance of the current record-holder, Katharine Hepburn, who has four statues.

In her acceptance speech, McDormand suggested that there should have been a karaoke bar at the ceremony, and quoted the Shakespeare play “Macbeth.”

“I have no words: my voice is in my sword,” McDormand said, quoting Macduff as he fights Macbeth. She then continued in her own words: “We know the sword is our work, and I like work. Thank you for knowing that, and thanks for this.”

In an unusual turn of events, McDormand’s award for best actress was handed out after “Nomadland” won the award for best picture. During the acceptance speech, McDormand let out an unabashed howl in tribute to “Nomadland” production sound mixer Michael Wolf Snyder, who died in March at 35.

McDormand produced “Nomadland” in addition to starring in the film. She previously won Oscars for “Fargo” and “Three Billboards Outside Ebbing, Missouri.” McDormand was also nominated for her work in “Almost Famous,” “North Country” and “Mississippi Burning.” She has also won a Tony Award for “Good People” and two Emmys for starring in and producing “Olive Kitteridge.”

“Nomadland” was released by Searchlight and distributed on Hulu. It’s a cinéma vérité style drama that sees McDormand and actors like David Strathairn interacting with real-life nomads. Chloe Zhao, who first made waves with “The Rider,” directs the film. The picture with its story of Americans moving from place to place, pulled by an independent spirit and a love of the Western landscape, seemed to resonate with voters during the pandemic, coming during a time where travel had been curtailed.