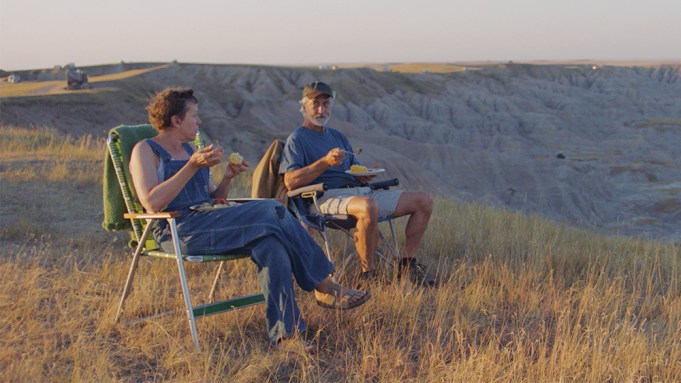 “Nomadland” led the 93rd Academy Awards with three wins out of its six nominations, including a historic best director victory for Chloé Zhao, who became the second woman and the first woman of color to win an Oscar in the category.

Mia Neal and Jamika Wilson became the first Black women to be awarded an Oscar for makeup and hairstyling for their work on “Ma Rainey’s Black Bottom.” The Netflix movie also won for costume design, adding to the studio’s total of seven wins for the night, out of a leading 36 nominations. “Mank,” David Fincher’s tribute to ’30s Hollywood, won for cinematography and production design.

Following behind Netflix, Disney nabbed five awards, which included works from Pixar and Searchlight Pictures. The animation studio picked up its standard win for animated feature for “Soul.” Under this umbrella was also the numerous wins by “Nomadland.” It racked up the coveted best picture and actress prizes, in addition to the directing Oscar.

Sony Pictures nabbed a total of two Academy Awards, both for the Florian Zeller-directed drama “The Father.” Zeller, who wrote the play that the film is based on, won for adapted screenplay with co-writer Christopher Hampton. In the biggest upset of the night, Anthony Hopkins took home the Oscar for best actor — expected to go to Chadwick Boseman for “Ma Rainey’s Black Bottom.” At age 83, he is the oldest winner of an acting Academy Award.