Continue to Variety SKIP AD
You will be redirected back to your article in seconds
Sep 5, 2021 2:56am PT 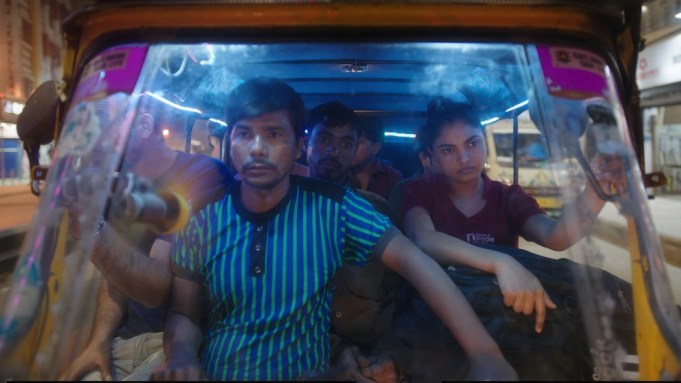 Indian filmmaker Aditya Vikram Sengupta is back on the Lido with his third feature “Once Upon a Time in Calcutta,” which screens in the Horizons strand.

His debut, “Labour of Love” (2014) bowed at Venice Days where it won the Fedeora Award for best director of a debut film.

Inspired by true events, the film follows the life of a bereaved mother and an estranged wife trying to desperately find a new identity, love and independence. But she soon realizes that she is not the only scavenger in the city formerly known as Calcutta, now called Kolkata, which is brimming with hunger. The film explores the interconnected lives of people struggling to live in a city that is experiencing the aftermath of a communist regime.

“For me, exploring the city was not through the city and the infrastructure or the architecture of the locations, but through the cities and the worlds existing in these people, which is why there is such an inter-woven fabric of characters and mindsets,” Sengupta tells Variety.

The teaser provides a glimpse into these characters as they go about their lives in the metropolis. “All of these characters, they’re all based on real people who I know and I’ve interacted with,” says Sengupta.

Sengupta says that he did not watch a lot of world cinema before his debut film, but after it won an award at Venice and during its stellar journey on the global festival circuit and at home in India, people he met told him that his sensibilities are very Asian and that he must watch the works of Jia Zhangke, Tsai Ming-Liang and Apichatpong Weerasethakul. Sengupta duly watched some of their work.

“I deeply connected with Tsai Ming-Liang’s work, particularly, and very strangely, he’s very close to the way I have my initial thoughts about a film because I think images, and I think in the form of very abstract dreamlike images, and I keep writing them down, I keep sketching them down,” says Sengupta. “His films and his imagery really resonate with me.”

“Once Upon a Time in Calcutta” is produced by India’s Wishberry Films and For Films in association with France’s Catherine Dussart Productions and Norway’s DUOfilm AS.